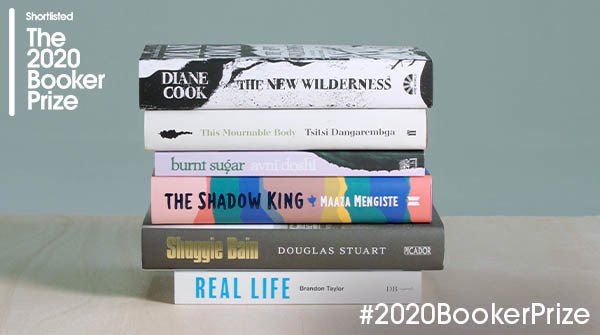 The shortlist was selected from 162 submitted books. Readers of the six chosen books will explore the tender story of a mother’s battle to save her daughter in a dystopian city made inhospitable by the climate crisis; witness a woman confronting the realities of life and morality in Zimbabwe as she descends into poverty; travel to India to unpick an unsettling mother-daughter relationship redefined by dementia; uncover the extraordinary tales of the African women who went to war during Italy’s 1935 invasion of Ethiopia; find humanity and humour in the harsh realities experienced by a marginalised family in 1980s Glasgow; and question what ‘real life’ is in a fresh take on the campus novel, which offers a nuanced account of racism and homophobia.

“As judges we read 162 books, many of them conveying important, sometimes uncannily similar and prescient messages. The best novels often prepare our societies for valuable conversations, and not just about the inequities and dilemmas of the world − whether in connection with climate change, forgotten communities, old age, racism, or revolution when necessary − but also about how magnificent the interior life of the mind, imagination and spirit is, in spite of circumstance. The shortlist of six came together unexpectedly, voices and characters resonating with us all even when very different. We are delighted to help disseminate these chronicles of creative humanity to a global audience.

The novels on this year’s shortlist range in setting from an unusual child growing up in working-class Glasgow in the 1980s, to a woman coping with a post-colonial nightmare in Zimbabwe. Along the way we meet a man struggling with racism on a university campus, join a trek in the wilderness after an environmental disaster, eavesdrop on a woman coping with her ageing mother as they travel across India and in an exploration of female power discover how ordinary people rose up in 1930s Ethiopia to defend their country against invading Italians. It’s a wondrous and enriching variety of stories, and hugely exciting as well."

“Every year, judging the Booker Prize is an act of discovery. What’s out there, how can we widen the net, how do these books seem when compared to one another, how do they fare when re-read? These are questions judges always ask themselves, and each other.

This year there has perhaps been more discovery than usual, both in the sense that debut novels are in the majority, and due to the fact that the judges themselves were surprised to find that was the case. Why were they surprised? They were focussing on the books. No one wins the Booker Prize because of who they are. A book wins because of what it does. What has transpired is a testament to the judges’ faith in – among other things – first fictions: they have found these writers to have much to say, and found them to have said it in a way that became even richer on a second reading."

See which books were on the longlist.