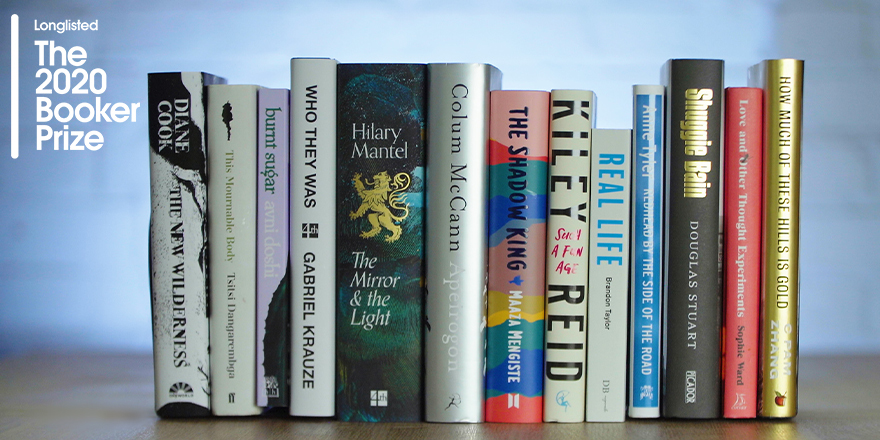 The longlist, or ‘The Booker Dozen’, for The 2020 Booker Prize has been announced, featuring the 13 books in contention for the leading prize in literary fiction written in English.

The Booker Prize for Fiction is open to writers of any nationality, writing in English and published in the UK or Ireland.

What the judges say

“Each of these books carries an impact that has earned it a place on the longlist, deserving of wide readership. Included are novels carried by the sweep of history with memorable characters brought to life and given visibility, novels that represent a moment of cultural change, or the pressures an individual faces in pre- and post-dystopian society. Some of the books focus on interpersonal relationships that are complex, nuanced, emotionally charged. There are voices from minorities often unheard, stories that are fresh, bold and absorbing. The best fiction enables the reader to relate to other people’s lives; sharing experiences that we could not ourselves have imagined is as powerful as being able to identify with characters.

As judges we connected with these writers’ well-crafted prose, the mastery of detail, the arresting sentence, the credibility of the narrative arc, the ability to use to the full, the resources of storytelling. Unplanned, our final selection encompasses both seasoned favourites and debut talents ― a truly satisfying outcome.”

“When the judges had drawn up their longlist of 13 books, one of them said: ‘Out of interest, how many debuts are there?’ We counted. It was more than half the list. That’s an unusually high proportion, and especially surprising to the judges themselves, who had admired many books by more established authors, and regretted having to let them go. It is perhaps obvious that powerful stories can come from unexpected places and in unfamiliar forms; nevertheless, this kaleidoscopic list serves as a reminder.

In this year of seismic change, visibility for new books published in the UK has been drastically low. So, however unintended the ratio, it’s especially heartening to know that some authors who have launched their careers in the midst of Covid-19 may now have a chance to reach the readers they deserve.”

Three novelists have been longlisted before: Hilary Mantel (winner in 2009 for Wolf Hall and in 2012 for Bring Up the Bodies, longlisted in 2005 for Beyond Black), Anne Tyler (shortlisted in 2015 for A Spool of Blue Thread) and Colum McCann (longlisted in 2013 for TransAtlantic).

The shortlist and winner announcements

The winner of the 2020 Booker Prize receives £50,000 and can expect international recognition.

The 2019 Booker Prize for Fiction was won jointly by The Testaments by Margaret Atwood and Girl, Woman, Other by Bernardine Evaristo. In the week following the announcement, sales of The Testaments rose from 11,955 to 13,400 copies while Girl, Woman, Other sold 5,980 copies, more than double its lifetime sales up to that point and a 1,340% increase week on week. Girl, Woman, Other has now spent 25 weeks in The Sunday Times Top Ten in hardback and paperback, several at number one and its combined sales in all editions and formats are heading towards half a million. The book will be published in 32 territories internationally and TV rights have been optioned by Potboiler. After its Booker win it was shortlisted for the Women’s Prize for Fiction and won the best fiction book at the 2020 British Book Awards, while Evaristo picked up Author of the Year.

We have an exclusive opportunity for twelve reading groups to shadow the prize shortlist, reading and reviewing one of the books before the judges choose a winner. Two groups will read each shortlisted book. All groups are welcome to apply, in particular groups of young adults or students. If you would like to apply, please visit our Noticeboard.