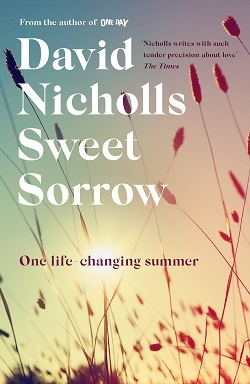 The next book to be featured on the Jo Whiley Radio 2 Book Club will be Sweet Sorrow, the new book from bestselling author David Nicholls! It was released on 11 July and David will be on the show on Monday 5 August.

Charlie Lewis is the kind of boy you don’t remember in the school photograph. His exams have not gone well. At home he is looking after his father, when surely it should be the other way round, and if he thinks about the future at all, it is with a kind of dread.

Then Fran Fisher bursts into his life and despite himself, Charlie begins to hope.

But if Charlie wants to be with Fran, he must take on a challenge that could lose him the respect of his friends and require him to become a different person. He must join the Company. And if the Company sounds like a cult, the truth is even more appalling.

The price of hope, it seems, is Shakespeare.

The book was selected with the help of a panel of library staff from across the UK. Our readers loved Sweet Sorrow – here are some of their comments:

“I loved every moment of reading this book. A story of first love through the performance of Romeo and Juliet between two characters from different sides of the tracks, and all the parallels with the play are there. The writing is so superior; the characters so realistically written you invest in it right from the start. The love story develops at such a pace that you wonder when the two getting together will actually happen, until you are reminded by Nicholls that Romeo and Juliet was all about the anticipation and the fallout afterwards, not the actual relationship itself. So clever. I also invested so much in it as the main character Charlie, an intelligent lad who hasn’t had the opportunity to shine and develop self-confidence through the school system, and is also dealing with his parents’ divorce and his father’s depression. The play and relationship with Fran, and her faith in him, allows Charlie to blossom, build his self-confidence, and build the relationship and sympathy with his father. The book has humour, depth, pathos and reality and Nicholls evokes the awkwardness of a boy entering into adulthood so well. A long book but worth every page – highly recommended.”

“The book covers the life of a teenage boy in detail, it shows him worrying about his dad’s drinking, the horror of being left with a manic depressive who provides no real support to a teenager in his most vulnerable years, the horror of a mother taking her daughter with her and leaving her son behind. It’s not an enormous book, but it covers the challenges of teenage life with sympathy, we see him move away from friends who were both racist and homophobic and embrace new friends who stick by him through his life. It is just a very heart-warming book and will be appreciated by all readers.”

“I loved this book! Charlie is sixteen, has big problems at home and school is a bit of a nightmare. However, one day whilst out on his bike he encounters a group of students from his school and the posher school up the road, all engaged in rehearsals for an amateur production of Romeo and Juliet. And there he meets and immediately falls for the lovely Fran Fisher (who just happens to be playing Juliet). From there on things start to develop until eventually….well I won’t spoil it for you. This is one of those coming of age tales that authors like David Nicholls do so well. It’s about self-discovery, love, dealing with the challenges that adulthood (and adults) place before us and how sometimes, one unforgettable summer can change and shape us forever. I’d thoroughly recommend this for the Radio 2 Book Club.” 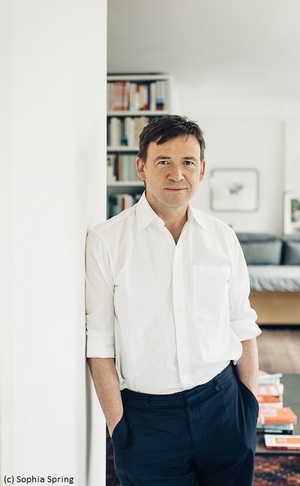 David Nicholls is the bestselling author of Starter for Ten, The Understudy, One Day and Us. One Day was a number 1 Sunday Times bestseller, winning the 2010 Galaxy Book of the Year Award. David was named Author of the Year at the 2014 National Book Awards after his fourth novel, Us, became another number 1 bestseller and was longlisted for the Man Booker Prize for Fiction.

David’s first screenwriting break came when he wrote for the third series of Cold Feet. Highlights since then have included adapting Far From the Madding Crowd and Great Expectations and his own first novels Starter for Ten and One Day into feature films. His most recent screenwork was Patrick Melrose, starring Benedict Cumberbatch, which he adapted from the novels by Edward St Aubyn.

Tune in to Jo Whiley’s show on Monday 5 August to hear a live interview with David.

Planning to buy Sweet Sorrow for your group? Buy books from Hive and support The Reading Agency and local bookshops at no extra cost to you.