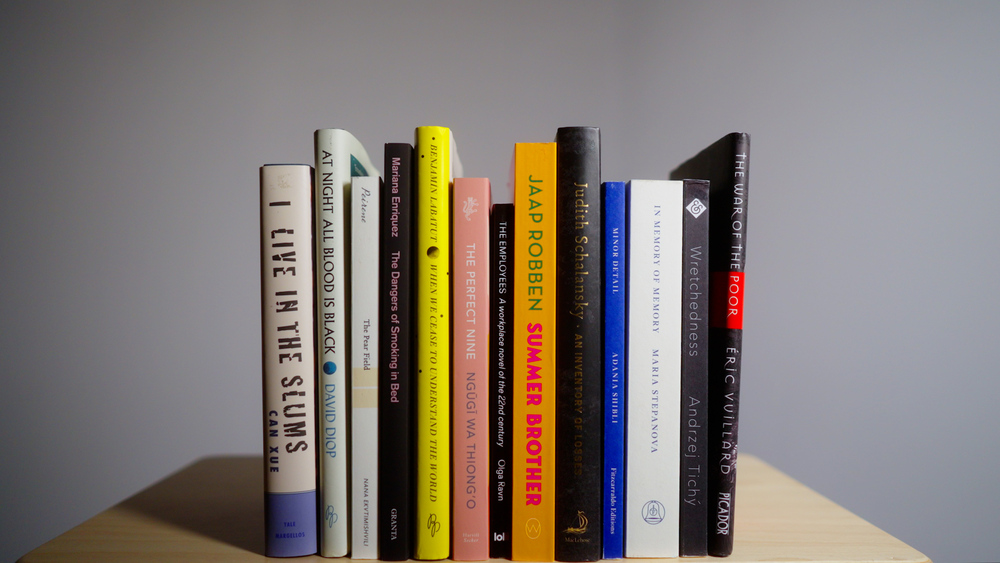 On 30 March, the judges of the 2021 International Booker Prize reveal the 13 novels longlisted for the prestigious award which celebrates the finest translated fiction from around the world.

Complementing The Booker Prize for Fiction, the prize is awarded every year for a single book that is translated into English and published in the UK or Ireland. It aims to encourage more publishing and reading of quality works of imagination from all over the world, and to give greater recognition to the role of translators. Both novels and short-story collections are eligible. The contribution of both author and translator is given equal recognition, with the £50,000 prize split evenly between them. Each shortlisted author and translator also receives £1,000, bringing the total value of the prize to £62,000.

This year the judges considered 125 books.

The full 2021 International Booker longlist is:

“In a year when we could scarcely leave our own houses, we judges have been crossing continents, transported by our reading. Every book we’ve read is unique. However a theme does emerge – migration, the pain of it, but also the fruitful interconnectedness of the modern world.

Not all writers stay in their native countries. Many do, and write wonderful fiction about their hometowns. But our longlist includes a Czech/Polish author’s vision of a drug-fuelled Swedish underworld, a Dutch author from Chile writing in Spanish about German and Danish scientists, and a Senegalese author writing from France about Africans fighting in a European war.

Authors cross borders, and so do books, refusing to stay put in rigidly separated categories. We’ve read books that were like biographies, like myths, like essays, like meditations, like works of history – each one transformed into a work of fiction by the creative energy of the author’s imagination.

Thanks to those remarkable books, and to their translators, we’ve been freed to explore the world. We hope this prize will inspire many more readers to follow us."

The shortlist for the prize will be announced on 22 April 2021, and the winner announced on 2 June 2021 in a virtual celebration from Coventry, City of Culture 2021.

Listen to the brilliant Booker Prize podcast with Joe Haddow.