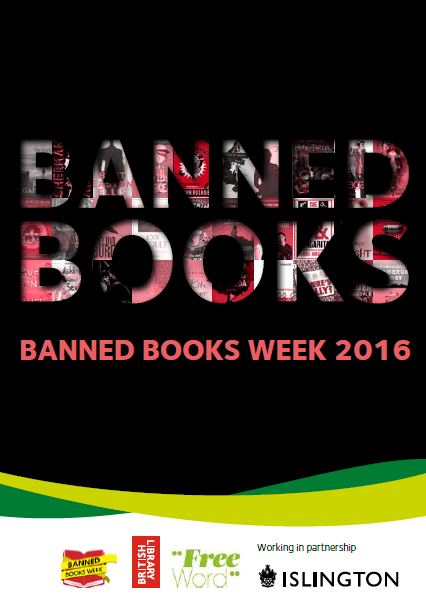 Banned Books Week was launched in 1982 in response to a sudden surge in the number of challenges to books in schools, bookstores and libraries in the US. Since then, according to the American Library Association, more than 11,300 books have been challenged.

Islington Library and Heritage Services, along with the British Library and Free Word, are celebrating Banned Books week and drawing attention to censorship and free speech working alongside the American Library Association.

The 2016 celebration will be held from Sunday 25 September until Saturday 1 October.

On Thursday 22 September the British Library will launch Banned Books Week with the event ‘Censorship and the author’.

On Tuesday 27 September, the Free Word Centre will be hosting ‘Who Is Afraid of Comics?’