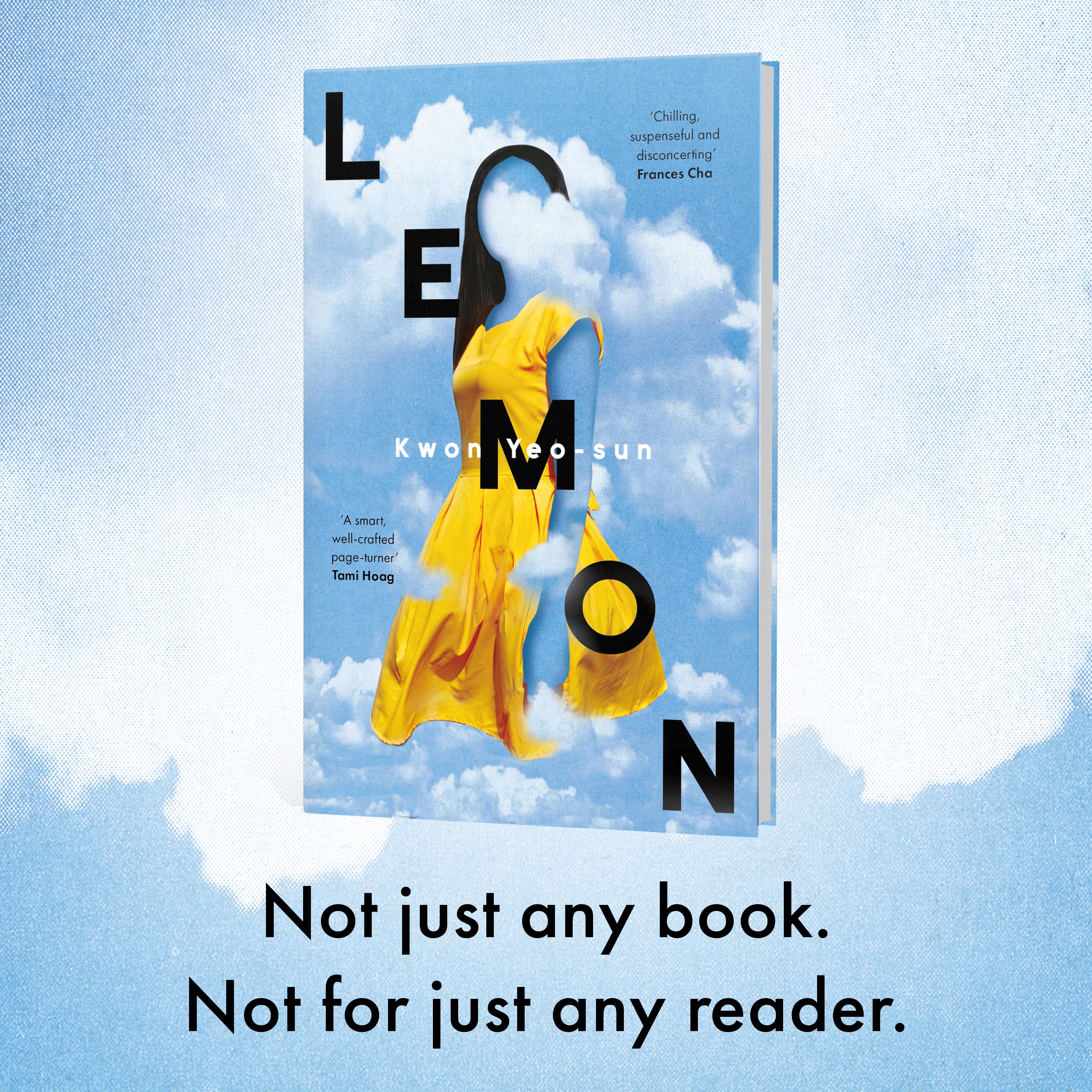 Head of Zeus are delighted to be offering 10 hardbacks of Lemon by Kwon Yeo-sun & translated by Janet Hong to 3 reading groups.

In the summer of 2002, nineteen-year-old Kim Hae-on was murdered in what became known as the High School Beauty Murder. There were two suspects: Shin Jeongjun, who had a rock-solid alibi, and Han Manu, to whom no evidence could be pinned. The case went cold.

Seventeen years pass without justice, and the grief and uncertainty take a cruel toll on her younger sister, Da-on, in particular. Unable to move on with her life, Da-on tries in her own twisted way to recover some of what she’s lost, ultimately setting out to find the truth of what happened.

Told at different points in time from the perspectives of Da-on and two of Hae-on’s classmates, Lemon is a piercing psychological portrait that takes the shape of a crime novel and is a must-read novel of 2021.

If you would like a chance to read Lemon for your reading group, in exchange for providing a review on Amazon UK, please email using the contact details below.