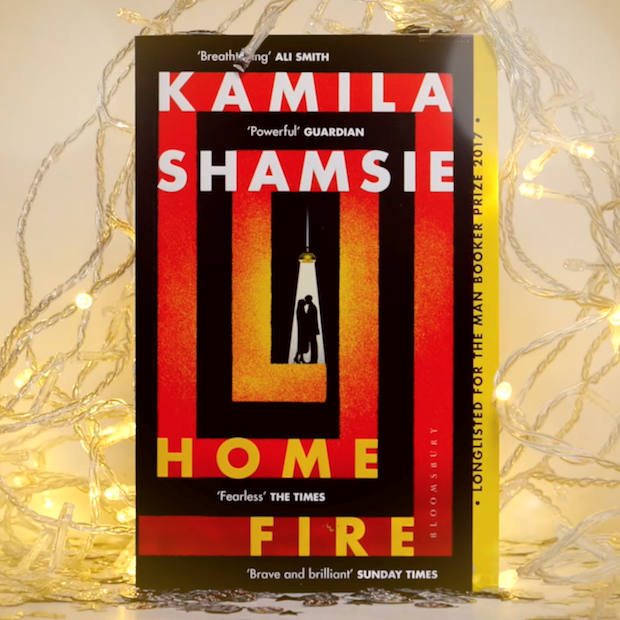 Kamila Shamsie has won the 2018 Women’s Prize for Fiction with her novel Home Fire, as announced at the winner ceremony on Wednesday 6 June.

The Women’s Prize for Fiction is the UK’s only annual book award for fiction celebrating excellence, originality and accessibility in women’s writing from throughout the world. Any woman writing in English – whatever her nationality, country of residence, age or subject matter – is eligible.

Isma is free. After years spent raising her twin siblings in the wake of their mother’s death, she resumes a dream long deferred – studying in America. But she can’t stop worrying about Aneeka, her beautiful, headstrong sister back in London, or their brother, Parvaiz, who’s disappeared in pursuit of his own dream – to prove himself to the dark legacy of the jihadist father he never knew.

Then Eamonn enters the sisters’ lives. Handsome and privileged, he inhabits a London worlds away from theirs. As the son of a powerful British Muslim politician, Eamonn has his own birthright to live up to – or defy. The fates of these two families are inextricably, devastatingly entwined in this searing novel that asks: what sacrifices will we make in the name of love?

“The book which we felt spoke for our times”

“This was a dazzling shortlist, it had depth and richness and variety. We were forcibly struck by the quality of the prose. Each book had its champions. We loved the originality of mermaids and courtesans, we were awed by the lyrical truth of an American road trip which serves as a commentary of the history of race in America, we discussed into the night the fine and dignified treatment of a woman’s domestic abuse, we laughed over a student’s rite of passage and we experienced the truth of losing a parent and loving a child. In the end we chose the book which we felt spoke for our times. Home Fire is about identity, conflicting loyalties, love and politics. And it sustains mastery of its themes and its form. It is a remarkable book which we passionately recommend.”

“Mesmerising from the start. The narrative style was very effective- each main character as the central focus of a section of the novel, enabling the reader to really get involved with their part in the story. The characters were very realistic and utterly believable. The novel has a very powerful ending. This is one of the best books I’ve read. I would definitely recommend it.”

The judges for the 2018 Women’s Prize for Fiction are: 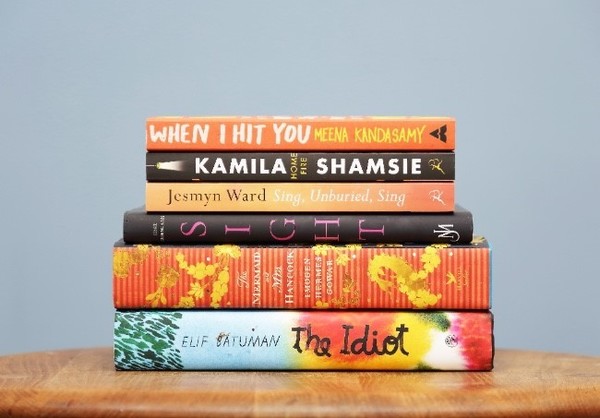 Find out more about all of the shortlisted titles, and the fantastic women writers behind them.

In a reading group? Find out how you can take part in future reading group opportunities by joining Reading Groups for Everyone or signing up for our free newsletter.