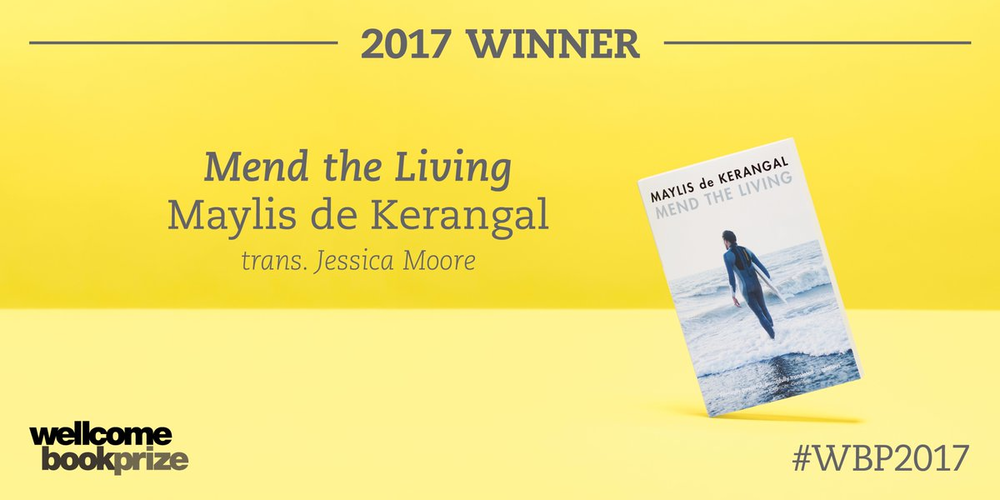 Last night, Monday 24 April, Mend the Living by Maylis de Kerangal, translated by Jessica Moore, was announced as the winner of the 2017 Wellcome Book Prize.

Mend the Living is the first novel in translation to be awarded the prize, translated from French into English by the Canadian translator Jessica Moore. It is the second time a novel has been recognised in the prize’s history.

The judging panel praised Maylis de Kerangal’s beautiful style in this exploration of the emotional, physical and practical complexities of organ donation, reflecting the fragility and fluidity of life.

Concentrated across the span of a single day, Mend the Living is a heart-breaking and gripping story of life-saving medical science: a 24-hour whirlwind of trauma and death, life and hope. It tells the story of Simon Limbeau’s heart, from the car accident that leaves him brain-dead and on life support, to the moment when Simon’s heart begins to beat again in the body of someone else.

Val McDermid commented on behalf of the judging panel:

“The winning book, Mend the Living, is a metaphorical and lyrical exploration of the journey of one heart and two bodies. Over 24 hours we travel from trauma to hope, discovering both the humane aspect of organ donation and the internal dramas of those affected by it. Compelling, original and ambitious, this novel illuminates what it is to be human.”

“The quality of submissions for the 2017 Wellcome Book Prize has been exceptionally high, and we are thrilled that the judging panel has chosen Mend the Living as our winner. Not only it is an incredibly powerful and emotionally affecting novel – beautifully translated by Jessica Moore – but it offers a valuable insight into organ donation, and brings new understanding to the lives touched by the transplant process.”

The full shortlist of titles

An expansive yet richly detailed insider’s account of the early years of the AIDS epidemic, of the radical campaign for accessible treatment that changed the way that medical science is practised worldwide.

A life-affirming reflection on facing our mortality and on the relationship between doctor and patient, from a gifted writer who became both.

The story of Simon Limbeau’s heart and the story of all the lives it will impact in the twenty-four hours between the accident that cuts short his life, and the moment when his heart will begin to beat again in the body of someone else.

One day Adam receives a call when he finds out that his 15 year old daughter has collapsed at school and her heart stopped. Over the next few weeks, Adam’s safe family life is thrown into turmoil as they try to find out what’s wrong with Miriam.

An epic, moving history of a scientific idea coming to life, gives us a definitive account of the fundamental unit of heredity – and a vision of both humanity’s past and future.

An exciting and genre-busting book on microbes, one of science’s hottest topics, by a debut writer with a huge following. 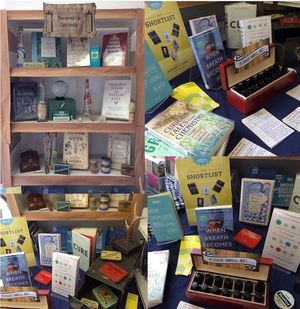 Libraries across the UK created wonderful displays for the Wellcome Book Prize on the theme of the incurably curious. You can see them on Twitter using #curiousdisplay, or see the whole selection in our Facebook album.

This year’s winning display was from Reepham Library. They created a curiosity cabinet using items from their reminiscence kits, which help people with dementia. The Prize loved their creative display.