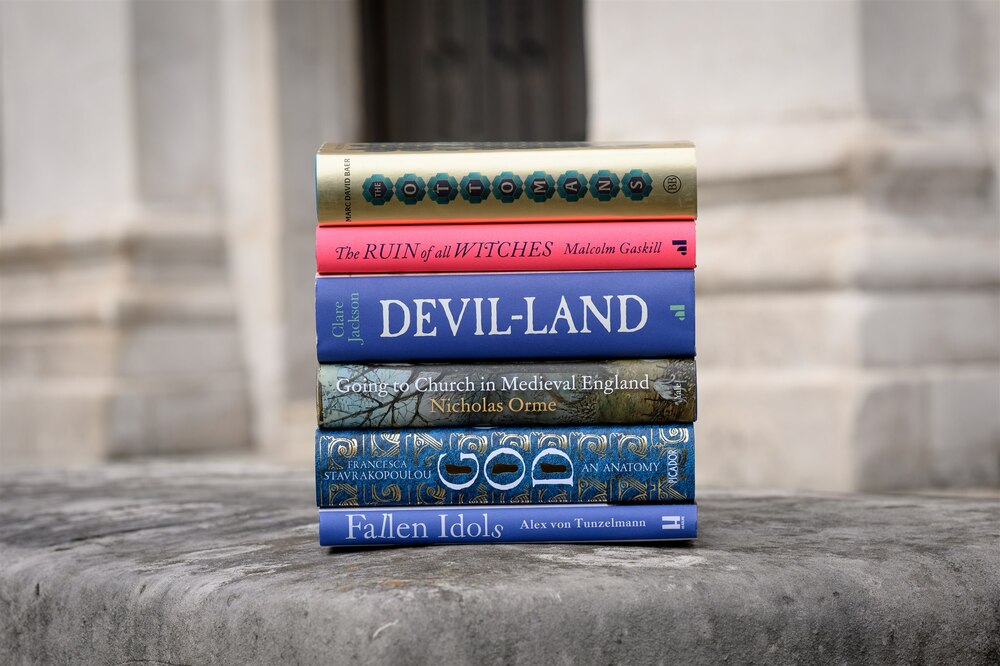 The Wolfson History Prize, the UK’s most prestigious history writing prize, has today revealed their shortlist for 2022. Celebrating it’s 50th Anniversary this year, the prize showcases the best accessible historical non-fiction titles from the previous year.

The six shortlisted titles cover a range of socio-political themes, with the influence of religion appearing across a number of the books on this year’s shortlist. Other topics featured in the shortlist include: witch-hunting and a society in disarray in 17th-century Massachusetts, the century leading up to the Glorious revolution from the perspective of Britain’s European neighbours, the story of the Ottoman dynasty over 700 years, and what fallen statues tell us about historial memory.

Chair of the judges, David Cannadine, commented: ‘This year’s Wolfson History Prize shortlist once again showcases the diversity and vigour of history writing in the UK. The judges were impressed by the variety, originality, and quality of research demonstrated by the six shortlisted books. As well as being engaging reads, they are all highly deserving of a place in the eminent roll call of authors celebrated by the prize over the past fifty years.’

Paul Ramsbottom, Chief Executive of the Wolfson Foundation, which awards the prize, said of the shortlist: ’We are delighted to announce the shortlist for the Wolfson History Prize 2022, reflecting the very best historical writing in the UK today. This year marks fifty years of the Wolfson History Prize and its mission – to champion the importance of high-quality, accessible history writing – is as critical now as it has ever been. This past year has revealed much about how history can be valued, contested and re-evaluated. It has also revealed why it is vital for us to engage carefully and thoughtfully with the experiences of those who came before us: a reminder of the importance of history to our lives.

‘Whether or not you agree with their arguments, these six books will inspire and provoke. They offer the opportunity to learn more about what mattered to previous societies and to reflect on the significance of the past to current concerns and debates. The books shortlisted this year demonstrate that turbulent times are nothing new and show how different societies have dealt with such challenges.’

The winner of the Wolfson History Prize 2022 will be announced on Wednesday 22 June 2022 in a ceremony at the Wallace Collection in London. To mark the 50th Anniversary of the prize, the total fund has been increased to £75,000, with the winner being awarded £50,000 and each of the shortlisted authors receiving £5,000.

We are pleased to offer free digital materials for libraries for this year’s prize. Plus the first 100 libraries get POS that you can use to create a display and enter our display competition by 8 July. Get yours at the Reading Agency Shop.

To learn more about the Wolfson History Prize, visit their website or connect with them on Twitter via @WolfsonHistory / #WolfsonHistoryPrize.