We are delighted to share the new selection of books that will feature on BBC Radio 2 Book Club with Jo Whiley from April to June 2020. Every other Monday, from 7-9pm, a new book will be discussed, starting on Monday 6 April.

Monday 6 April: Away with the Penguins by Hazel Prior

Veronica McCreedy lives in a mansion by the sea. She loves a nice cup of Darjeeling tea whilst watching a good wildlife documentary. And she’s never seen without her ruby-red lipstick. Although these days Veronica is rarely seen by anyone because, at 85, her days are spent mostly at home, alone.

She can be found either collecting litter from the beach (‘people who litter the countryside should be shot’), trying to locate her glasses (‘someone must have moved them’) or shouting instructions to her assistant, Eileen (‘Eileen, door!’).

Veronica doesn’t have family or friends nearby. Not that she knows about, anyway…And she has no idea where she’s going to leave her considerable wealth when she dies. But today…today Veronica is going to make a decision that will change all of this.

Frank hasn’t spoken to his wife Maggie for six months. For weeks they have lived under the same roof, slept in the same bed and eaten at the same table – all without words.

Maggie has plenty of ideas as to why her husband has gone quiet. But it will take another heart-breaking turn of events before Frank finally starts to unravel the secrets that have silenced him.

Is this where their story ends? Or is it where it begins?

Monday 4 May: The Authenticity Project by Clare Pooley

Six strangers with one universal thing in common: their lives aren’t always what they make them out to be. But what would happen if they told the truth instead?

Desperate to confess the deep loneliness he feels, Julian begins The Authenticity Project – a small green notebook containing the truth about his life – to pass on and encourage others to share their own.

Leaving it on a table in Monica’s café, a warm, friendly place where Julian escapes at his most lonely moments, he never expects Monica to find it and track him down. Or that his small act of honesty will impact all those who come into contact with the book, and lead to a life-changing world of friendship and forgiveness…

Monday 18 May: The Secrets of Strangers by Charity Norman

A regular weekday morning veers drastically off-course for five strangers whose paths cross in a London café – their lives never to be the same again when an apparently crazed gunman holds them hostage.

But there is more to the situation than first meets the eye and as the captives grapple with their own inner demons, the line between right and wrong starts to blur.

Will the secrets they keep stop them from escaping with their lives?

Monday 1 June: The Cat and the City by Nick Bradley

In Tokyo – one of the world’s largest megacities – a stray cat is wending her way through the back alleys. And, with each detour, she brushes up against the seemingly disparate lives of the city-dwellers, connecting them in unexpected ways.

But the city is changing. As it does, it pushes her to the margins where she chances upon a series of apparent strangers – from a homeless man squatting in an abandoned hotel, to a shut-in hermit afraid to leave his house, to a convenience store worker searching for love. The cat orbits Tokyo’s denizens, drawing them ever closer.

In a series of spellbinding, interlocking narratives – with styles ranging from manga to footnotes – Nick Bradley has hewn a novel of interplay and estrangement; of survival and self-destruction; of the desire to belong and the need to escape.

Monday 15 June: The Vanishing Half by Brit Bennett

The Vignes twin sisters will always be identical. But after growing up together in a small, southern black community and running away at age sixteen, it’s not just the shape of their daily lives that is different as adults, it’s everything: their families, their communities, their racial identities.

Ten years later, one sister lives with her black daughter in the same southern town she once tried to escape. The other secretly passes for white, and her white husband knows nothing of her past. Still, even separated by so many miles and just as many lies, the fates of the twins remain intertwined. What will happen to the next generation, when their own daughters’ story lines intersect?

Have you read any of the Book Club titles? You can leave reviews of the books on our website. 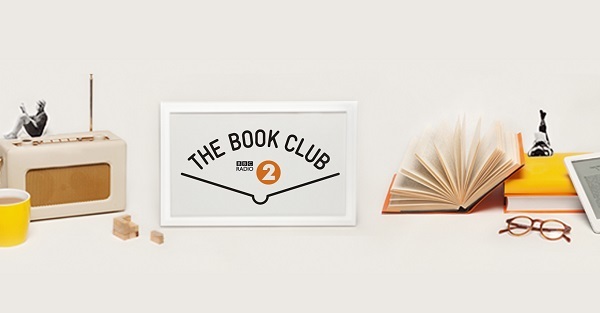