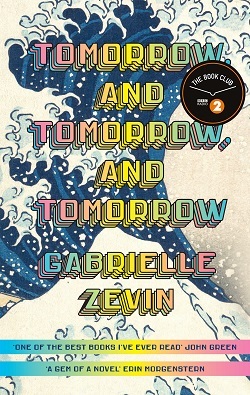 You can find lots more fun resources for the book and there’s even a Spotify playlist!

This is not a romance, but it is about love.

Two kids meet in a hospital gaming room in 1987. One is visiting her sister, the other is recovering from a car crash. The days and months are long there. Their love of video games becomes a shared world – of joy, escape and fierce competition. But all too soon that time is over, fades from view.

When the pair spot each other eight years later in a crowded train station, they are catapulted back to that moment. The spark is immediate, and together they get to work on what they love – making games to delight, challenge and immerse players, finding an intimacy in digital worlds that eludes them in their real lives. Their collaborations make them superstars.

This is the story of the perfect worlds Sadie and Sam build, the imperfect world they live in, and of everything that comes after success: Money. Fame. Duplicity. Tragedy.

“Eleven-year-old Sadie first meets Sam at a children’s hospital in California; Sadie’s sister has cancer, Sam has been involved in a horrific car accident and purely by chance they become friends through playing Super Mario in the games room. However, Sadie is not entirely honest about why she keeps meeting Sam and some fourteen months later when he finds out the truth, he doesn’t want to see her again. Years later whilst Sam is studying Maths at Harvard and Sadie is taking Computer Sciences at MIT they meet each other again at a Boston train station and rekindle their friendship, eventually deciding to follow their passion and build a video game together. Sam’s flatmate Marx, who has looked out for Sam since they roomed together, becomes their producer and eventually the three go on to form an incredibly successful gaming company. This book is about their friendships and their journey spanning some twenty-five years.
Whilst the subject of this story is video gaming, in reality it is so much more. This is a wonderful book that explores the intricacies of friendship, sexuality, love and rivalry, disability, violence and the creative process. The narrative is exceptionally detailed and finely crafted, the author references, in depth, locations, songs, Shakespeare and of course video games that I mostly haven’t heard of but then wanted to go and look up. However, don’t let this put you off as this is beautifully written; it focuses on relationships, the love and intense on/off friendship between two people who are never lovers but who have a connection that transcends everything that happens in their lives. The story is told from the viewpoints of Sam, Sadie and Marx and even characters in a video game. It goes backwards and forwards in time to reveal the back story but not in a way that is confusing. The characters are not always likeable but they are well drawn, authentic and engaging and I loved how the author created virtual worlds that weaved seamlessly with the real world, exploring those topics that had no acceptance in the 80’s and 90’s setting. It has a documentary feel to it and I found myself completely invested in the development of their games and the success of their company whilst wanting them to find that same success in their personal lives. It did take time to read but it was without doubt enriching as a result and the characters will stay with me for a long time. This book will appeal to gamers for sure but it will also have a broad appeal to all ages, both male and female and I think would be perfect for readers.”

“I was very much looking forward to a book set around video games, and I was definitely not disappointed. The story of Sadie and Sam’s relationship over 30 years, with all the trials and tribulations in between, is so wonderfully engaging that even for someone who isn’t a fan of romance it’s so easy to get swept up in it. There’s a coming-of-age feel to a book that actually spans more time than the usual period of time of adolescence and young adulthood, and it’s just great to be a part of the ups-and-downs that they share. When you can take a 400+ book and make it feel like no time has passed at all then you’ve definitely done something right. I don’t think we often get books set around the world of video games so this is definitely a great chance to share something new!”

“Coming of age story for my generation (Gen X). I read this in one sitting and I really enjoyed it. Beautifully written and a very nostalgic read for me. The narrative goes back and forth in time. The book has an insightful glimpse into the gaming industry and how gaming can help people endure hard times but it is also about love, friendship, morals and ethics, loss and strength.” 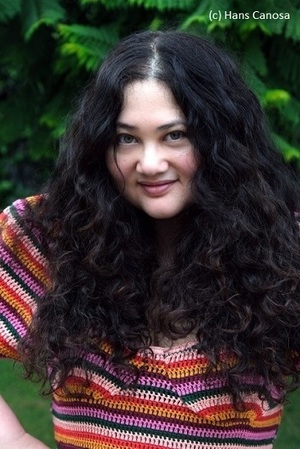 Gabrielle Zevin is the internationally bestselling and critically acclaimed author of The Storied Life of A. J. Fikry; the prizewinning children’s book, Elsewhere; and several other novels. Tomorrow, and Tomorrow, and Tomorrow is being developed into a feature film by Temple Hill and Paramount Studios, and the movie version of A. J. Fikry, for which Zevin wrote the adaptation, is currently in production in Massachusetts.

Zevin was born in New York and is the daughter of a Korean mum and an Eastern European Jewish dad, who both spent their careers working with computers. Her dad wanted her to work in computers, too, and this book is probably as close as she will ever come. She is a screenwriter, an occasional critic, and a graduate of Harvard University. Zevin currently splits her time between Los Angeles and Stardew Valley, where she owns a farm on a once rocky plot of land.

Tune in to the Steve Wright show on Thursday 28 July to hear a live interview with Gabrielle.