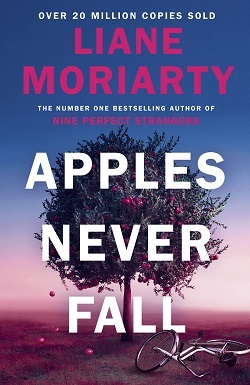 The next book to be featured on the Radio 2 Book Club with Steve Wright will be Apples Never Fall, the brilliant new novel from internationally best-selling author Liane Moriarty. The book was released on 14 September and Liane will be on the show on Thursday 30 September.

We have the chance for you to win 10 copies of this fantastic novel for your reading group! Please enter by Friday 8 October.

Joy Delaney and husband Stan have done well. Four wonderful grown-up children. A family business to envy. The golden years of retirement ahead of them.

So when Joy Delaney vanishes – no note, no calls, her bike missing – it’s natural that tongues will wag.

How did Stan scratch his face? Why no answers from the police? And who was the stranger who entered and suddenly left their lives? What are they all hiding?

But for the Delaney children there is a much more terrifying question: did they ever know their parents at all?

Because the closer the family, the bigger the lie…

The book was selected with the help of a panel of library staff from across the UK. Our readers loved Apples Never Fall – here are some of their comments:

“This book started out as one thing and became quite another before turning on its head again, but what a book! I thought I was reading about a typical suburban family, all with their own problems, and then all of a sudden it turned into a potential murder investigation. I found I couldn’t put it down, with the characters drawing me in and not knowing what to believe was the truth. It has the draw of a thriller yet underneath is essentially the story of a family who have misunderstood themselves and held onto secrets for too long. I really enjoyed this book largely because it wasn’t what I was expecting and having never read Liane Moriarty before I am now going to go back and read all her others.”

“This was a cross between a family saga with suspense and mystery interwoven. It follows an incident in a family that includes four grown up children and their relationships with each other and their parents. The description of their relationship with each other includes sibling rivalry, suspicion, jealousy and is really intriguing. A stranger turns up with injuries at the parent’s house allegedly after a fight with her boyfriend and the parents take her in. The story unfolds and goes back and forth between the past and present day. The mother, Joy, subsequently goes missing and the children become suspicious and wonder if their father or the stranger have something to do with her disappearance. The story follows the stranger’s relationship with the family and particularly the brothers and sisters who are suspicious and also the jealousy it causes.”

“Tennis-obsessed family the Delaneys are torn apart when mother Joy disappears. The novel explores the complex relationships between the six family members both in the past and in the present. In the search for their mother the four children are forced to face up to the problems and shortcomings of their current lives and, through the catalyst of their parents’ mysterious house guest, of events in their past. This is a real page-turner with multiple twists which lead you to believe one thing, only to overturn that and take you in another direction. Thoroughly enjoyable.”

“Engaging story set in Australia following a family of four children and their parents all obsessed with tennis. One night a stranger turns up at the elderly parents’ door and completely changes all their lives, forcing them to face issues from the past and to readdress their perspectives on life. Added twists when the mother disappears and the father is accused of being involved. The novel explores issues of child abuse, neglect, pushy ‘sports’ parents, love, aspirations and forgiveness.” 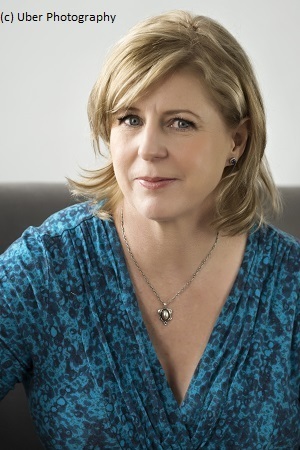 Liane Moriarty is the bestselling author of nine novels including The Hypnotist’s Love Story, The Husband’s Secret, Big Little Lies and Nine Perfect Strangers. Her novels have sold more than twenty million copies worldwide and been translated into over forty languages. Big Little Lies is now an Emmy and Golden Globe-winning HBO series, produced by and starring Nicole Kidman and Reese Witherspoon. Nine Perfect Strangers is currently in production for TV. Liane lives in Sydney with her husband, son and daughter.

“I was so thrilled, honoured and grateful to hear the news that my new novel, Apples Never Fall, had been selected for the BBC Radio 2 Bookclub.”

Tune in to the Steve Wright show on Thursday 30 September to hear a live interview with Liane.

Have you read Apples Never fall, or any of Liane’s other novels? Perhaps you have seen the popular TV adaptation of Big Little Lies? You can share your thoughts with us on Twitter using #R2BookClub or follow Penguin Books.

Planning to buy Apples Never Fall for your group? Buy books from Hive or from Bookshop.org and support The Reading Agency and local bookshops at no extra cost to you.

You can join the Radio 2 Book Club Facebook group.

it must be very exciting.