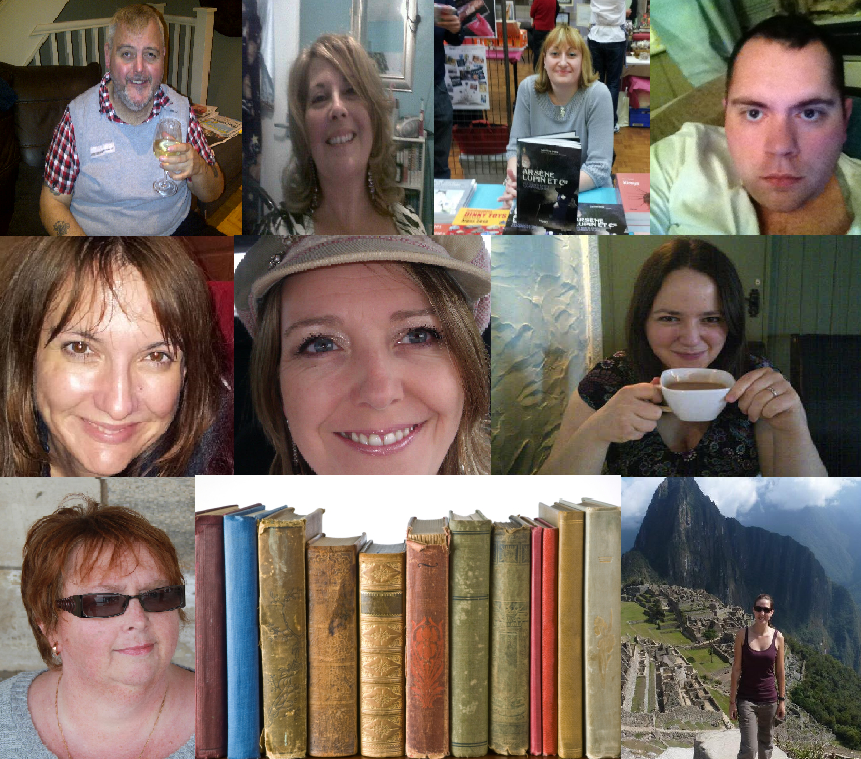 Over 20 reading groups and book clubs from across the country will be shadowing this year’s Prize through our Independent Foreign Fiction Prize Readers Project, being run in partnership with Booktrust and Free Word. They’ll be reading, debating, blogging about and reviewing the shortlisted titles and coming together at Free Word for a Readers’ Day in May.

We’ll be setting up a dedicated Independent Foreign Fiction Prize page very soon, where you’ll be able to see how the groups are getting on and also get resources for your group or club to become involved with this Prize. In the meantime, meet some of the groups who are involved in the Project:

We were a group that was set up originally just by a couple of friends who were really passionate about reading, over time we realised how many people we knew that loved books, and the group just grew and grew.

Over time we have tried to challenge our own natural reading habits, and have settled on a democratic voting system, meaning everyone actually gets a say in what we read. As well as giving everyone the opportunity to read something different, it has also given people the opportunity to share their thoughts, develop their confidence to write reviews. Because we’re online, we’ve been able to reach people who may not necessarily have had the confidence to join a face-to-face book club, as well as be able to reach people not just in the UK. We’re lucky enough to have members in France and the US as well.

The group has been meeting for over 2 years now at the Norfolk and Norwich Millennium Library. We meet once a month to discuss books, plays and poetry that have been translated into English. The group was started as a joint project between the British Centre for Literary Translation at UEA and the library and has won an award from the university. Each month we discuss not only the book and author but the translation, the translator, the country the book in which the book was set and the times it was set in.

Between 10 and 20 of us meet each time and often we’ve been lucky to have had several translators attend our meetings and explain more about the book and translation process. There has not yet been one book we’ve all unanimously loved or hated but the discussions always seem to remain friendly if passionate!

Writers’ Centre Norwich is a literature development organisation based in Norwich, England’s first UNESCO City of Literature. The WCN Readers’ Group members take part in the monthly WCN Book Club, and/or the Readers’ Circle, which selects the titles for our annual reading programme, Summer Reads.

Ultimately, we believe that reading is more than a hobby; that it constitutes active participation in the art of literature and should be valued as such. We aim to introduce to each other quality writing from around the world and to encourage ourselves and other readers to try something new. We’re eager to continue this through shadowing the IFFP and look forward to meeting other readers and discussing the books as part of the Readers’ Day in London.

We’re a vocal group of lively members of staff from all corners of Berkhamsted School: support staff, teachers and librarians. We’ve been meeting for eighteen months and love the challenge of reading books that we wouldn’t normally choose for ourselves. We are very excited to be part of the IFFP Readers’ Project as we feel we’d love to get our teeth into fiction which has been translated into English and generate interest in this area all around our school. We are keen to broaden our literary perspective.

Frodsham WI reading group started in October 2010, and comprises WI members and some non members, including our youngest member who was born in January 2013. We meet at each others’ houses and occasionally enjoy some lovely WI baking.

Our reading choices are mostly fiction with one or two exceptions ( Agent Zigzag and The Suspicions of Mr Whicher), and are often determined by the number of copies that we can source from our local library service in Warrington. We’ve succeeded in one other bid to date where we were given copies of In the sea, there are crocodiles by Fabio Geda, a book that was universally enjoyed, and which we often refer to because of the powerful quality of the writing. It was also our only other translated work of fiction. Last winter, we read The Remains of the Day and then watched the film, and will probably do this again later in the year.

Over the last two years, we have really grown as a group, finding friendship and support. Through discussion and listening to and considering the points raised by others, it is possible to experience the book in a completely different way to the initial reading – this was certainly true of Jubilee by Shelley Harris. Everyone has a voice and an opinion, and that is what makes the evenings so enjoyable.

See the books on this year’s shortlist. The winner is announced on 20 May.

Watch out for our Prize page – coming very soon – where you’ll be able to get resources and post your own reviews of the shortlisted titles.