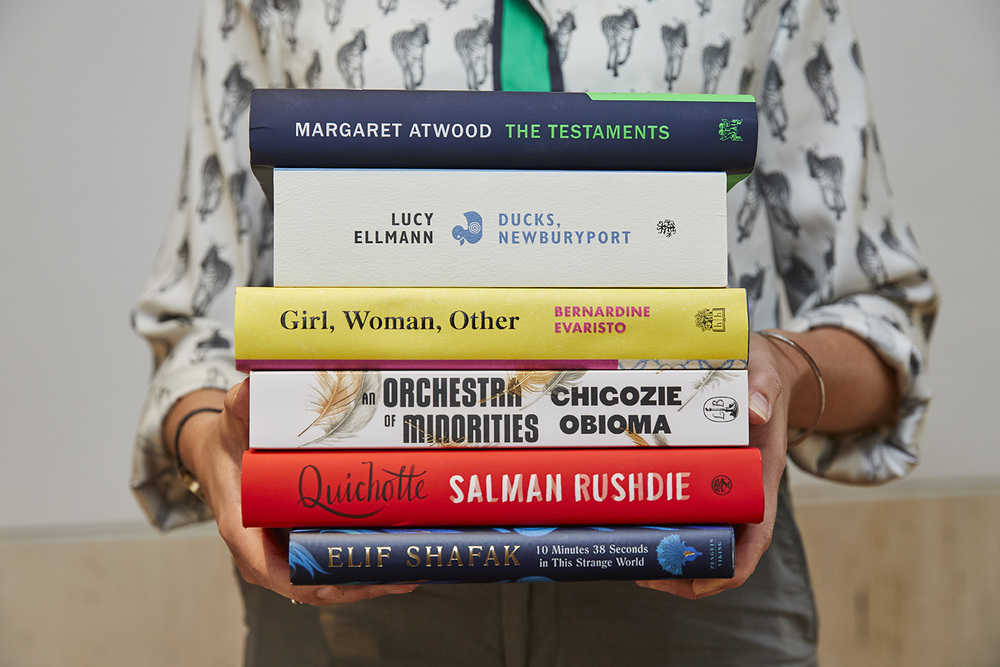 The shortlist was announced on 3 September by the 2019 Chair of Judges Peter Florence, at a press conference at London’s British Library. He said, “Like all great literature, these books teem with life, with a profound and celebratory humanity”.

The shortlist was selected from 151 submitted books. It offers an insight into different worlds from the dystopian setting of Gilead, the monologue of an Ohio housewife and the tragicomic tale of a travelling salesman in America; to mostly female, mostly Black, British lives across generations, the trials of a young Nigerian man on a quest to improve his prospects and true allegiances within the brothels of Istanbul.

“The common thread is our admiration for the extraordinary ambition of each of these books. There is an abundance of humour, of political and cultural engagement, of stylistic daring and astonishing beauty of language. Like all great literature, these books teem with life, with a profound and celebratory humanity. We have a shortlist of six extraordinary books and we could make a case for each of them as winner, but I want to toast all of them as “winners”. Anyone who reads all six of these books would be enriched and delighted, would be awe-struck by the power of story, and encouraged by what literature can do to set our imaginations free.”

“It was hard to watch the judges narrow down their longlist to this shortlist: they were so committed to all 13 of the books they’d chosen just over a month ago that the discussion was intense. Still, these six remain extraordinary: they bring news of different worlds; they carry a wealth of lives and voices; they’re in conversation, in various ways, with other works of literature. I think it’s fair to say that the judges weren’t looking for anything in particular – they entered this process with an open mind – but this is what they found: a set of novels that is political, orchestral, fearless, felt. And now, by association, those six will be in fruitful conversation with one another.”

An event with the winner, presented in partnership with New Statesman, is scheduled to take place at Foyles, Charing Cross on Thursday 17 October.

The shortlisted authors each receive £2,500 and a specially bound edition of their book. The winner will receive a further £50,000 and can expect instant international recognition. In the week following the 2018 winner announcement, sales of Milkman by Anna Burns increased by 880% from 963 in the week prior to the announcement to 9,446 in the week following the announcement, then a further 99% (9,446 to 18,786) the following week. The total number of copies of Milkman sold, across all formats, is currently 546,500.

Milkman has now been translated into nearly 40 different languages, both in Europe and throughout Asia and Anna Burns is in the process of negotiating a film deal. Faber are due to publish a special Liberty London edition of the book this month. As well as winning the Man Booker Prize in 2018, Milkman went on to win the Orwell Prize for Political Fiction, National Book Critics Circle Award for Fiction and was shortlisted for the Women’s Prize for Fiction and Rathbone Folio Prize in 2019.

Listen to the brilliant Booker Prize podcast audio series on Soundcloud with Joe Haddow from Radio 2.