We are delighted to share the new selection of books that will feature on BBC Radio 2 Book Club with Jo Whiley from October to December 2020. Every other Monday, from 7-9pm, a new book will be discussed, starting on Monday 5 October. 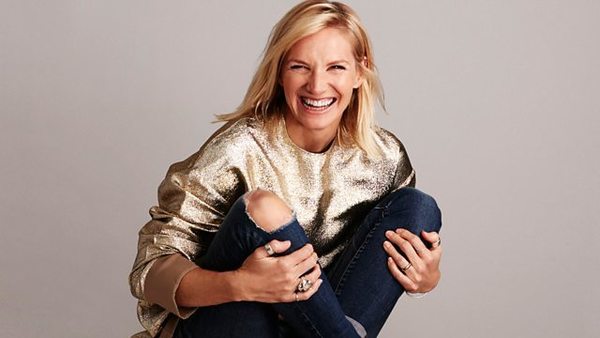 Monday 5 October: The Devil and the Dark Water by Stuart Turton

When Addie La Rue makes a pact with the devil, she trades her soul for immortality. But there’s always a price – the devil takes away her place in the world, cursing her to be forgotten by everyone.

Addie flees her tiny home town in 18th-Century France, beginning a journey that takes her across the world, learning to live a life where no one remembers her and everything she owns is lost and broken. Existing only as a muse for artists throughout history, she learns to fall in love anew every single day.

Her only companion on this journey is her dark devil with hypnotic green eyes, who visits her each year on the anniversary of their deal. Alone in the world, Addie has no choice but to confront him, to understand him, maybe to beat him.

Until one day, in a second-hand bookshop in Manhattan, Addie meets someone who remembers her. Suddenly thrust back into a real, normal life, Addie realises she can’t escape her fate forever.

Even though Henry’s white skin represents the oppression Sarah suffers under, and even though having Sarah at his side would force Henry to abandon his hopes of prosperity, their attraction is undeniable and they fall in love. But in 1849 on a Virginian plantation, inter-racial marriage is not only illegal but considered to be an ungodly abomination. No matter how much they want to be together, Sarah is trapped on Jubilee Plantation, owned by another man.

This is a love story of epic proportions – a forbidden relationship that has been forged in secrecy, and faces betrayal and jeopardy at every turn.

Monday 16 November: Three Women and A Boat by Anne Youngson

Meet Eve, who has departed from her thirty-year career to become a Free Spirit; Sally, who has waved goodbye to her indifferent husband and two grown-up children; and Anastasia: defiantly independent narrowboat-dweller, suddenly vulnerable as she awaits a life-saving operation.

Inexperienced and ill-equipped, Sally and Eve embark upon a journey through the canals of England, guided by the remote and unsympathetic Anastasia. As they glide gently – and not so gently – through the countryside, the eccentricities and challenges of canal-boat life draw them inexorably together, and a tender and unforgettable story unfolds.

Disarmingly truthful and narrated with a rare, surprising wit, Three Women and A Boat is a journey over the glorious waterways of England and into the unfathomable depths of the human heart.

Monday 30 November: You Exist Too Much by Zaina Arafat

A novel of self-discovery following a Palestinian-American girl as she navigates queerness, love addiction and a series of tumultuous relationships.

Told in vignettes that flash between the US and the Middle East, this powerful debut novel traces the protagonist’s progress from blushing teen to creative and confused adulthood.

In Brooklyn, she moves into an apartment with her first serious girlfriend and tries to content herself with their comfortable relationship. Soon, her longings, so closely hidden during her teenage years, explode out into reckless romantic encounters and obsessions with other people which results in her seeking unconventional help to face her past traumas and current demons.

Opening up the fantasies and desires of one young woman caught between cultural, religious and sexual identities, You Exist Too Much is a captivating story charting two of our most intense longings – for love, and a place to call home.