Home / Book reviews / The Enlightenment of the Gr...

The Enlightenment of the Greengage Tree

By Shokoofeh Azar, and and, Anonymous

An extraordinarily powerful and evocative literary novel set in Iran in the period immediately after the Islamic Revolution in 1979. Using the lyrical magic realism style of classical Persian storytelling, Azar draws the reader deep into the heart of a family caught in the maelstrom of post-revolutionary chaos and brutality that sweeps across an ancient land and its people. The Enlightenment of the Greengage Tree is really an embodiment of Iranian life in constant oscillation, struggle, and play between four opposing poles: life and death; politics and religion. The sorrow residing in the depths of our joy is the product of a life between these four poles.

"The more she read old books such as The Darab Nama, One Thousand and One Nights, Khayyam’s Nowruz Nama, Hossein Kord Shabestari, The Shahnama, Eskandar Nama, Malek Jamshid, Jame al-Olum, Ajayeb Nama, and Aja’ib va Ghara’ib, the deeper she delved into the magnificent expanse of ocean that was the Iranian people’s real-imaginary beliefs, and became ever more detached from the real, day-to-day world. To deny or forget her past, she read and wrote, submerging herself in the meaning of myth."

The Enlightenment of the Greengage Tree has been translated from the Faris original by Shokoofeh Azar and deservedly longlisted for the International Booker, following its Stella Prize shortlisting in Australia. The translator, who does a superb job and worked closely with the author, has chosen to remain anonymous, likely due to one of the book’s more contentious setpieces.

The novel begins with an immediate sense of its potent mixture of mysticism and horror:

"Beeta says that Mom attained enlightenment at exactly 2: 35 P.M. on August 18, 1988, atop the grove’s tallest greengage plum tree on a hill overlooking all fifty-three village houses, to the sound of the scrubbing of pots and pans, a ruckus that pulled the grove out of its lethargy every afternoon. At that very moment, blindfolded and hands tied behind his back, Sohrab was hanged. He was hanged without trial, and unaware he would be buried en masse with hundreds of other political prisoners early the next morning in a long pit in the deserts south of Tehran, without any indication or marker lest a relative come years later and tap a pebble on a headstone and murmur there is no god but God."

Our narrator is 13 year-old Bahar, Sohrab her brother and Beeta her sister, and the novel revolves around the story of the three siblings and their parents, her mother Roza and father Hushang
The story is set in Iran, in the decade or so following the 1979 Islamic Revolution. The family fled their family home in Tehran in the early days of the overthrow of the Shah’s regime, fleeing to a remote part of the country. But even there, the tentacles of change and upheaval eventually reach them:

"And yet, as we laid the first stone for the house near the forest and that ancient fire temple on a hill overlooking Razan, we couldn’t have imagined how useless our flight had been given that just nine years later the road leading to the village would feel the weight of a car carrying a mullah and his bodyguards that then ascended the hill to the grove and arrived at our doorstep."

The distinctive style of the novel blends the beauty of Iranian culture with the horrors of the post-revolution years, Zoroastrian and Islamic religion (Roza still regard the latter as an imposed religion following the 7th century Arab conquest of Persia), and in literary terms, Iranian storytelling with magic realism. In particular we soon learn that our narrator is actually a ghost – she died in a fire in the early days of the Islamic Revolution – but one that interacts with and talks to her relatives.

And while there is a linear thread to the story, it is told via episodic short tales and set-pieces, and with references often made to episodes in the collective memory of the past (“the fire of the First Soothsayer”) that haven’t yet been explained to the reader. So a typical introduction to an incident reads:

"In the years of Mom’s waiting in Razan, and Dad’s in Evin Prison and Darband, on a foggy morning of an ordinary day when Mom had long since lost the fortitude and physical strength to tend to the grove and keep the house free of creeping vines, ants, and lizards; and the inhabitants of Razan had become used to war, black snow, and the absence of their sons and mothers; and the whole story of the First Soothsayer, Effat’s black love, and Razan’s holy fire had become mere distant, inconceivable memories; the brazen sound of chainsaws aroused the villagers from their sleep, once and for all."

Literature is as noted a key to the novel. There is a wonderful extended set piece (of which the below is only a fraction) where the family’s extensive library is burnt by zealots, which acknowledges the novel’s many influences, above all One Hundred Years of Solitude:

"I vividly remember how Danko’s Burning Heart was engulfed in flames that then licked at Luce’s skirt who, desperately trying to protect herself from the fire in the pages of Romain Rolland’s book, held Pierre tightly to her breast. I watched as the fire spread to the intertwined lovers Pierre and Natasha, Heathcliff and Catherine Earnshaw, Scarlett O’Hara and Rhett Butler, Elizabeth and Mr. Darcy, Abelard and Heloise, Tristan and Isolde, Salaman and Absal, Vis and Ramin, Vamegh and Azra, Zohreh and Manuchehr, Shirin and Farhad, Leyli and Majnun, Arthur and Gemma, the Rose and the Little Prince, before they had the chance to smell or kiss each other again, or whisper, “I love you” one last time.
[…]
Oh! . . . Remedios the beauty and her white bedsheets, the fragile yellow wings of Mauricio Babilonia’s butterflies … merging with the flames, burning, and disappearing as if they had never existed."

Indeed one of the novel’s tensions is between the temptation to retreat physically but also into mysticism and literature and physically, and the need to engage. Hushang at one stage returns to Tehran to try to understand what is happening, only to find that this brother Khosrow prefers to take refuge in the seemingly abstract:

"The next morning, though, Dad continued studying alone. He still wanted to know how the Iranian culture and civilization, with all its grandeur and creativity, with its belief in good thoughts, good words, and good deeds, had collapsed and reached such depths. Uncle Khosrow, on the other hand, truly did not want to know anything. He just wanted to float like an innocent being in a stream of cosmic consciousness and utter acceptance, and occasionally appear in a library somewhere in the world to read a book."

But Khosrow argues that meditation may be the best path to knowledge:

"Most people see the world as a dangerous and threatening place they have to arm themselves against, fight with, protect themselves or run away from. And for these people the world truly becomes a menacing, harmful, aggressive creature. But the world is something one needs a lifetime just to know."

And as the family read classic novels they indeed find:

"Nausea showed us what complex political, religious, and philosophical intermediaries the world has—a world we wanted to comprehend directly; The Metamorphosis showed two bereft girls that humankind today is not what classic literature had taught us. We read The Unbearable Lightness of Being with such rapture that before we had realized what had happened, night had fallen, and Scenes from a Marriage made us cry over our naive belief in the purity of lovemaking. Eventually, Dad joined us, too, and together we explored Lovers, Moderato Cantabile, The House of Sleeping Beauties, Ragtime, The Tatar Steppe, The Catcher in the Rye, and The Remains of the Day, then discussed them for days."

What happens with the family, which the reader to an extent has to piece together, defies conventional explanation. At one stage Hushang (by this time alone) is arrested and interrogated, but his confession leaves his captors bemused and angry:

"The man yelled even louder, “You’re just making stories up? Your sister turned into a jinn and your daughter into a mermaid, and before going into the sea she gave birth to fish and shells?! There was black snow and Zoroastrian ghosts prayed for you?! A ghost showed you a treasure map?!”"

So in a Life of Pi-esque explanation (although in interviews, the author here has been clear the magic realist story is the true one) he offers a more conventional account:

"Instead, he wrote that he had been completely opposed to the political system prior to his arrest, that Beeta had lost her sanity and now believed she had been transformed into a mermaid and was in a psychiatric ward; and that his wife, Roza, had Alzheimer’s disease and had gone missing."

I’ve only touched on some of the themes in a wonderful novel. 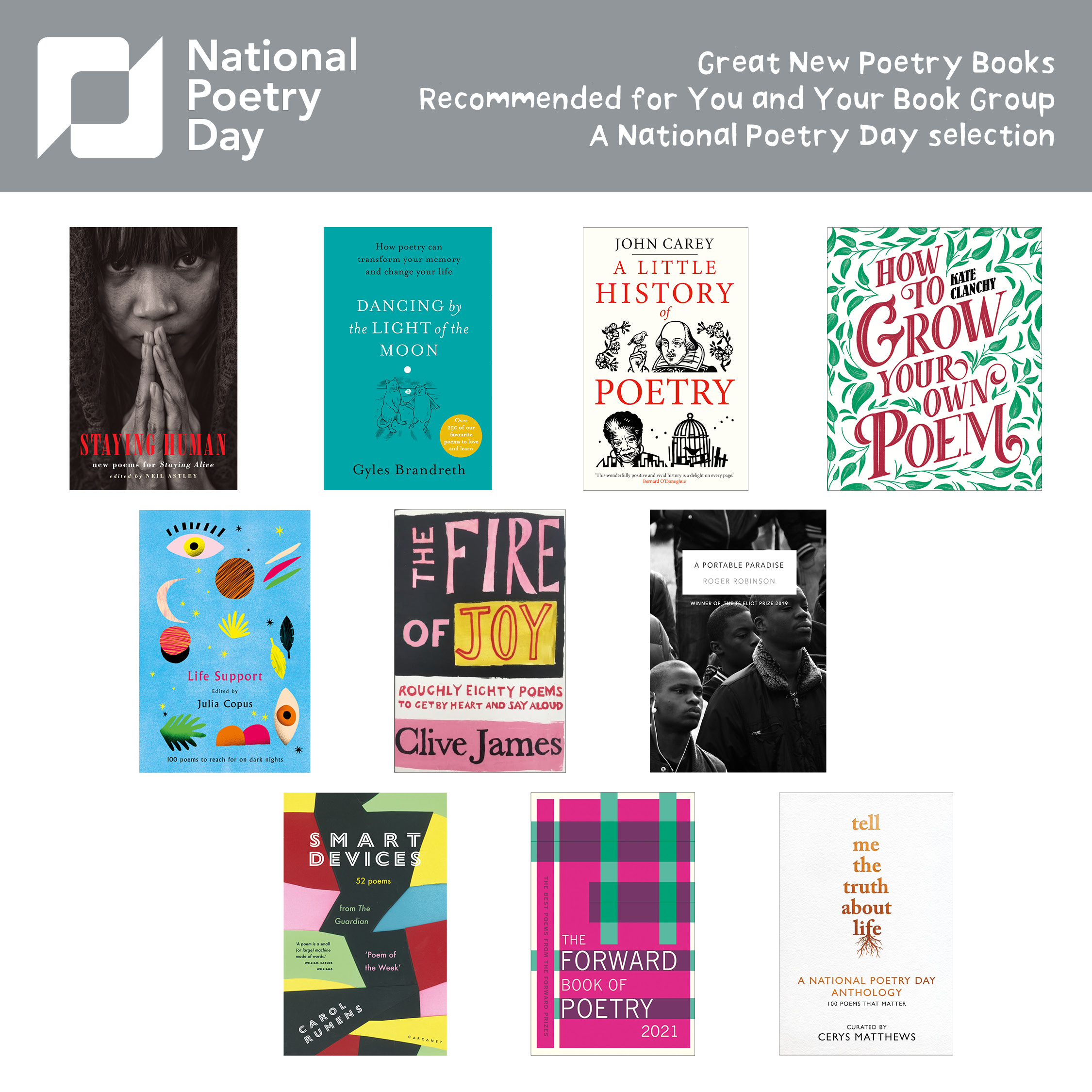 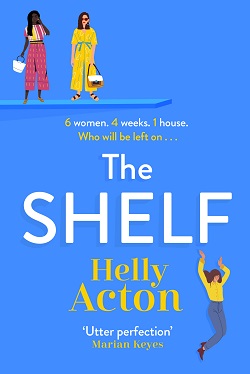