Home / Book reviews / Drive your Plow over the Bo...

Drive your Plow over the Bones of the Dead

By Olga Tokarczuk, and and, Antonia Lloyd-Jones

With Drive Your Plow over the Bones of the Dead, Man Booker International Prize-winner Olga Tokarczuk returns with a subversive, entertaining noir novel. In a remote Polish village, Janina Duszejko, an eccentric woman in her sixties, recounts the events surrounding the disappearance of her two dogs. She is reclusive, preferring the company of animals to people; she’s unconventional, believing in the stars; and she is fond of the poetry of William Blake, from whose work the title of the book is taken. When members of a local hunting club are found murdered, Duszejko becomes involved in the investigation. By no means a conventional crime story, this existential thriller by ‘one of Europe’s major humanist writers’ (Guardian) offers thought-provoking ideas on our perceptions of madness, injustice against marginalized people, animal rights, the hypocrisy of traditional religion, belief in predestination – and caused a genuine political uproar in Tokarczuk’s native Poland.

The novel was easy to read but very thought provoking as there were many issues addressed. I felt very sympathetic to the main character, Janina Duszejko, even when it turned out that she was the perpetrator of the murders.
The first person narrative means that the reader only hears Janina’s views, which although eccentric have a truth running through them regarding her vegetarianism, her stand against hunting, and the hypocrisy of religion and public authority.
The language used is quite lyrical. There is an old fashioned sense of life through Janina’s fascination with Blake and her studies of astrology which make her appear “other worldly”. She uses nicknames for everyone which gives great clarity to the other characters and she personalizes everything: the animals, flowers, houses and even her car. I liked the use of capital letters to emphasise some words. There is a lot of suffering described, her own Ailments, cruelty to animals, the harsh conditions of the landscape and weather. Even though Janina describes people in detail the reader gets a real sense of her being cut-off and aloof from the local people and neighbours. She is a one-woman rebel, fighting against society but her anger is balanced out by the humour of her observations. Descriptions of Oddball’s ‘testosterone autism’, the dentist’s visit, her letters of complaint to the police divert the reader from her true motives and I did not suspect her as the murderer even though it should have been obvious that she was suffering from delusions (her astrological findings) and her strange illness.
Although Janina is described as a mad old woman, the writer has somehow persuaded the reader to be sympathetic to her idiosyncrasies and almost a heroine in standing up against the local bigwigs who are corrupt. So when the denouement comes it seems quite natural to hope that Janina has got away with it.
I think Olga Tokarczuk has created a story that makes the reader question one’s morals and the rights and wrongs of society and this has created a mood of introspection long after the reader has finished the novel.

Thought this was, in my opinion, a very good read which I could not put down.
The narrator, the main protagonist, Janina is engaging and quickly draws us into her world of hard struggle both physically and mentally! The powerful description of the frozen landscape, barrenness, harsh climate and inhospitable surroundings, means we are immediately transported to her small Polish hamlet and her plateau (unnamed) and the events which engulf her. The setting for the mystery begins and we start learning about Janinas life!
We discover Janina has two jobs, both ones that isolate her! The first looking after holiday homes for owners who flee to the towns and the warmth of the cities in winter, the second as writer/astrologer who prepares astrological calculations and articles such as interconnection between planets and Aliens on TV! Her connection to the spiritual world means she is a lover of nature and the elements, eco-conscious, anti-hunting and against anything which negatively impacts on the natural world. She is lonely, but also struggles with health issues and has “headaches” and times when she cannot get out of bed – never really described! She also is of a certain age, where she feels her youth is behind her and she has not much to look forward to!
Janina has chosen to live in this harsh environment in a world dominated by men. Some of the men she describes as “Bigfoot”, “Oddball”, “BlackCoat”, “the Commandant”, are mysterious and one dimensional and are shown to give little support or show any respect towards her, they are also uncommunicative! They only communicate amongst themselves! “Goodnews” the only female friend, is given a nice positive name, but even she has escaped abuse at the hands of male dominance! Her only real male friend is a translator of “Blake” who comes and stays periodically who used to be her pupil. Also later in the book she makes friends with an Ecologist who studies the larvae in trees and she decides to “bed” him and they remain firm friends and he helps her in the final chapters.
Janina is afloat in a world of isolation and hardship, her nearest neighbour “Oddball” often ignores her as he goes on about his daily life! Until the murder of “Bigfoot” their closest neighbour, when he calls on her after he discovers the body!
The murders (all of local huntsmen) which prevail are all gruesome and carried out mysteriously. Janina’s suggestion, that these deaths were the revenge of the “Hunted” animal kingdom who have been killed by the hunters, give rise to her receiving her own label as “eccentric” old woman!! She is also hotly interrogated by the Police, as she gets involved in hunting community activities and starts writing many letters to the Police, even being incarcerated overnight! She does astrological charts for the deceased trying to show they were killed due to some astrological alignment of the planets and describing how the animals had murdered them!
The revelation at the end, that Janina has killed the hunters who had murdered her beloved “girls-dogs”, is a surprise to me! The irony is, she needs to flee to avoid conviction, for all her troubles chasing down the hunting community, the roles have reversed now and she has to live as a recluse in hiding! The hunter has become the hunted!
All in all, I found the authors depiction of Janina’s fight against the hunting male dominated environment, the harsh, cruel landscape and her own “ailments” very convincing. She shows Janina to be a strong woman who suffers terribly from mental health issues and battling her demons, but also is acutely aware of her lost youth and the ageing process and wants to still be recognised! This realisation of lost youth bloom, really torments her and she wants to stand up and be heard. Her unanswered letters to the Police, her lack of recognition as her articles remain unpublished, all serve to enrage Janina. This rage at being ignored makes her take the law into her own hands, as some sort of vigilante!
This is a story of so many things -survival, loneliness, battle of the sexes, animal cruelty, coping with mental illness, growing old, breaking with the status quo, standing up to what you believe in and reaping the consequences. The actual lack of real murder plot, however, falls flat as there are no other likely murderers and the Polices’ investigation is weak and not very realistic. We are not led to feel sorry for the victims, as if they got their comeuppance in a divine retribution sort of way- an eye for an eye! It is unconvincing that Janina is dismissed so swiftly as the murderer when she had made threats and has shown herself to be anti-hunting extremist.
But that aside, I really enjoyed the characters I got to know, I enjoyed the complexities of Janina and I enjoyed the overall read and being transported to another land! Review written by Janice

Absolutely loved this beautifully translated novel. As The Guardian says: "It is an astonishing amalgam of thriller, comedy and political treatise, written by a woman who combines an extraordinary intellect with an anarchic sensibility." Not sure what I can add to that really except to say that it raises and discusses so many interesting issues it would be a great book for a reading group that likes literary novels. 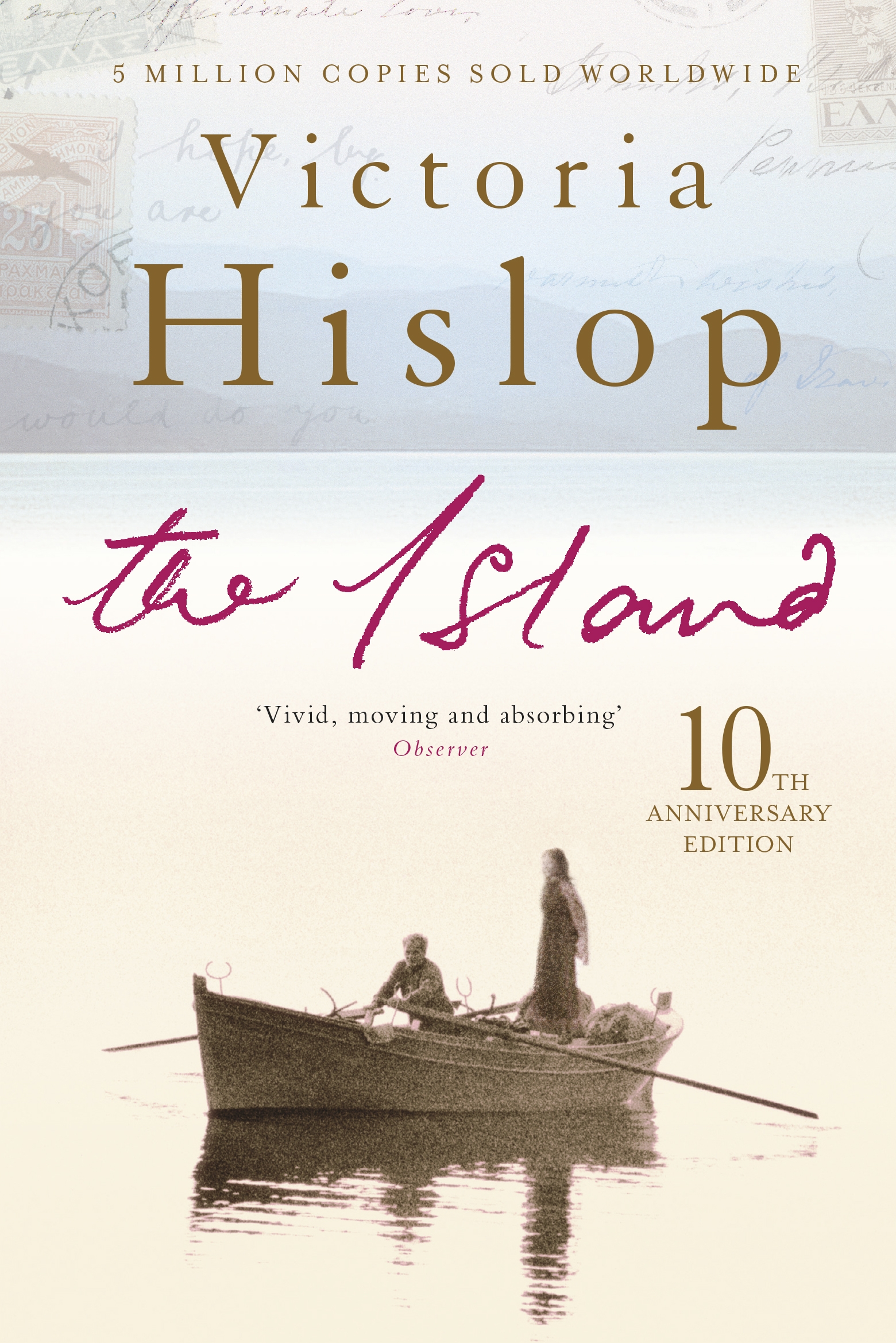 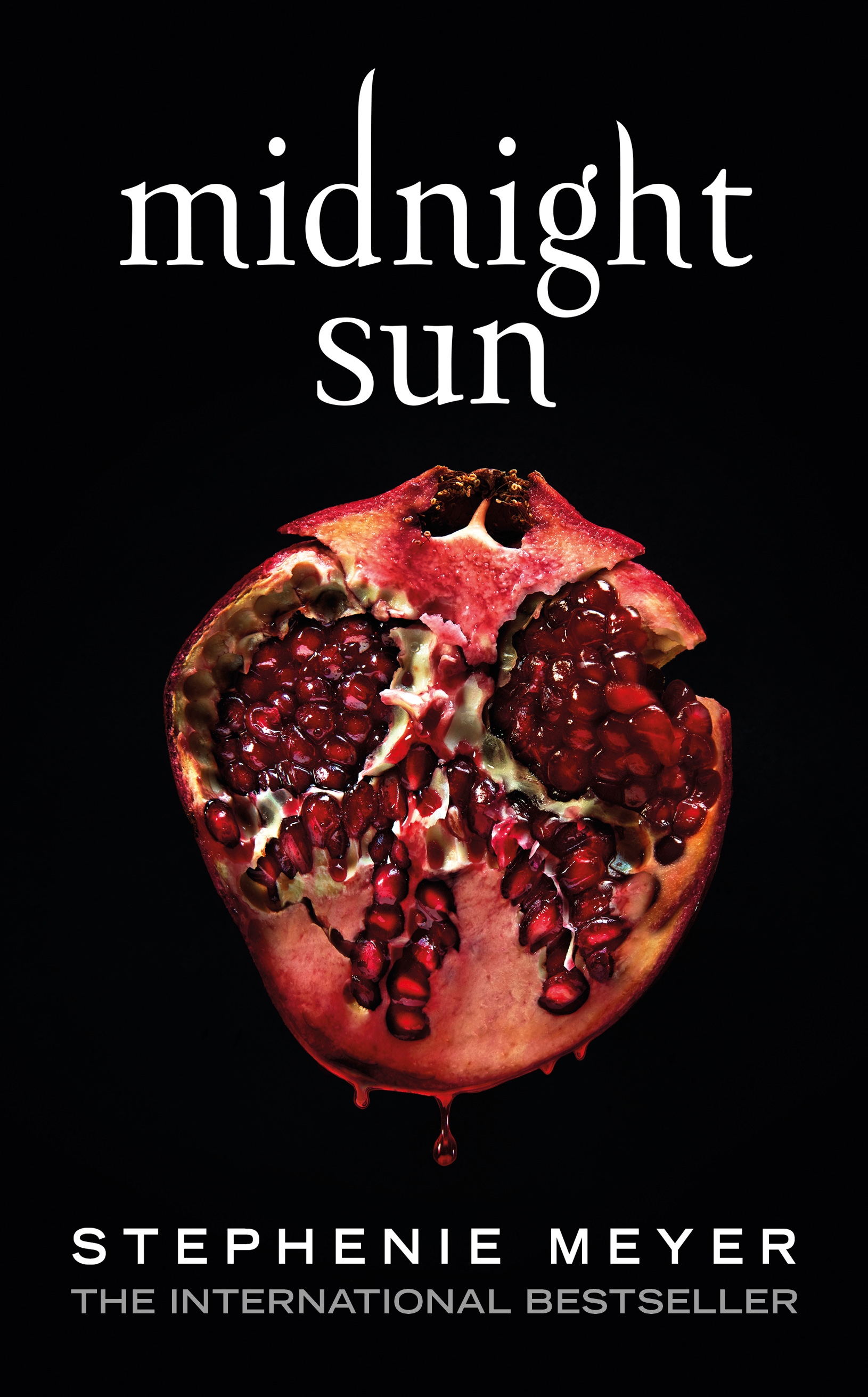 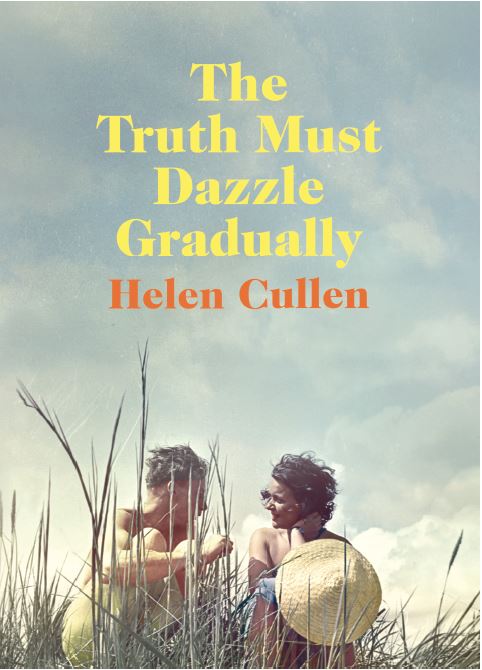 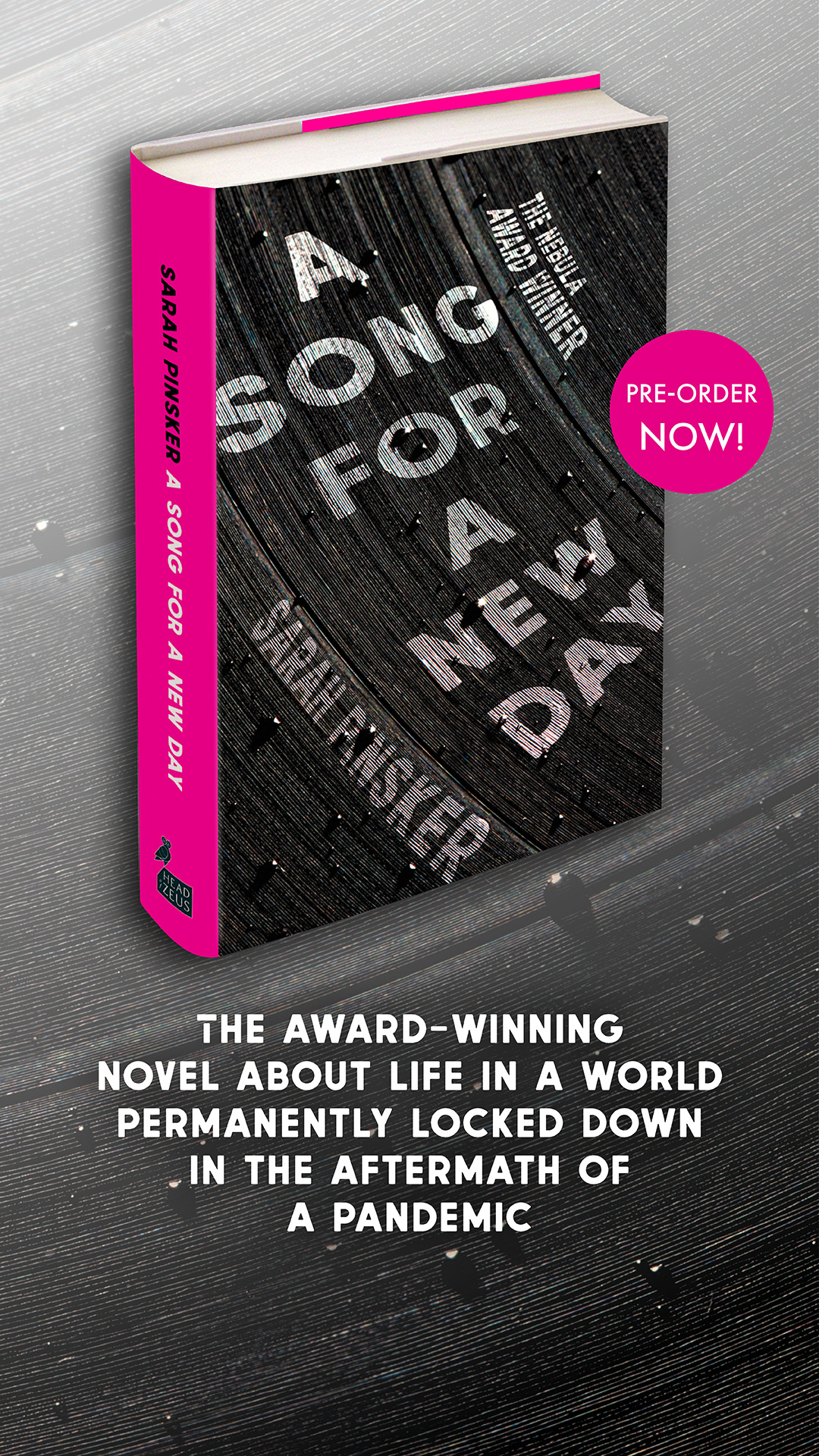 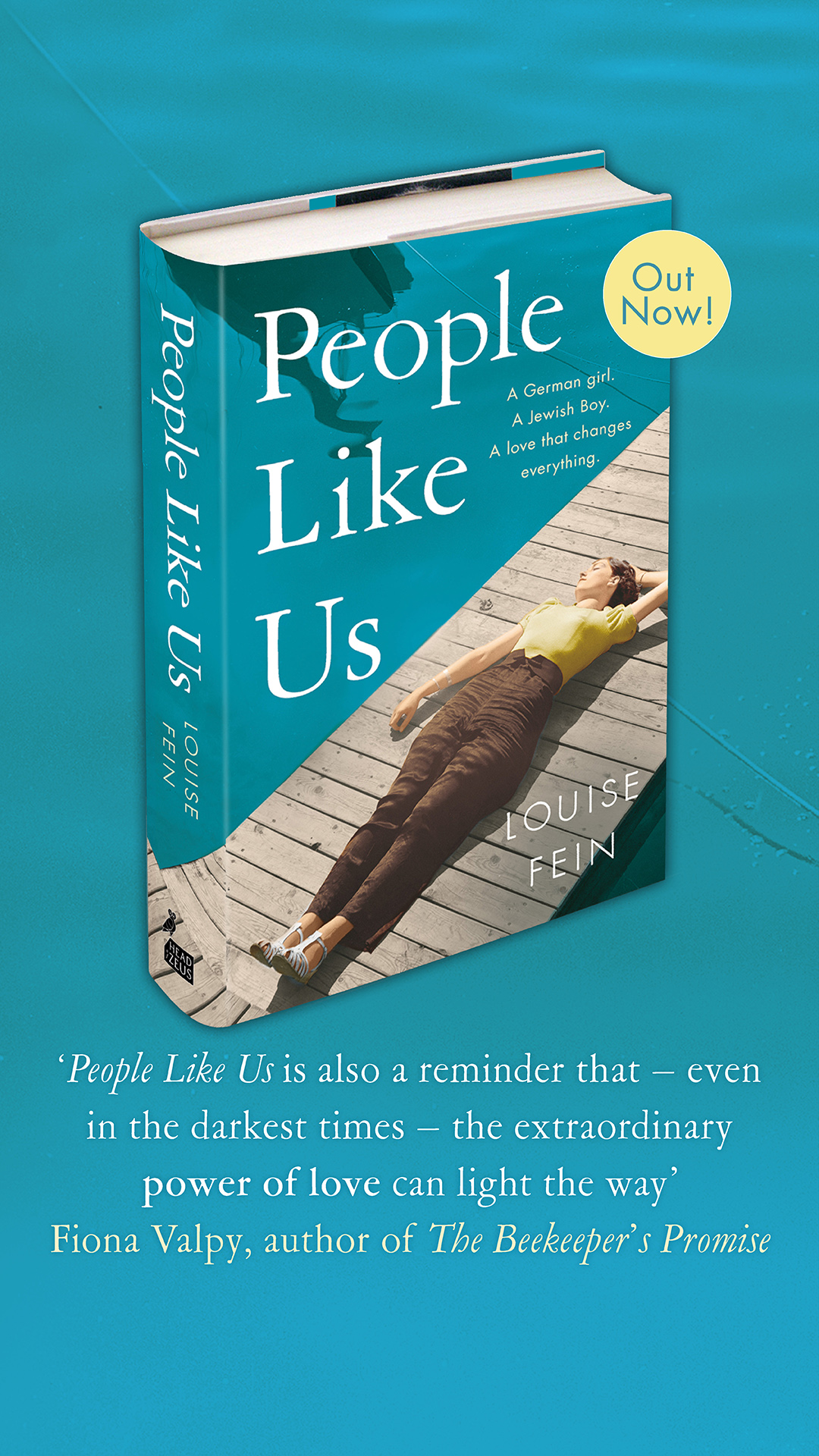