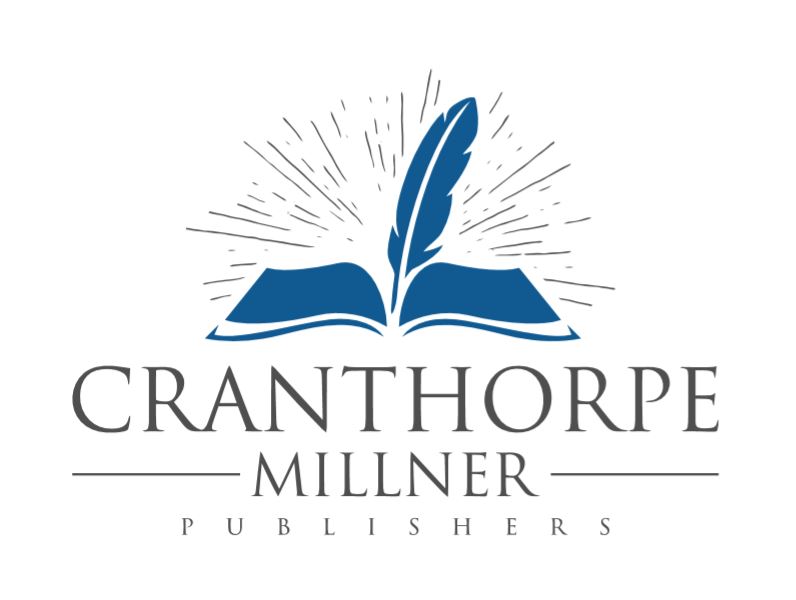 Cranthorpe Millner Publishers is an independent publisher based in Cambridge. Their first big title was Shaun Wallace’s autobiography, Chasing the Dream, which we published October 2018, and now they have a catalogue of just over 50 authors, though their aim is to stay small, releasing between 20-40 titles per year.

To highlight an exciting, upcoming through months they have selected some of their upcoming titles to highlight and there is even some fantastic POS available for World Mental Health Day (10 October). You can also find out more about each of the titles as well as viewing the full Cranthrope Millner catalogue in this digital pack.

Rory Green, Secret Agent to the Queen by Kerry McIntosh

Rory Green, Secret Agent to the Queen reminds us of the pivotal role bees play in our ecology. It captivates children and adults alike with its eco plot that reinforces to children – both extrovert and introvert – that they hold the power to reverse climate change.

A BBC Writers Room shortlisted writer, Kerry McIntosh draws her inspiration from real people, choosing to focus on a message of positivity through adversity and advocate for change.

Kerry struggled with school life; at the time low in confidence, she spent many classes staring out of classroom windows dreaming. Whilst reading was enjoyed, a difficulty focusing played a part in many books being cast aside. Now she is passionate about writing empowering, fast-paced and immersive children’s books to keep her young readers gripped to the end and inspired beyond. She has also chosen a Dyslexia-friendly font for Rory Green, Secret Agent to the Queen, to encourage children who may struggle with reading to engage with her story and discover the joy of reading.

Thomas the Baker and the Fire of London by Marcus Alexis

An atmospheric and captivating retelling of the story of the Great Fire of London. The book brings to life the events of 2 September 1666 through rhyme and stunning illustrations; and creates a guaranteed bedtime favourite for young readers.
Born and brought up in Cambridge, Marcus Alexis studied at the art foundation course founded in the city by Ruskin, and then moved to London to study graphic design. Afterwards, he pursued a career as a commercial designer at the BBC and various agencies, before moving to illustration. Having returned to Cambridge, he now lives and works from home with his partner – a writer – and their two young boys.

Anna’s F-Plan by Sarah T. Wright
This is a fun-filled, feel-good story about an angel with a F-Plan. Nathaniel and Anna’s Christmas Eve journey brings a little love, laughter and light relief, at what has been a particularly challenging time for all. A story that shows us that even at the darkest time of despair, there is always light, hope and help. All we have to do is ask.

Cuts and Bruises by Kelly O’Flaherty

Centred around the theme of mental health, it is similar in tone to the likes of The Fault in Our Stars and The Perks of Being a Wallflower. Men can struggle too, and that’s okay. The phrase “big boys don’t cry” is still a huge problem in society. Depression can develop for any reason, or seemingly no reason.

Kelly O’Flaherty is a novelist with a strong educational and creative background. As a teenager, struggles with depression and self-harming tendencies became a part of her everyday life. Keeping a journal and learning to play music truly helped young Kelly to find her way out of the fog.

Echoes of Gravity and Echoes of Time: Books one and two of Tapache’s Promise Trilogy by James Murdo

Echoes of Gravity bridges the gap between YA & Adult Science Fiction. For readers who enjoy authors such as Iain M. Banks, Alastair Reynolds and Dan Simmons. The central themes include the exploration of other modes of alien life, the importance of friends/family bonds, whether we should question what we think is right, and whether certain causes are more important than others.

Echoes of Time picks up 70 years on from the first instalment. Central themes include the exploration of other modes of alien life, the importance of friends/family bonds, whether we should question what we think is right, and whether certain causes are more important than others.

James Murdo was born and raised in London, where he still lives. He graduated from university with a master’s degree in physics, which added fuel to his early love of science fiction. Echoes of Gravity is the first in the Tapache’s Promise Trilogy, set in the Sci-Fi Wanderer Universe, alongside many of James’ other books.

Song of the Sea by Mya Roberts

A compelling eighteenth century story of love, loss and the sea. It was longlisted for the 2019 Mslexia novel writing competition. The novel is set in 1755 when a spirited young woman leaves her comfortable island home of Guernsey and travels to Nova Scotia, Canada so it is set in a place and during a time not widely known and rarely fictionalised, giving the story a distinct selling point.

Writing was always a magnet for Mya Roberts. She has written plays, articles, poetry and short stories. Some of these have won prizes and publication; some have been performed and broadcast.