Himself by Jess Kidd - read an extract 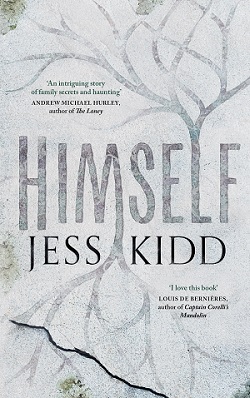 When Mahony returns to Mulderrig, a speck of a place on Ireland’s west coast, he brings only a photograph of his long-lost mother and a determination to do battle with the lies of his past.

No one – living or dead – will tell Mahony what happened to the teenage mother who abandoned him as a baby, despite his certainty that more than one of the villagers knows the sinister truth.

Between Mulderrig’s sly priest, its pitiless nurse and the caustic elderly actress throwing herself into her final village play, this beautiful and darkly comic debut novel creates an unforgettable world of mystery, bloody violence and buried secrets.

“Very funny, very profound, very moving . . . One of the finest books of the year.”
Simon Mayo

Read an extract of Himself today!