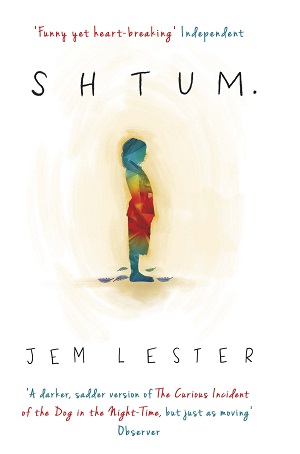 His ten-year-old son, Jonah, has never spoken. So when Ben and Jonah are forced to move in with Ben’s elderly father, three generations of men – one who can’t talk; two who won’t – are thrown together.

As Ben battles single fatherhood, a string of well-meaning social workers and his own demons, he learns some difficult home truths.
Jonah, blissful in his innocence, becomes the prism through which all the complicated strands of personal identity, family history and misunderstanding are finally untangled.

Perfect for fans of David Nicholls, The Shock of the Fall and The Curious Incident of the Dog in the Night-Time.

“A darker, sadder version of The Curious Incident of the Dog in the Night-Time, but just as moving.”
Observer

“This is the literary territory of Tony Parsons and Nick Hornby, infused with the Jewish humour of Howard Jacobson and Shalom Auslander . . . an impressive novel that gives a very accurate portrayal of the struggles some families of autistic children endure, while taking the reader on an exhilarating roller coaster ride between pathos, comedy and anger.”
Guardian