The Graces by Laure Eve - read an extract 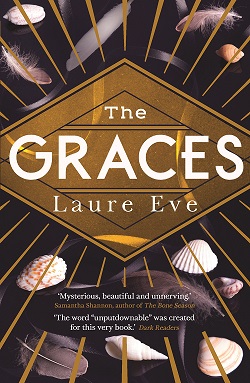 Read an exclusive extract from The Graces by Laure Eve.

Everyone said the Graces were witches. They moved through the corridors like sleek fish, ripples in their wake. Stares followed their backs and their hair. They had friends, but they were just distractions. They were waiting for someone different.

All I had to do was show them that person was me.

Like everyone else in her town, River is obsessed with the Graces, attracted by their glamour and apparent ability to weave magic. Desperate to escape her own life, River determines to become a part of theirs.

But are the Graces really what they seem? And as the stakes get higher, are they more dangerous than they let on? And what about River herself?

This beautifully-written thriller will grip you from its very first page.