The Summer of Broken Stories by James Wilson extract 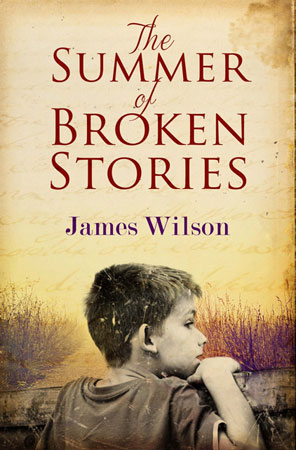 England, 1950s. While out playing in the woods, ten-year-old Mark meets a man living in an old railway carriage. Despite his wild appearance, the stranger, who introduces himself as Aubrey Hillyard, is captivating – an irreverent outsider who is shunned by Mark’s fellow villagers, and a writer to boot. Aubrey encourages Mark to tell stories about his own make-believe world, and in return he informs the boy about a novel he is writing – a work of ominous science fiction.

As the meddling villagers plot to drive Aubrey out, Mark finds himself caught between two worlds – yet convinced that he must help Aubrey prevail at any cost. Dealing with powerful themes of friendship, rebellion and betrayal, The Summer of Broken Stories is James Wilson’s long-awaited new novel.

“Wilson has a gifted, original voice.” The Daily Telegraph

“This book is so subtle, so moving, so intelligent — it does knock spots off almost everything else around.” Derek Beaven, author of Acts of Mutiny