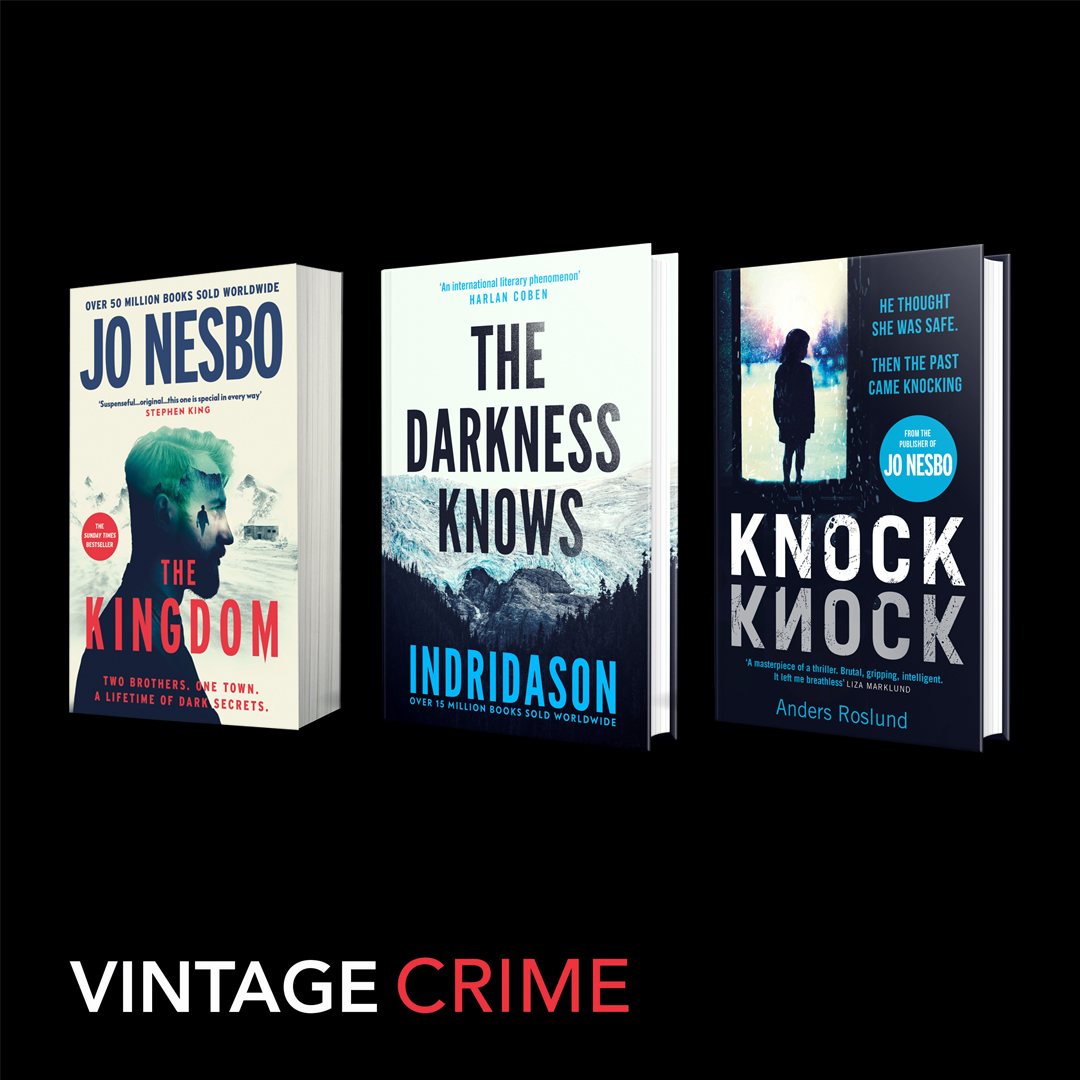 We’re working with Vintage on a campaign to promote three Scandi-noir bestsellers. Reading groups can win copies of one of these novels in exchange for online reviews.

Knock Knock by Anders Roslund
Set over three explosive days, this is compulsive, heart-pounding storytelling that will keep you on the edge of your seat. He thought she was safe. Then the past came knocking. Seventeen years ago, Inspector Ewert Grens was called to the scene of a brutal crime. A family had been murdered, with only their five-year-old daughter left behind. The girl was moved out and placed under witness protection, but while the case went cold, Grens is still haunted by the memory. When he learns that the apartment where the crime took place is now the scene of a mysterious break-in, Grens fears that someone is intent on silencing the only witness. He must race to find her…before they do. Perfect for fansof Jo Nesbo, Steig Larsson and Samuel Bjork

The Darkness Knows by Arnaldur Indridason
A frozen body is discovered in the icy depths of Langjökull glacier, apparently that of a businessman who disappeared thirty years before. At the time, an extensive search and police investigation yielded no results-one of the missing man’s business associates was briefly held in custody, but there wasn’t enough evidence to charge him.

Now the associate is arrested again and Konrád, the retired policeman who originally investigated the disappearance, is called back to reopen the case that has weighed on his mind for decades.

When a woman approaches him with new information that she obtained from her deceased brother, progress can finally be made in solving this long-cold case.

When Roy and Carl’s parents die suddenly, sixteen-year-old Roy is left as protector to his impulsive younger brother. But when Carl decides to travel the world in search of his fortune, Roy stays behind in their sleepy village, satisfied with his peaceful life as a mechanic. Some years later, Carl returns with his charismatic new wife, Shannon – an architect. They are full of exciting plans to build a spa hotel on their family land. Carl wants not only to make the brothers rich but the rest of the village, too. It’s only a matter of time before what begins as a jubilant homecoming sparks off a series of events that threaten to derail everything Roy holds dear, as long-buried family secrets begin to rise to the surface…