Home / The noticeboard Win copies of a Black Britain: Writing Back title for your reading group /

Win copies of a Black Britain: Writing Back title for your reading group 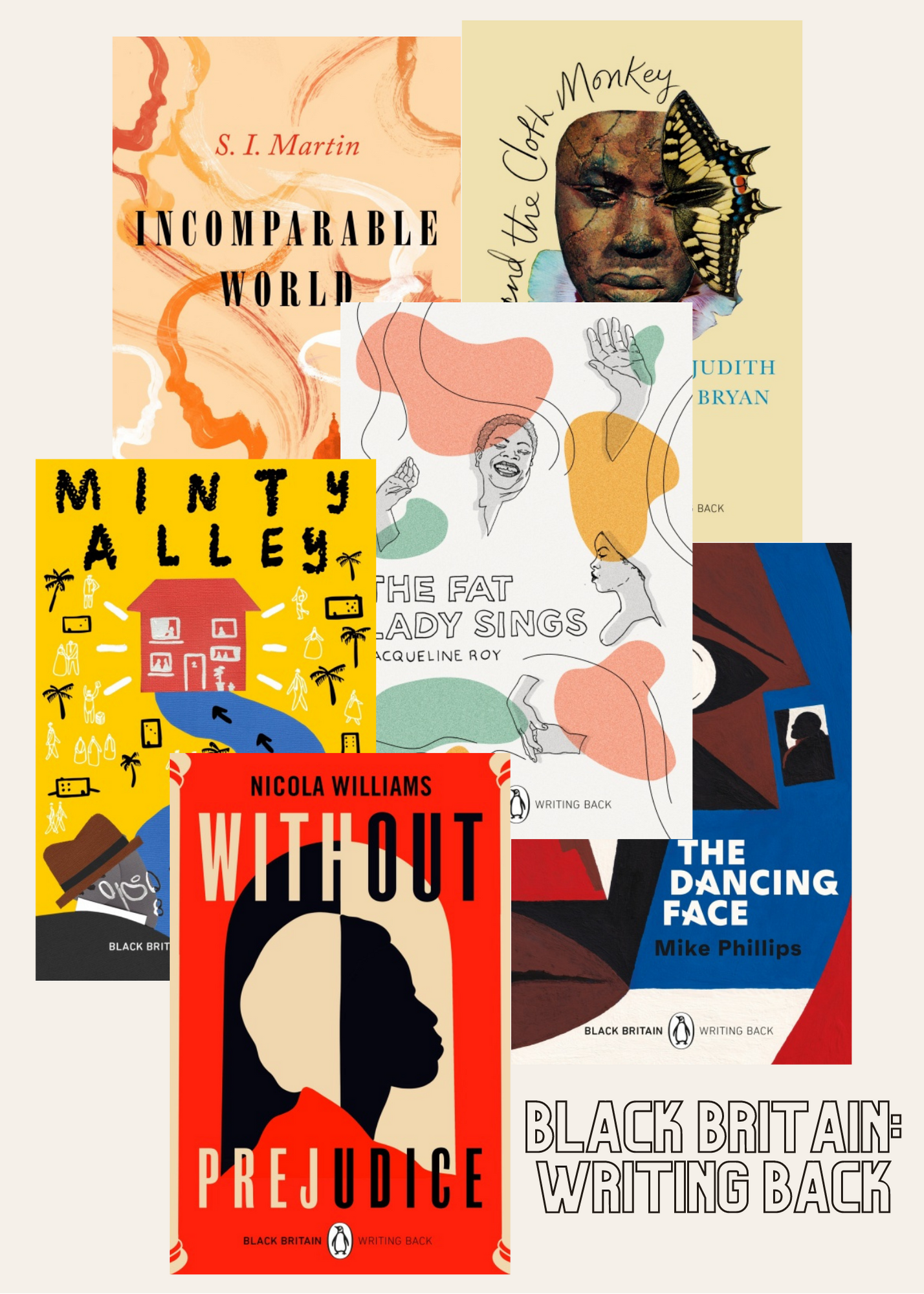 Hamish Hamilton has launched a landmark new series of lost or hard-to-find books, now rediscovered, by Black writers who wrote about Black Britain and the diaspora across the last century.

From breath-taking literary thrillers to innovative historical fiction, each title is thoughtfully repackaged with a fresh, bold look that features cover artwork by outstanding Black British artists, and a unique introduction from
Bernardine Evaristo.

It is the 1990s, and Gloria is living in a London psychiatric ward. She is unapologetically
loud, audacious and eternally on the brink of bursting into song. After several months of
uninterrupted routine, she is joined by another young black woman – Merle – who is full of
silences and fear. Unable to confide in their doctors, they agree to journal their pasts. Whispered into tape recorders and scrawled ferociously at night, the remarkable stories of their lives are revealed. In this tender, deeply-moving depiction of mental health, Roy creates a striking portrait of two women finding strength in their shared vulnerability, as they navigate a system that fails to protect them. Life-affirming and fearlessly hopeful, this is an unforgettable story.

In the years just after the American revolution, London was the unlikely refuge for thousands of black Americans who fought for liberty on the side of the British. Buckram, Georgie and William have earned their freedom and escaped their American oppressors, but on the streets of London, poverty awaits with equal cruelty. Ruthless, chaotic and endlessly evolving, London forces them into a life of crime, and a life on the margins. Their only hope for a better future is to concoct a scheme so daring, it will be a miracle if it pays off.

It is the 1920s in the Trinidadian capital, and Haynes’ world has been upended. His mother has passed away, and his carefully mapped-out future of gleaming opportunity has disappeared with her.
Unable to afford his former life, he finds himself moving into Minty Alley – a bustling barrack yard teeming with life and a spectacular cast of characters. In this sliver of West Indian working-class society, outrageous love affairs and
passionate arguments are a daily fixture, and Haynes begins to slip from curious observer to the heart of the action. Minty Alley is a gloriously observed portrayal of class, community and the ways in which we are all inherently connected. An undisputed modern classic, this is an exceptional story told by one of the twentieth century’s greatest Caribbean thinkers.

Without Prejudice by Nicola Williams

Lee Mitchell is a thirty-year-old barrister from a working-class Caribbean background: in the cut-throat environment of the courtroom, everything is
stacked against her. After she takes on the high-profile case of notorious millionaire playboy Clive
Omartian – arrested along with his father and stepbrother for eye-wateringly exorbitant fraud – the line between her personal and professional life becomes dangerously blurred. Spiralling further into Clive’s trail of debauchery and corruption, she finds herself in alarmingly deep waters. Can she survive her case, let alone win it?

Bernard and the Cloth Monkey by Judith Bryan

When Anita finally returns to London after a long absence, everything has changed. Her father is dead, her mother has disappeared, and she and her sister Beth are alone together for the first time in years. They share a house. They share a family. They share a past. Tentatively, they reach out to one another for connection, but the house echoes
with words unspoken. Can they confront the pain of the past together?

The Dancing Face by Mike Phillips

University lecturer Gus knows that stealing the priceless Beninese mask, The Dancing Face, from an exhibition at the heart of the British establishment will gain an avalanche of attention.
Which is exactly what he wants. But such a risky theft will also inevitably capture the attention of characters with more money, more power, and fewer morals. Naively entangling his loved ones in his increasingly dangerous pursuit of righteous reparation, is Gus prepared for what it will cost him?

Hamish Hamilton is offering 6 reading groups 10 copies of a Black Britain: Writing Back book of their choice, in exchange for online reviews. To pitch for your group to take part, please log in to Reading Groups for Everyone and complete the survey below by 20 April 2021.

Not a member of Reading Groups for Everyone? Create an account here.