Home / The noticeboard / Host a virtual library even... 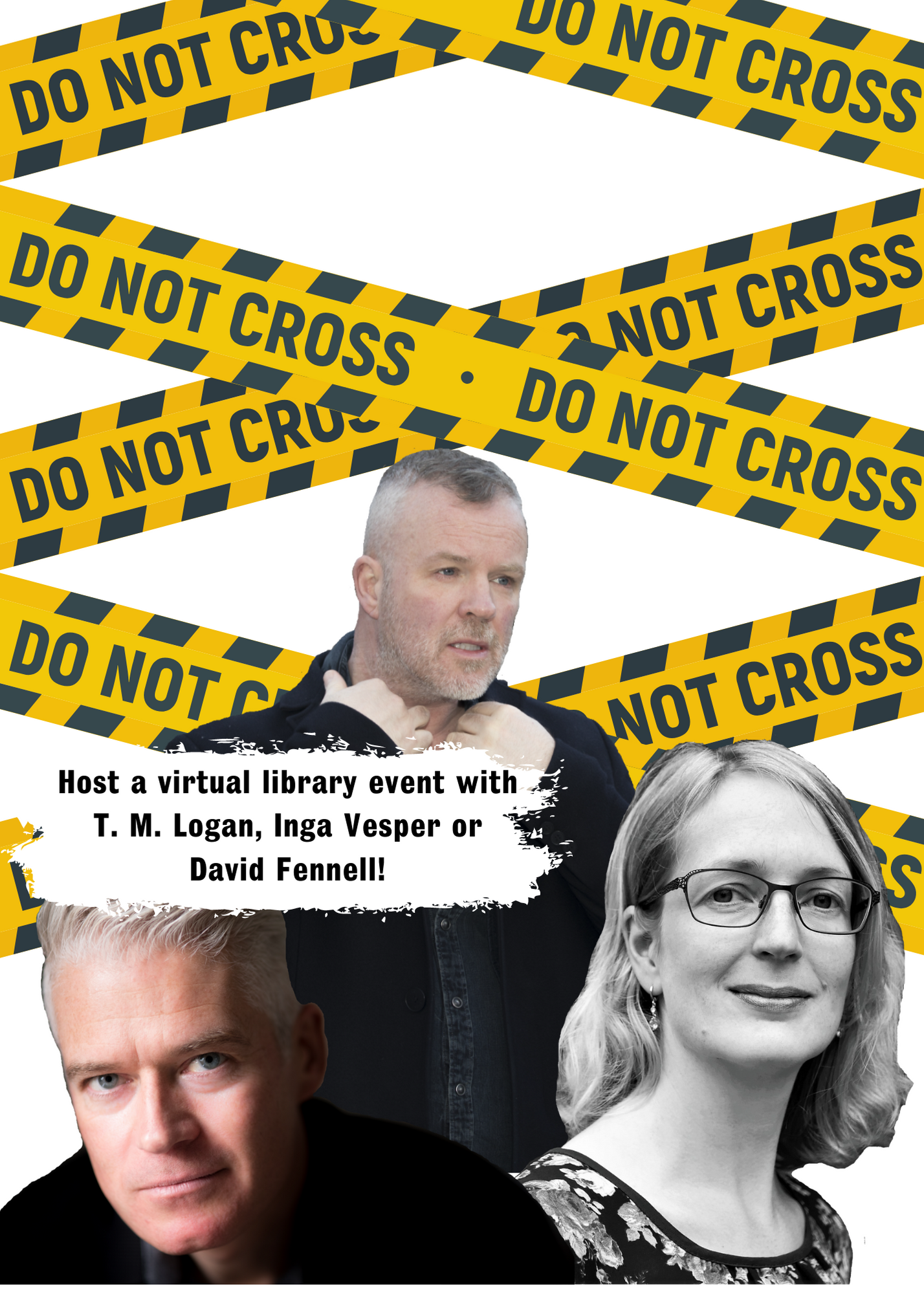 The Reading Agency and Bonnier are excited to offer libraries the opportunity to host a virtual event with one of three fantastic crime authors!

TM Logan is a former newspaper journalist and now a bestselling author. His thrillers have sold more than one million copies in the UK alone and are published in 19 countries around the world. His debut thriller Lies was one of Amazon UK’s biggest ebooks of 2017, while The Holiday was a Richard & Judy Book Club pick and spent ten weeks in the Sunday Times paperback Top 10. Trust Me, his brand new thriller, tells the story of two strangers, a child, and a split second choice that will change everything for ever. It will be published in the UK on 18 March 2021.

Inga Vesper is a journalist specialising in science, climate change and the Global South, with an MSc in climate change management. In her hotly-anticipated debut novel, The Long, Long Afternoon, Joyce Haney, a seemingly happy housewife and mother, vanishes from her home, leaving behind only two terrified young children and a bloodstain on the kitchen floor. It is published on 4 February.

David Fennell was born in Belfast during the Troubles and grew up in Springfield Park, the last working class religiously mixed area of west Belfast. Reading and writing was his escape from Northern Ireland’s smothering political unrest. His novel Sleeper: The Red Storm, was shortlisted for the Wilbur Smith Adventure Writing Prize. His crime debut, The Art of Death, follows Detective Inspector Grace Archer’s hunt for a serial killer whose murderous art installations begin appearing across London. It will be published on 4 February

If your library would like to pitch to host an event with one or more of the above authors, please log in to Reading Groups for Everyone and complete the survey below by Friday 25 February. Successful libraries will be notified shortly after the closing date.

If you have a question, please email zoe.sadler@readingagency.org.uk