Home / The noticeboard / The Nemesis Manifesto by Er... 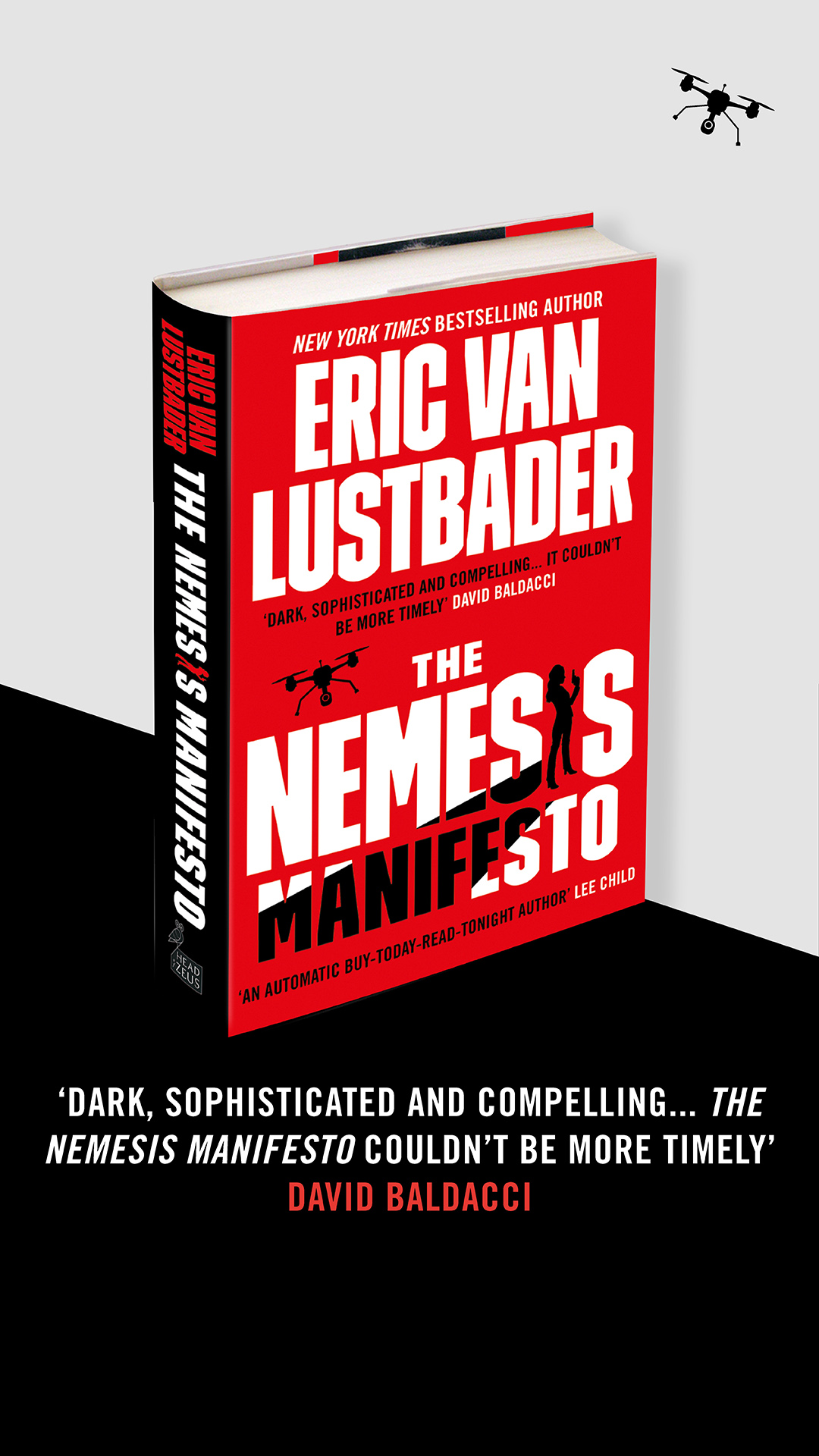 Head of Zeus are excited to be offering 5 copies of The Nemesis Manifesto by Eric Van Lustbader to 5 reading groups.

Evan Ryder is a lone wolf, a field agent for a black-ops arm of the Department of Defense, who has survived unspeakable tragedy and dedicated her life to protecting her country. When her fellow agents begin to be systematically eliminated, Evan must unravel the thread that ties them all together… and before her name comes up on the kill list.

The list belongs to a mysterious cabal known only as Nemesis, a hostile entity hell-bent on tearing the United States apart. As Evan tracks them from Washington D.C. to the Caucasus Mountains, from Austria to a fortress in Germany where her own demons reside, she unearths a network of conspirators far more complex than anyone could have imagined. Can Evan uproot them before Nemesis forces bring democracy to its knees?

The Nemesis Manifesto is an epic and harrowing adventure of the predatory forces that are threatening the very fabric of democracy and kicks off a compelling new series with a singular new hero for our time.

If you would like a chance to read The Nemesis Manifesto for your reading group please email using the contact details below and let us know if you’d be happy to provide reviews for us too.