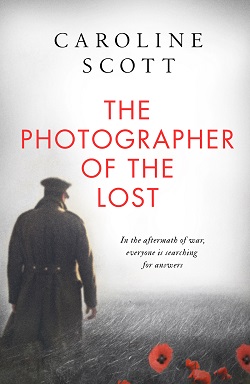 The Photographer of the Lost, the powerful historical novel from Caroline Scott, has been chosen for the Radio 2 Book Club, and will be on the show on Monday 16 December.

To apply, please log in and fill in your details below before Friday 20 December.

Caroline Scott completed a PhD in History at the University of Durham. She developed a particular interest in the impact of the First World War on the landscape of Belgium and France, and in the experience of women during the conflict – fascinations that she was able to pursue while she spent several years working as a researcher for a Belgian company. Caroline is originally from Lancashire, but now lives in southwest France.

Find out more about the book.