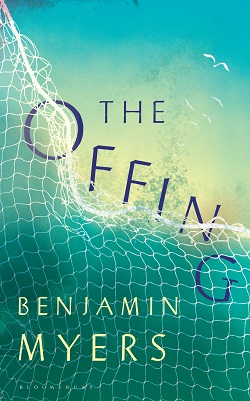 The Offing, the evocative novel by prize-winning author Benjamin Myers, has been chosen for the Radio 2 Book Club, and will be on the show on Monday 16 September.

We have the chance for you to win a set of 10 copies of the book for your reading group.

To apply, please log in and fill in your details below before Friday 20 September.

Benjamin Myers was born in Durham in 1976. His novel The Gallows Pole received a Roger Deakin Award and won the Walter Scott Prize for historical fiction. Beastings won the Portico Prize for Literature and Pig Iron won the Gordon Burn Prize, while Richard was a Sunday Times Book of the Year. He has also published poetry, crime novels, and short fiction, while his journalism has appeared in publications including, among others, the Guardian, New Statesman, Caught by the River and New Scientist. He lives in the Upper Calder Valley, West Yorkshire.