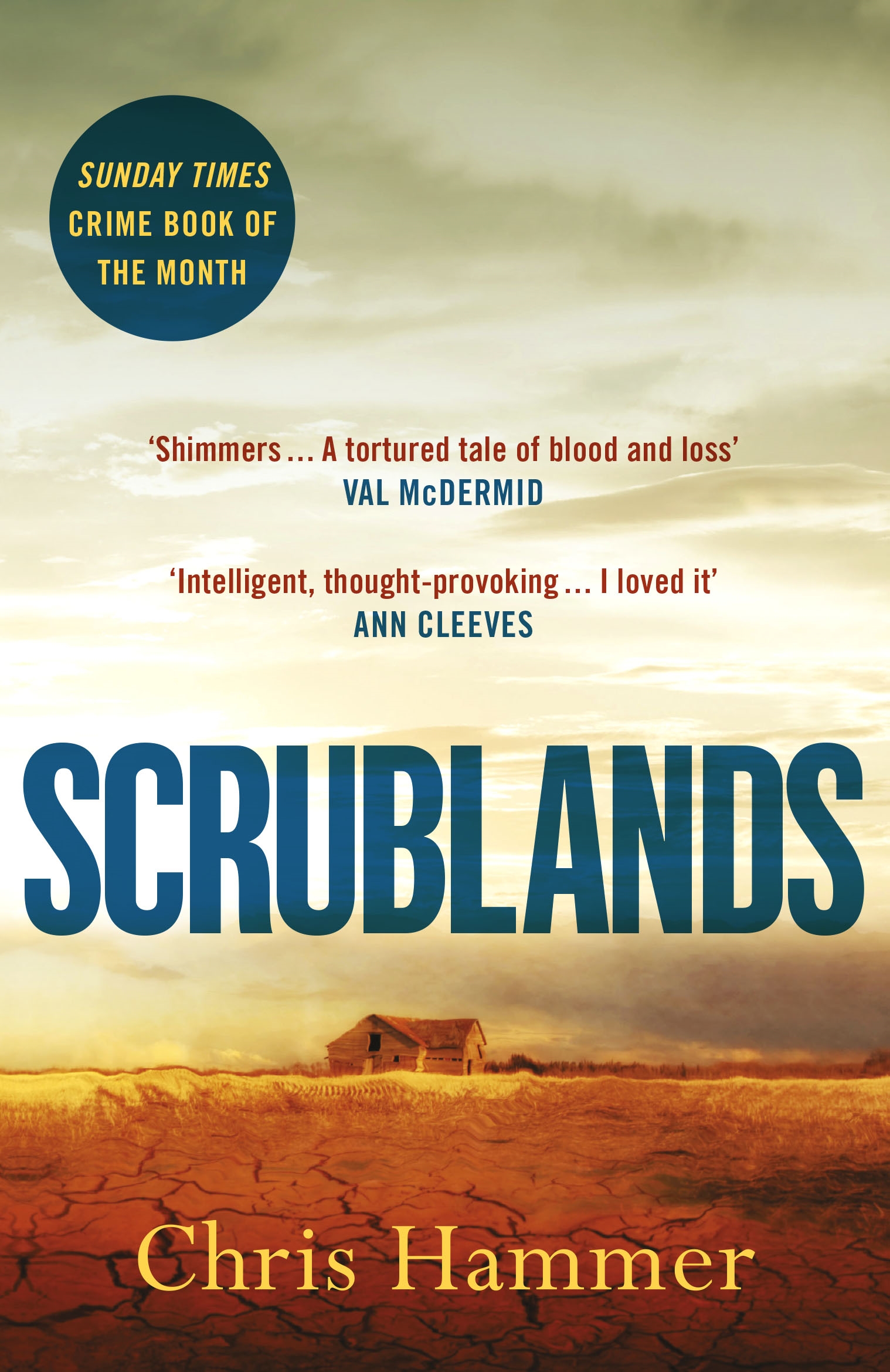 ‘Shimmers … a tortured tale of blood and loss’ Val McDermid

‘Stunning … SCRUBLANDS is that rare combination, a page-turner that stays long in the memory’ Sunday Times (Crime Book of the Month)

The #1 Bestselling Australian crime novel, perfect for fans of Peter May and Jane Harper

In an isolated country town ravaged by drought, a charismatic young priest opens fire on his congregation, killing five men before being shot dead himself.

A year later, journalist Martin Scarsden arrives in Riversend to write a feature on the anniversary of the tragedy. But the stories he hears from the locals don’t fit with the accepted version of events.

Just as Martin believes he is making headway, a shocking discovery rocks the town. The bodies of two backpackers – missing since the time of the massacre – are found in the scrublands. The media descends on Riversend and Martin is the one in the spotlight.

Wrestling with his own demons, Martin finds himself risking everything to uncover a truth that becomes more complex with every twist. But there are powerful forces determined to stop him, and he has no idea how far they will go to make sure the town’s secrets stay buried.

We are delighted to offer 5 reading groups 10 copies each the bestselling Australian debut, SCRUBLANDS.

To be in with a chance of winning please tell us why you think you would be perfect in 200 words or less by the end of August. The Chris Hammer team will pick the winning groups early in September 2019. (Please note copies may be proofs or paperback but are the same fantastic book!)

And for those teams not lucky enough to win – or who can’t wait to read – some sample reading group questions are attached here!