Home / News / Win a copy of Violet Kupersmith's unforgettable debut, Build Your House Around My Body

Win a copy of Violet Kupersmith's unforgettable debut, Build Your House Around My Body 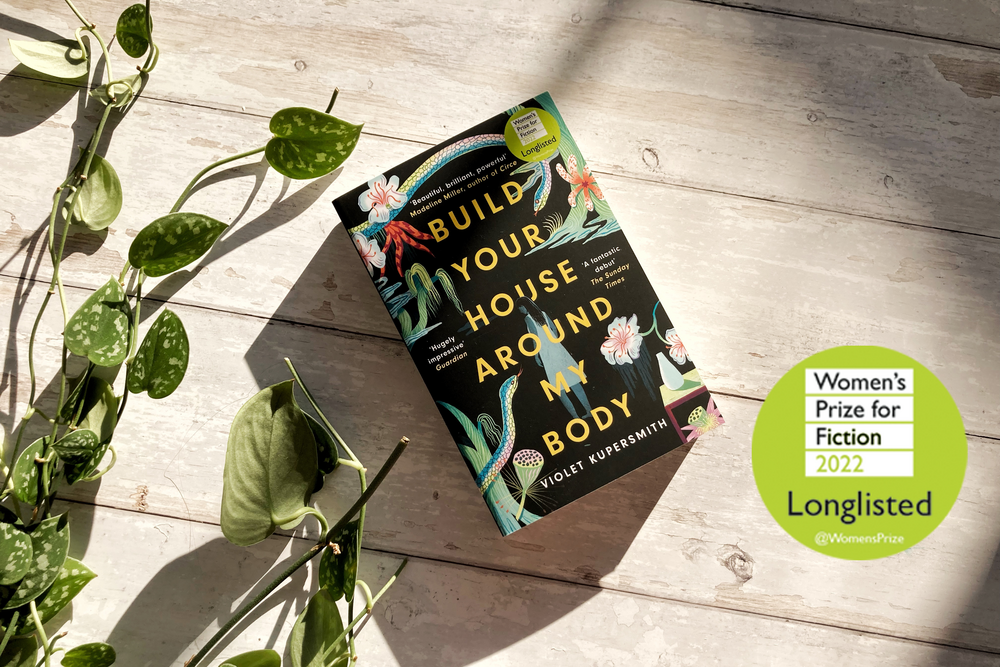 We caught up with Violet Kupersmith to find out more about the author behind the novel that hurtles through the ghostly secrets of Vietnamese history to create an immersive, playful and utterly unforgettable debut. The book was published by Oneworld this month and you can enter our competition to win a copy.

What was your inspiration for Build Your House Around My Body?

First, a psychic told me that I would write something about a house (but didn’t say anything more specific). And I was already interested by the idea of haunted houses, by the parallels between occupied lands and occupied bodies. When I started trying to write the novel I was living in Da Lat, in the Vietnamese Central Highlands, which was originally established as a sort of mountain resort town for the French to escape the summer heat during the colonial era. Surrounded by all of its crumbling old European villas, I could never shake the spooky feeling that the past was a semitranslucent film sitting on top of the present that they could never scrape off. That feeling, and that city, were major inspirations for the book.

Why did you decide to tell this story primarily through the lives of three women, several years apart? Was one of the storylines easier to write than the others?

I wanted to explore the idea of women who misbehave (and explore my own failures at being a paragon of Vietnamese womanhood) by writing characters who defy the roles that were set for them—docility, motherhood, model minority success. And I liked the idea of their timelines nesting inside one another, as if the story of each woman is sprouting from the one before, strengthened by their shared lineage of disobedience.

It was definitely easiest to write Binh’s storyline—she was just the most fun character to spend time with, and so it felt like she was steering it herself while I was just along for the ride. And writing Winnie’s was the hardest, because we share more character DNA. For a long time I resisted the idea of having her thread run through the entire book—I initially planned for her arc to be much shorter and start much later on—because I was afraid that if I gave her the space to grow, she would end up becoming my doppelganger. It wasn’t until I finally allowed her to inherit her whole piece of the story that I realized that she was entirely her own creature and not just an extension of me.

Your mother’s family came to America as refugees after the fall of Saigon in 1975. What was your own experience of growing up as a Vietnamese American in the US? Has that duality informed your writing?

I grew up mixed-race in predominantly white, small towns in the Northeast, while the rest of my mother’s family stayed in Texas—where they had been resettled after arriving in the US—in the Vietnamese American enclaves around Houston. I would spend the school year feeling like an outsider in my hometown, and then go down to visit the family for the summer and realize that I was another outsider there too. It always felt that instead of having both identities, I had neither. But I do think that this—this perpetual feeling of being pressed up against windows, looking in on worlds I didn’t belong to from the outside—was why I started writing in the first place. And in fiction, there was a freedom in that kind of lack of identity. I think that it emboldened me to try writing from a stranger mix of perspectives than I would have otherwise.

You’ve had your own run-ins with ghosts while spending time in Da Lat, a notoriously haunted Vietnamese city. Could you tell us about this?

Yes! In addition to working on the novel, while I lived in Da Lat I felt like I had a parallel career as the Central Highland’s worst independent ghost investigator. I would go around asking strangers about their own ghost stories, and all of my poking resulted in my getting mixed up in a few paranormal encounters. In the novel, the chapter where the Saigon Spirit Eradication Co. goes to the Highlands was inspired by a house exorcism I was invited to, where the local fortune teller determined that a family’s poltergeist was causing trouble because it was a vegetarian and the family had been leaving chicken for it on their altar. I also very cavalierly tried to spend the night out in the ruins of one of Da Lat’s allegedly haunted French villas with some journalist friends, and at three in the morning I awoke to sounds that could not have been made by corporeal beings. My friends were not convinced by my story, and they were definitely not pleased when I got them all up and said that we needed to leave the house, but I am certain that I saved us all from getting ghosted that night.

Finally, what do you hope readers will take away from Build Your House Around My Body?

I hope it’s a book that unlocks a door inside the reader, whatever might be behind it.

Enter our competition to win a copy of Build Your House Around My Body.

If you don’t use social media you can email your entry to competitions@readingagency.org.uk
Competition closes on Friday 8 April UK residents only.