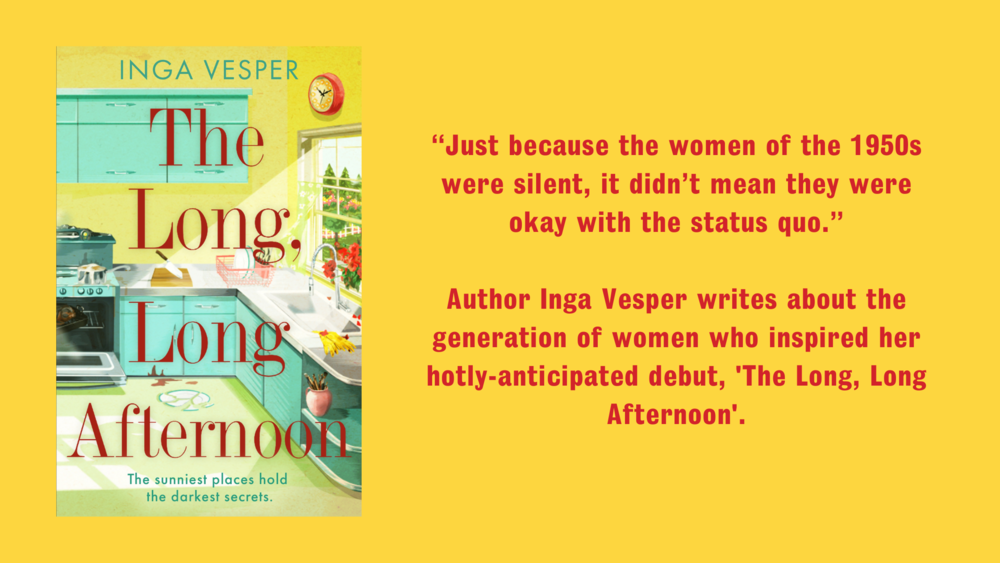 “Oh, it’s not like we weren’t feminists,” says the woman—well into her 70s—sitting next to me on a plane. “It’s just that we didn’t phrase it that away.”

I was flying to Spain for a work gig and deep in conversation with the woman in seat 17B, on her way to visit a granddaughter who had started a job in Valencia. We were talking about how amazing it was that young women everywhere—like me, like her grandchild—were carving out international careers and moving countries with ease. Unheard of, just a few decades ago.

My travel companion was a young mother and wife in the 1950s. She gave up her job to raise her children and run the home. She did not have her own money. She was legally barred from being a peer or joining the stock exchange. Spain, for her, was as far away as China.

But when I wondered why women were okay with this back then, she was adamant that they weren’t. “We hated it,” she said. “But you didn’t speak about it.”

This is the essence of The Long, Long Afternoon. The image of the perfect 50s—the neat suburban houses, the smiling housewives with plates of steaming cookies—was never real. It was invented by ad agencies to sell products. It was make-believe, created to mask the deep, depressing unhappiness of many women at the time.

Why, then, was such an image created? It was, I sincerely hope, the last-ditch attempt of a patriarchal society to return to a status quo that had been abandoned during the Great Depression and World War II.

Both events were fundamental in getting women into the workforce. During the economic downturn of the 1930s, many families needed two incomes to survive. A decade later, with men being drafted to fight, women were called forward to work in factories, run air raid shelters and “man” radio transmitters.

But during the 1950s women, now used to earning their own money, carving out careers and relying on a network of colleagues, were forced to give up their economic independence. Many businesses, including Lloyds Bank, introduced so-called marriage bars, which meant that all women were supplementary staff who earned less and could be fired at will—in expectation of their impending marriages. It was perfectly legal not to hire women with children.

Advertisements, television shows and popular culture all did their best to convince women that staying home was good. Hence the happy housewives that clutter the imagery of the era, all starched aprons, rosy cheeks and wide, almost maniacally excited smiles.

In fact, many women of the era were miserable, angry and frustrated, as evidenced by the huge amounts of anti-depressants and mood stabilisers consumed at the time. When women spoke up, their dissatisfaction was diagnosed as a clinical problem and silenced with chemicals.

The women in The Long, Long Afternoon experience this first-hand. They are terribly unhappy, but they do not speak about it. They cannot. They’ve been cowed into silence by the advertisements and still their anger with Miltown pills.

The resistance began much earlier than most of us may think. In Britain, the equal pay act for female teachers was passed in 1952, followed by one for civil servants in 1954. Women around the country organised in lobby groups to demand fair treatment, and many of these groups ended up supporting the ground-breaking industrial strikes for fair pay during the 1960s.

I owe so much to my travel companion on that flight to Spain. She opened my eyes to the fact that, just because the women of the 1950s were silent, it didn’t mean they were okay with the status quo. As we parted in the baggage hall, her granddaughter waving excitedly through the glass panelling, she turned to me one last time and said: “It’s amazing how much things have changed. But I wonder if they’ve changed enough.”

A few weeks after I returned home, in October 2017, the #metoo movement started to trend on Twitter. Suddenly, the internet was full of women speaking out about sexual harassment when, previously, they had been unable to do so. They had simply shut up and smiled.

Reading their stories, I began to wonder about the conversation I’d had on that plane, and how much more change we need for women to be able to speak freely and be heard. A few months later, I started writing The Long, Long Afternoon. 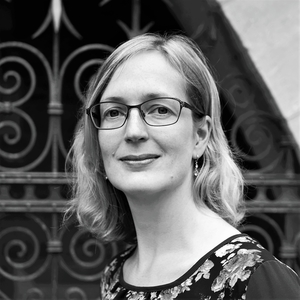 Inga Vesper is a journalist specialising in science, climate change and the Global South, with an MSc in climate change management. In her debut novel, The Long, Long Afternoon, Joyce Haney, a seemingly happy housewife and mother, vanishes from her home, leaving behind only two terrified young children and a bloodstain on the kitchen floor. It is published by Bonnier Books UK on 4 February. Buy a copy from The Reading Agency’s shop on Bookshop.org and a small donation will go towards helping us continue to reach 1.8 million people each year through the proven power of reading.

Would your library like to host a virtual event with Inga? Find out how you can here.