Radio 2 Book Club - The Vanishing Half 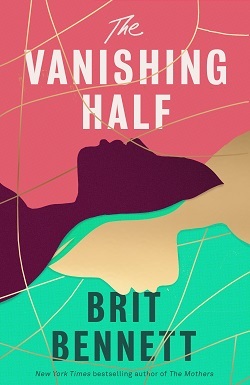 The next book to be featured on the Jo Whiley Radio 2 Book Club will be The Vanishing Half, a brilliantly powerful novel by Brit Bennett. Brit will be on the show on Monday 22 June and the book will be released on 25 June.

We have the chance for you to win 10 copies of this fantastic novel for your reading group! Please enter by Friday 26 June.

The Vignes twin sisters will always be identical. But after growing up together in a small, southern black community and running away at age sixteen, it’s not just the shape of their daily lives that is different as adults, it’s everything: their families, their communities, their racial identities. Ten years later, one sister lives with her black daughter in the same southern town she once tried to escape. The other secretly passes for white, and her white husband knows nothing of her past. Still, even separated by so many miles and just as many lies, the fates of the twins remain intertwined. What will happen to the next generation, when their own daughters’ story lines intersect?

Weaving together multiple strands and generations of this family, from the Deep South to California, from the 1950s to the 1990s, Brit Bennett produces a story that is at once a riveting, emotional family story and a brilliant exploration of the American history of passing. Looking well beyond issues of race, The Vanishing Half considers the lasting influence of the past as it shapes a person’s decisions, desires, and expectations, and explores some of the multiple reasons and realms in which people sometimes feel pulled to live as something other than their origins.

The book was selected with the help of a panel of library staff from across the UK. Our readers loved The Vanishing Half – here are some of their comments:

“This book was EVERYTHING!! The characters were incredible and so detailed, the story line was fantastic. I read the book with such hope for the characters as I had completely fallen for the story line it was such an emotional read and what a talented writer! The book very cleverly deals with race, gender and self-identity. I can’t wait to read more of her works.”

“This was such a beautiful and enjoyable book to read. I was engaged from start to finish drawn in by the characters and the storytelling. The author brilliantly pulled together the different generations spanning a period from the 1950s to the 1990s that really explored America at the time. The book was set between the Deep South and California and deals with issues around race, gender and self-identity well. The characters were complex and well written and the author really takes you on a journey with them and leaves you feeling for each and every one of them in some way.”

“I didn’t know what to expect with this one, but was soon caught up in the excellent storytelling, from the history of the small strange town of Mallard, to the life of the twin sisters who disappear one night, and then the generational stories that show them as adults, the different directions their lives have taken, and the lives of each of their daughters. Brought up lots of interesting issues about race and identity that I have found myself really wanting to talk to other people about., Usually I don’t like multi-generational narratives, but I thought this was really well handled.” 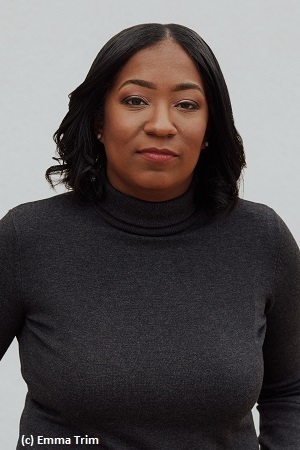 Born and raised in Southern California, Brit Bennett graduated from Stanford University and later earned her MFA in fiction at the University of Michigan, where she won a Hopwood Award in Graduate Short Fiction as well as the 2014 Hurston/Wright Award for College Writers. Her work is featured in The New Yorker, The New York Times Magazine, The Paris Review, and Jezebel. She is one of the National Book Foundation’s 2016 5 Under 35 honourees.

A word from Brit

“I’m so honored that The Vanishing Half has been chosen for the BBC Radio 2 Book Club. Like many writers, I’ve always considered the library a second home. I first became a reader at the public library, where I read out of pure curiosity, not yet realizing that I was nurturing the part of me who wanted to be a storyteller herself someday. So thank you to everyone at The Reading Agency and all the librarians who selected The Vanishing Half for the Book Club. I hope everyone enjoys the novel!”

Tune in to Jo Whiley’s show on Monday 22 June to hear a live interview with Brit.

Have you read The Vanishing Half? You can share your thoughts with us on Twitter using #R2BookClub and #TheVanishingHalf. You can also follow author Brit Bennett.

Add a review, or put the book on your group’s reading list.

Planning to buy The Vanishing Half for your group? Buy books from Hive and support The Reading Agency and local bookshops at no extra cost to you.