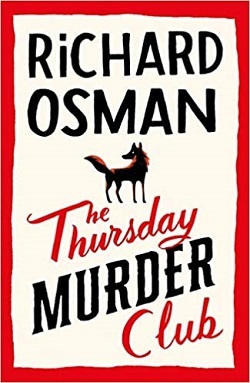 The next book to be featured on the Jo Whiley Radio 2 Book Club will be The Thursday Murder Club, the wonderful debut novel by Richard Osman. The book was released on 3 September and Richard will be on the show on Monday 21 September.

In a peaceful retirement village, four unlikely friends meet up once a week to investigate unsolved killings. But when a local property developer shows up dead, ‘The Thursday Murder Club’ find themselves in the middle of their first live case.

The four friends, Elizabeth, Joyce, Ibrahim and Ron, might be pushing eighty but they still have a few tricks up their sleeves. Can our unorthodox but brilliant gang catch the killer before it’s too late?

The book was selected with the help of a panel of library staff from across the UK. Our readers loved The Thursday Murder Club – here are some of their comments:

“A novel set in a care facility, with a mixture of fascinating and wonderful characters formed the backdrop for Richard Osman’s The Thursday Murder Club. You weren’t quite sure what to expect, or indeed what direction the plot and the story would take you. The characters were wonderful; Elizabeth their leader, a past career obviously in some kind of top-secret organisation, who managed to have connections in many places, who rallied the troops with her indomitable determination. Joyce was our occasional narrator, quiet, understated who operated on the fringes, an ever-watchful eye that took it all in, mused and commented when required. There was Ron, ex-boxer, Ibrahim, the group genius and then the police Donna and Chris unwittingly pulled into their intrigues, as Elizabeth wrapped them all around her finger. If the story centred around its characters, then it was also about the plot. The owner of the residential facility, with his ambitious plan to extend, set off a chain of events that were at times mind boggling. When the bodies continued to turn, other threads crept in, all somehow connected. It allowed Osman to explore his characters, to show us that just because we might live in an assisted care facility, life wasn’t over, the body may have been less willing but the mind could be razor sharp, the need for excitement and something beyond the norm still a possibility. Osman didn’t fail when it came to humour, there were some real laugh out loud moments and he never allowed the novel to descend into darkness and despair, in fact it was wonderfully light and uplifting, a real tonic in these rough times.”

“This was a great fun murder mystery set in a senior citizens village and this is good fun and just what I needed. The Club has an ex spy, a nurse, a psychiatrist and an ex-union official. Joyce, Elizabeth, Ron and Ibrahim all have their specialist areas and have loads of talents that are unused. We see the one mature lady on the pull, we see how they interact with their children, the tricky murder of a building gangster, and one of the pensioners commits suicide. I though the plotting was really good and all the threads were very well pulled together. The book shows us that more mature people have a lot to offer to society, I particularly liked the manipulation of the local plod, the fat inspector and his side kick who has been put on the team by Elizabeth who can pull strings. This was really funny book.”

“I enjoyed the storyline, the characters, and the individual plot elements. The characters were charming. I think lots of people will enjoy it – an entertaining and easy (in a very positive way) read.” 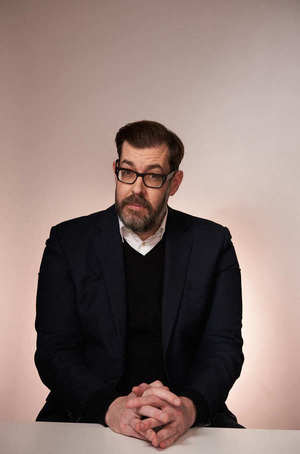 Richard Osman is a British television producer and presenter. The Thursday Murder Club is his first and, so far, best novel.

Tune in to Jo Whiley’s show on Monday 21 September to hear a live interview with Richard.

Have you read The Thursday Murder Club? You can share your thoughts with us on Twitter using #R2BookClub and #TheThursdayMurderClub, and you can follow Richard Osman.

Planning to buy The Thursday Murder Club for your group? Buy books from Hive and support The Reading Agency and local bookshops at no extra cost to you.