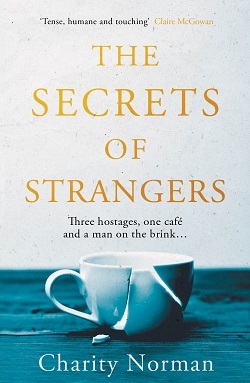 The next book to be featured on the Jo Whiley Radio 2 Book Club will be The Secrets of Strangers, the tense and compelling new novel from wonderful storyteller Charity Norman. The book was released on 7 May and Charity will be on the show on Monday 18 May.

The Secrets of Strangers

A regular weekday morning veers drastically off-course for five strangers whose paths cross in a London café – their lives never to be the same again when an apparently crazed gunman holds them hostage.

But there is more to the situation than first meets the eye, and as the captives grapple with their own inner demons, the line between right and wrong starts to blur.

Will the secrets they keep stop them from escaping with their lives?

The book was selected with the help of a panel of library staff from across the UK. Our readers loved The Secrets of Strangers – here are some of their comments:

“I thoroughly enjoyed this book. Meeting the characters one by one, meant we were immediately able to identify with their plight. The characters were drawn from all strata of the community, all very well written. There are a lot of themes in the book about not seeing. We meet all these strangers carrying around such pain with them. All the characters contributed to the pathos of the satisfying ending, I was unsure to the last how Sam’s ending would be and I liked that I was kept guessing right until the end. I really enjoyed this book, there are lots of themes for a book group to discuss and characters to make you stop and think about your own day to day interactions with fellow human beings. The displacement and sadness of the characters stayed with me. I do think this would make an excellent choice for the Book Club.”

“Wow! This was a powerful book filled with so many things to discuss in a book club. I really loved hearing each character’s history. It’s amazing how so much goes on in peoples’ lives that you just don’t know about. It just goes to show you really should not judge people on outside appearance alone, everyone has their own backstory filled with highs and lows. Some elements in this book I really didn’t see coming from the premise and the title. There was such powerful writing towards the end of the book from one particular character (I won’t spoil it) that had me ugly crying and completely horrified. I’m glad the author didn’t rely on twists for the sake of it, she just relied on the power of the stories of these four strangers. I will 100% be picking up more books by this author and recommending this to everyone!”

“An armed siege in a London café is the basis of this novel. Five strangers’ lives become intertwined in a tightly written novel. Norman reports this situation with great sensitivity moving backwards in time to fill in the detail and explain the circumstances that have led to this. At the same time, we get to know all five and their stories and secrets. It’s not only the gun man who has demons. I really enjoyed looking at the world through the eyes of the man we first meet as a deranged killer and what led to his life-changing actions. I also really love a book that spins on one day and this taut and tense drama didn’t disappoint.” 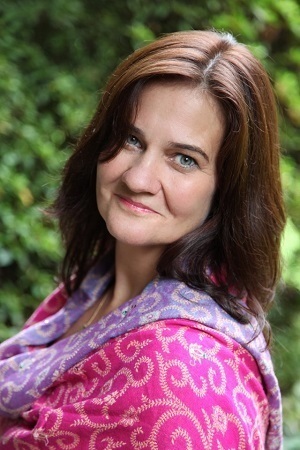 Charity Norman was born in Uganda and brought up in successive draughty vicarages in Yorkshire and Birmingham. After several years’ travel she became a barrister, specialising in crime and family law. In 2002, realising that her three children had barely met her, she took a break from the law and moved with her family to New Zealand. The Secrets of Strangers is her sixth novel.

Tune in to Jo Whiley’s show on Monday 18 May to hear a live interview with Charity.

Find out what other readers thought of the book, or add it to your group’s reading list.

Have you read The Secrets of Strangers? You can share your thoughts with us on Twitter using #R2BookClub and #TheSecretsofStrangers, tagging Allen & Unwin. You can also follow Charity.

Planning to buy The Secrets of Strangers for your group? Buy books from Hive and support The Reading Agency and local bookshops at no extra cost to you.