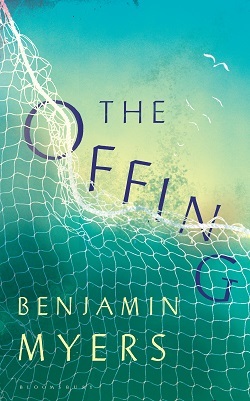 The next book to be featured on the Jo Whiley Radio 2 Book Club will be evocative novel The Offing, by Benjamin Myers. It was released on 22 August and Benjamin will be on the show on Monday 16 September.

We have the chance for you to win 10 copies of this fantastic novel for your reading group! Please enter by Friday 20 September.

The book was selected with the help of a panel of library staff from across the UK. Our readers loved The Offing – here are some of their comments:

“This book wasn’t something I would normally pick up as I don’t tend to read books about the countryside, being a born and bred city dweller but I was completely surprised by how much I enjoyed it. The protagonist starts walking from his oppressive northern town and ends up in a creative friendship with an older woman that he meets on his travels. Dulcie, the woman he meets on his way, was completely captivating, she took the book from what could have been a meandering introspective journey to a fantastic friendship between two unlikely characters.”

“This book really surprised me. At first, I wasn’t sure, but I found myself enjoying it more and more, and really coming to love the narrator, young and good-hearted Robert, and grieving Dulcie. She helps him discover a whole new world and he helps her come back to life. It is a beautifully written book, with constant descriptions of nature, and wonderful, sympathetic characters who make you laugh out loud at times. A marvellous evocation of both time and place. A very satisfying read.”

“It’s Durham and summer and just after the war. Robert has just left school. Before starting work he decides to walk down the coast. At Robin Hood’s Bay he comes across Dulcie, an elderly lady living in a cottage within sight of the sea. Their summer together and their friendship changes both their lives. Dulcie is a really interesting character – she’s had a rich life, full of people and places and experiences. Her greatest love was a woman poet called Romy. I was absorbed by her love for Romy, her sorrow at her death – and by the inspiration she gave to Robert – leading him to a rich life too. The writing style is poetic, to match the poetic leanings of the narrator. A lovely summer and a lovely story.” 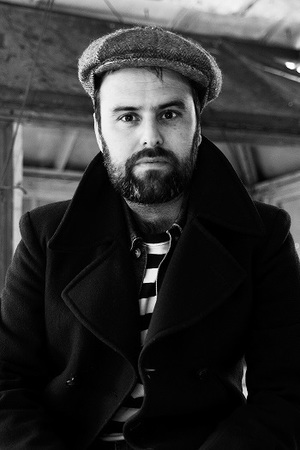 Benjamin Myers was born in Durham in 1976. His novel The Gallows Pole received a Roger Deakin Award and won the Walter Scott Prize for historical fiction. Beastings won the Portico Prize for Literature and Pig Iron won the Gordon Burn Prize, while Richard was a Sunday Times Book of the Year. He has also published poetry, crime novels, and short fiction, while his journalism has appeared in publications including, among others, the Guardian, New Statesman, Caught by the River and New Scientist. He lives in the Upper Calder Valley, West Yorkshire.

Tune in to Jo Whiley’s show on Monday 16 September to hear a live interview with Benjamin.

Planning to buy The Offing for your group? Buy books from Hive and support The Reading Agency and local bookshops at no extra cost to you.