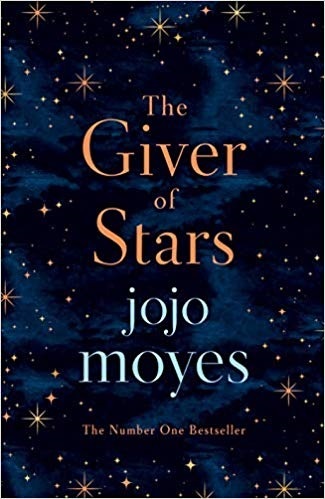 The next book to be featured on the Jo Whiley Radio 2 Book Club will be The Giver of Stars, the brilliant new novel from bestselling author Jojo Moyes. It was released on 3 October and Jojo will be on the show on Monday 4 November.

The Giver of Stars

But stuffy, disapproving Baileyville, Kentucky, where her husband favours work over his wife, and is dominated by his overbearing father, is not the adventure – or the escape – that she hoped for.

That is, until she meets Margery O’Hare – daughter of a notorious felon and a troublesome woman the town wishes to forget.

Margery’s on a mission to spread the wonder of books and reading to the poor and lost – and she needs Alice’s help.

Trekking alone under big open skies, through wild mountain forests, Alice, Margery and their fellow sisters of the trail discover freedom, friendship – and a life to call their own.

But when Baileyville turns against them, will their belief in one another – and the power of the written word – be enough to save them?

The book was selected with the help of a panel of library staff from across the UK. Our readers loved The Giver of Stars – here are some of their comments:

“I have to admit to loving The Giver of Stars. Set in the mountains of Kentucky it told the story of Alice a young English woman who decided life in America married to an American mine owner would be far more exciting than an English gentleman. How wrong she was! Trapped in a marriage with a vile father in law and a husband with no backbone you just knew she was heading for trouble, but what kind would it be? What Moyes did so cleverly was to portray a group of women who strove to stand up for themselves in a male dominated world, who proved that they didn’t need a man to belong or even succeed. The trials and tribulations they faced were nothing out of the ordinary but it was the way in which Moyes told their stories that compelled and pulled you in. I think perhaps I liked it so much because yes it was all about libraries but that it was also about the power of the written word, of the comfort, escape and indeed education that it provides. Because of this and it’s a damn good story!”

“This is a tale of friendship and strong women. The characterisation was well developed and likeable. As a librarian I couldn’t fail to enjoy a book which promotes reading, the redemptive and revolutionary effect of books (and librarians!) The clear message is that books are good for you. Hurrah! The book made me cry and laugh out loud. It was the ideal read for my holiday and I consumed it very, very quickly!”

“I wasn’t sure the premise of this book would be able to hold my attention – a historical novel about a horseback librarian scheme run in the rural US in 1937 – but I was hooked within pages and by the end I was there in Kentucky riding a mule with a bunch of brilliant women who continued to deliver books to the poor and remote in their area bringing education and entertainment to a hard-bitten, hard-living population! This is a story of friendship, sisterhood and respect. A story of prejudice of power and money and how a bunch of like-minded individuals, mainly women, but not all, can help educate the excluded in their community, overcome malpractice, authority and replace it with kindness and neighbourliness. And this is without being a soppy novel, it’s really very dark in places.” 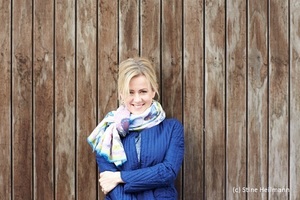 Jojo Moyes is a novelist and journalist. Her books include the bestsellers Me Before You, After You and Still Me, The Girl You Left Behind, The One Plus One and her short story collection Paris for One and Other Stories. Her novels have been translated into forty-six languages, have hit the number one spot in twelve countries and have sold over thirty-eight million copies worldwide. Jojo lives in Essex.

Tune in to Jo Whiley’s show on Monday 4 November to hear a live interview with Jojo.

Planning to buy The Giver of Stars for your book group? Buy books from Hive and support The Reading Agency and local bookshops at no extra cost to you.