Radio 2 Book Club - The Girl with The Louding Voice 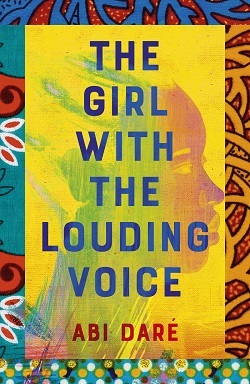 The next book to be featured on the Jo Whiley Radio 2 Book Club will be The Girl with The Louding Voice, by Abi Daré. It was released on 5 March and Abi will be on the show on Monday 23 March.

We have the chance for you to win 10 copies of this fantastic novel for your reading group! Please enter by Friday 27 March.

The Girl with The Louding Voice

Adunni is a fourteen-year-old Nigerian girl who knows what she wants: an education.

As the only daughter of a broke father, she is a valuable commodity. Removed from school and sold as a third wife to an old man, Adunni’s life amounts to this: four goats, two bags of rice, some chickens and a new TV. When unspeakable tragedy swiftly strikes in her new home, she is secretly sold as a domestic servant to a household in the wealthy enclaves of Lagos, where no one will talk about the strange disappearance of her predecessor, Rebecca. No one but Adunni…

As a yielding daughter, a subservient wife, and a powerless servant, fourteen-year-old Adunni is repeatedly told that she is nothing. But Adunni won’t be silenced. She is determined to find her voice – in a whisper, in song, in broken English – until she can speak for herself, for the girls like Rebecca who came before, and for all the girls who will follow.

The book was selected with the help of a panel of library staff from across the UK. Our readers loved The Girl with The Louding Voice – here are some of their comments:

“A vivid coming-of-age novel narrated by Adunni, a young Nigerian girl living in poverty in the village of Ikati. When her father sells her for a ‘bride price’ to an older and more affluent taxi driver, Morufi, it ruins the dreams Adunni has of returning to school and getting a proper education. She is passionate about becoming a teacher; despite forced marriage to Morufi and having to run away after one of his wives dies in childbirth, Adunni clings to her hope of learning English and rising above poverty to look after her widowed father and two brothers. She eventually ends up working for a wealthy shop owner in Lagos, where domestic drudgery and abuse fail to quench her spirit or her desire to have a ‘louding voice’ that will be listened to. The strength of the narrative lies in Adunni’s voice, her love for her family (particularly her dead mother) and her expressive use of English; secondary characters are well-drawn and colourful, from Morufi and his compassionate young second wife, Khadija, to Big Madam and Big Daddy and Adunni’s mentors, Kofi and Tia. Adunni’s experiences spring from the page and there is a thread of gentle humour which runs throughout an often dark and disturbing novel. Daré exposes the poverty so many Nigerians face and the attitudes to women that see them treated as a commodity to be beaten into compliance. A thoroughly inspiring and textured debut with a memorable narrator.”

“This book is incredibly compelling. We hear so much in the news about the trafficking of girls, into marriage, into forced labour, into sexual exploitation. But rarely do we get to hear about the experience of being trafficked from the girl herself. It is so sad, but yet you see how easily this exploitation can happen. It is a beautifully written novel.” 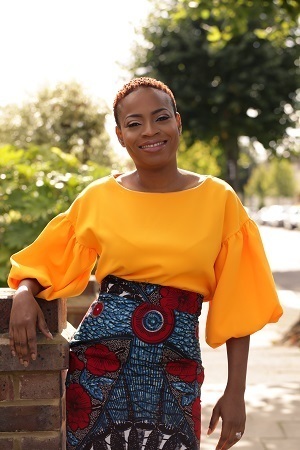 Abi Daré grew up in Lagos, Nigeria and has lived in the UK for over 18 years. She studied law at the University of Wolverhampton and has an MSc in International Project Management from Glasgow Caledonian University.

Keen to improve her writing, Abi completed an MA in Creative Writing at Birkbeck University of London, achieving a Distinction. The Girl with The Louding Voice won The Bath Novel Award in 2018 and was selected as a finalist in The Literary Consultancy Pen Factor competition in 2018. Abi lives in Essex with her husband and two children.

A word from Abi

“I am beyond thrilled and immensely grateful that The Girl with The Louding Voice has been selected for the BBC Radio 2 Book Club. I have loved libraries since I was little, and a library remains one of my favourite places on earth! This is why my lead character Adunni finds much solace and freedom in the little, dusty library of the house that holds her captive. Her love for books, fuelled by her eternally optimistic nature and relentless pursuit for education, help her sail through the many setbacks she faces in the novel.

The opportunity to share her story with such an engaged and brilliant audience is incredibly exciting. I hope everyone loves The Girl with The Louding Voice. Thank you so much once again.”

Tune in to Jo Whiley’s show on Monday 23 March to hear a live interview with Abi.

Have you read The Girl with The Louding Voice? You can share your thoughts with us on Twitter using #LoudingVoice.

Planning to buy The Girl with The Louding Voice for your group? Buy books from Hive and support The Reading Agency and local bookshops at no extra cost to you.