Radio 2 Book Club - On The Come Up by Angie Thomas 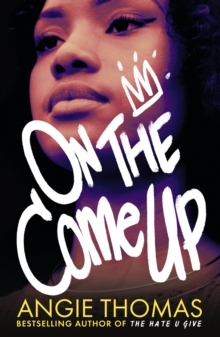 Next up on the Jo Whiley Radio 2 Book Club will be On The Come Up, the powerful new novel from Angie Thomas, author of best-seller The Hate U Give. It was released on 5 February and Angie will be on the show on Monday 18 February.

On The Come Up

Bri wants to be one of the greatest rappers of all time. As the daughter of an underground hip-hop legend who died right before he hit big, Bri’s got massive shoes to fill. But when her first song goes viral for all the wrong reasons, Bri finds herself at the centre of controversy and portrayed by the media as more menace than MC. And with an eviction notice staring her family down, Bri no longer just wants to make it – she has to. Even if it means becoming the very thing the public has made her out to be.

The book was selected with the help of a panel of library staff from across the UK. Our readers loved On The Come Up – here are some of their comments:

“I loved this novel, it was edgy, current, and hugely thought provoking. Bri was just a typical teenager with a dream to be a rapper, who sees a way to help her poor family make some money and make life just that little bit easier for Mum. Yet when she does get the opportunity to make a record to put out there, the words she chooses to rap are construed in different ways, by those who listen and Bri finds herself thrust into a situation you almost felt she wasn’t old enough to handle. I loved her naivety, her ambition, her determination to follow in her famous rapper father’s footsteps, to save her family. Thomas brilliantly portrayed the harshness of life in the projects, of the gun and drug culture, of the ignorance of predominantly white people, their fervent belief that black kids attending a white school are always going to be trouble. That is not to say that this is a black against white novel, it isn’t, it is Thomas portraying things as they are, how actions and words can be altered to fit a situation and used for the benefit of others. I loved the short staccato sentences, littered with street talk. It was fast paced and punchy.”

“It is a very readable book and once you train your ear to the language (there is a lot of street slang – though the majority of this is explained) then you really begin to get a sense of the environment and the characters. The author writes in such a way that you can see how easy it is for situations to flare up over misunderstandings when ultimately there is no malicious intent behind the actions, rather they are just frustrations in how communities are being perceived. Though this is a teenage book there is a lot to offer for a wide audience due to the portrayal of the rap music industry, gang culture in America and a real insight into the adults who are struggling in various ways to make ends meet, protect their children and stay on the right side of the law, or in some cases not.”

“It is always interesting to see whether the book that follows as massive a success as The Hate U Give will stand up to the brilliant storytelling of the first – this certainly does. It is easy to get into and I read it in a night as I was engaged with Bri’s story. It is topical and current (even briefly touching on Donald Trump’s tweets) and has lots to discuss. It is a hopeful story with a strong female lead fighting for her dreams, struggling to become someone different than who others think she should be. It also shows the desperate realities of poor and working-class black families, which many others can relate to as well.” 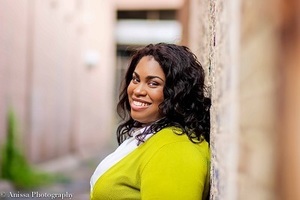 Angie Thomas was born, raised and still resides in Mississippi as indicated by her accent. She is a former teen rapper whose greatest accomplishment was an article about her in Right-On Magazine with a picture included. She holds a BFA in Creative Writing from Belhaven University and an unofficial degree in Hip Hop. She can also still rap if needed. She is an inaugural winner of the Walter Dean Myers Grant 2015, awarded by We Need Diverse Books. Her debut novel, The Hate U Give, was a bestseller and has also been made into a film.

Tune in to Jo Whiley’s show on Monday 18 February to hear a live interview with Angie.

Want to have your reading group featured on a future Book Club episode? Get in touch to find out more.

Planning to buy On the Come Up for your group? Buy from Hive and support The Reading Agency and local bookshops at no extra cost to you.