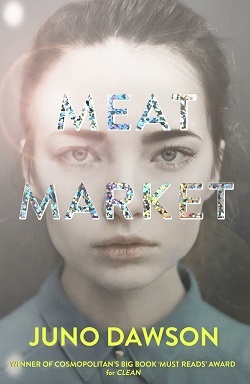 The next book to be featured on the Jo Whiley Radio 2 Book Club will be Meat Market by Juno Dawson. It is released on 30 May and Juno will be on the show on Monday 27 May in a special show live from Hay Festival.

Jana Novak’s history sounds like a classic model cliché: tall and gangly, she’s uncomfortable with her androgynous looks until she’s unexpectedly scouted and catapulted to superstardom.

But the fashion industry is as grimy as it is glamorous. And there are unexpected predators at every turn.
Jana is an ordinary girl from a south London estate, lifted to unimaginable heights. But the further you rise, the more devastating your fall…

Honest and raw, this is a timely exposé of the dark underbelly of the fashion industry in an era of #TimesUp and #MeToo. It might just be Juno Dawson’s most important book yet.

The book was selected with the help of a panel of library staff from across the UK. Our readers loved Meat Market – here are some of their comments:

“This is an important and viscerally realistic book that captures – and provides solid reasons for – the fears and instabilities surrounding the #MeToo movement and today’s fashion industry. Jana’s voice is one of the most authentic renderings of teen speech and thought processes that I have read, and her gutsy nature and streetwise smarts make her a positive role model. Dawson skilfully shows the grit that tarnishes the perceived glamour of modelling – even trips to New York, Tokyo and Dubai are not immune, and it’s refreshing to read about the underside of the Insta industry, without the glitter. The book does contain some triggering material relating to eating disorders, body image and sexual harassment, but Jana is the best mouthpiece for raising awareness around these issues.”

“Unapologetically fast-paced, vibrant and funny. The characters seemed authentic and gritty, the vocabulary matched perfectly with the setting. It had me hooked instantly and I was invested in Jana’s separate worlds – her tight-knit group of friends and her family, and the world of fashion, parties and drugs. Reading this felt like being on a tightrope, on the one hand I wanted her to stay in school, keep her friends and not lose herself in the fashion industry, but on the other hand I was sucked into the crazy world of being a model – as such, I was able to get a really good idea of how the character was feeling. I think it was written very cleverly, with the little segments of an interview cutting through, and it felt very satisfying to put the pieces together about who was interviewing her, when and why it was happening. The main issue of course is the sexual assault that Jana experiences, and in light of the Me Too movement, this is a very powerful and triggering scene. The aftermath has Jana questioning everything, and you go through every emotion alongside her. While this book may have its funny moments, it has equally, if not more, dark moments, and I think it’s so important that both sides are shown – you can experience depression, anxiety, post-traumatic stress and all manner of awful things, but you can come out the other side of it smiling and trying to make a difference for future generations. I really enjoyed this book and thought it broached some really important issues that might make a good impression on younger readers.” 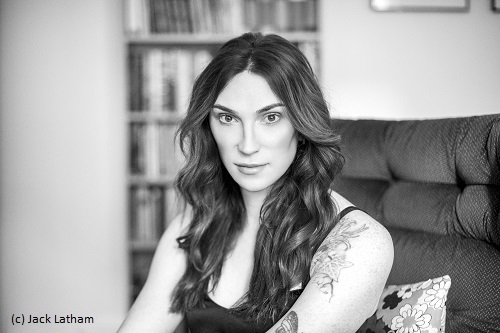 Juno Dawson grew up in West Yorkshire, writing imaginary episodes of Doctor Who. She later turned her talent to journalism, interviewing bands before writing for a Brighton newspaper. Until recently, Juno worked as a teacher, specialising in PSHE. She is most proud of her work surrounding anti-bullying and family diversity. In 2014 she became a School Role Model for the charity Stonewall. In 2015, she announced her intention to undergo gender transition and live as a woman.

A word from Juno

“I think Meat Market is a timely novel. I started writing it before the #MeToo and #TimesUp movements started and, by the time I had finished it, I feel we were living in a slightly different world. I’m so pleased that book clubs will have an opportunity to discuss these themes through the medium of a fictional character.”

Tune in to Jo Whiley’s show on Monday 27 May to hear a live interview with Juno.

You can add the book to your group’s reading list.

Planning to buy Meat Market for your group? Buy books from Hive and support The Reading Agency and local bookshops at no extra cost to you.