Radio 2 Book Club - How to Kidnap the Rich 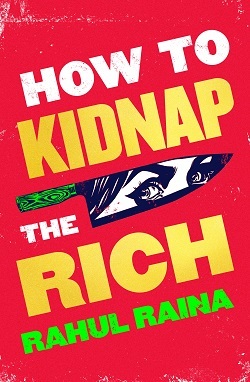 The next book to be featured on the Radio 2 Book Club with Steve Wright will be How to Kidnap the Rich, a riotous debut novel from Rahul Raina. The book was released on Thursday 6 May and Rahul will be on the show on Tuesday 1 June.

How to Kidnap the Rich

Ramesh has a simple formula for fame and success: find a wealthy kid, make him a star and create an elaborate scheme to extort money from his parents, what could go wrong? As a self-styled ‘examinations consultant’, Ramesh is the cog in the wheel that keeps India’s middle classes thriving. When he takes an exam for Rudi – an intolerably lazy but rich teenager – he accidently scores the highest mark in the country and propels Rudi into stardom.

And after that? Kidnap. Double-kidnap. Reverse kidnap.

In a studio filled with hot lights, with millions of eyes on the boys, and a government investigator circling, the entire country begins to question: who are they?

The book was selected with the help of a panel of library staff from across the UK. Our readers loved How to Kidnap the Rich – here are some of their comments:

“What a fabulous book! Set mostly in Delhi, the author uses his intimate knowledge of the city both old and new to create an imaginative, humorous story filled with colour, pace and characters that you really feel you know well, be they good people or bad. Most of all I loved the author’s self-deprecating humour, his worldly cynicism and his sarcastic look at people who happily cheat and use violence to achieve their ends. Whilst this is fictional, there is a little bit of me that believes there are people just like the main characters, desperate to achieve wealth and recognition by whatever means. Ramesh Kumar dreams of being rich, of escaping his indifferent and cruel father and Old Delhi and having a better future. He becomes an exam taker, paid by extremely rich parents to take the ‘All India’ exams for their disinterested, lazy, uneducated (but not for want of money) offspring in the hope that a high score will lead to a university place outside of India, recognition, fame and a good job in life that only money and influence can get them. In his fifth year he gets hired to take the exam for Rudi, a fat, greedy, unlikeable eighteen-year-old who has done no work whatsoever. He crams for weeks, passes and finds out two things; one, that he came top of all India and two, Rudi’s parents are cheating him by not paying. Therein follows the story of how he became Rudi’s manager and, in the process, achieving riches for him beyond imagination. It doesn’t end there though; they are kidnapped and the second half of the book is fast paced with their attempts to escape and find out those responsible and the many twists and turns this entails. What makes this book so good is the author’s ability to make the city and characters come to life with his authentic storytelling and as a debut, this is an excellent first book.”

“I enjoyed this – Ramesh is a strong main character, telling the story; you quickly get interested in him and want him to succeed in the increasingly complex and action-packed life in which he gets involved. He is clever and assiduous – from a poor background he educates himself and becomes an ‘exams consultant’ – paid by rich families to take exams on behalf of their children and to ensure their success. He sits a national exam, taking the place of Rudi, a rich and idle teenager, and gets top marks – giving a pathway to celebrity and wealth for Rudi, and for him too, as Rudi’s manager. But deception leads to blackmail, which leads to kidnap and violence. I got fond of Ramesh and Rudi, and it’s the personal and social threads in the book which especially held me – rather than the intrigue. But I absolutely wanted to read to the end, and was glad to find some kind of resolution.”

Rahul Raina divides his time between Oxford and Delhi. He runs his own consultancy in England for part of the year, and works for charities for street children and teaches English in India in the down season.

How to Kidnap the Rich is his debut novel. 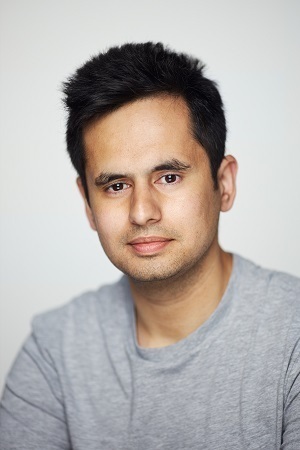 A word from Rahul

“I’m delighted by the news that How to Kidnap the Rich has been chosen for the Radio 2 Book Club. I’m even more glad that the book has been chosen by the librarians and readers at The Reading Agency. When I came to this country as a 5-year-old knowing no English, libraries were the place I escaped to most, where I knew I’d never be judged, where I could broaden my horizons – no trip to the Saturday market was complete without bringing back as many books as my card (and parental shopping bags) could hold. Libraries, librarians, the community services and spaces they provide, are the backbone of this country. They truly are the best of British.

I hope readers enjoy How to Kidnap the Rich. I think it has a little bit for everyone. Comedy, drama, thrills, deceit, romance, wealth and poverty, schemes and scams, villainy, and the importance of friendship in times of discord and mistrust – everything I wanted, and found, after I opened my first book in a library all those years ago. Thank you very much.”

Tune in to the Steve Wright show on Tuesday 1 June to hear a live interview with Rahul.

Planning to buy How to Kidnap the Rich for your group? Buy books from Hive or from Bookshop.org and support The Reading Agency and local bookshops at no extra cost to you.