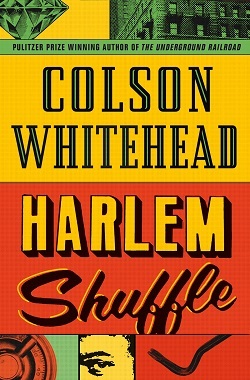 The next book to be featured on the Radio 2 Book Club with Steve Wright will be Harlem Shuffle, the brilliant new novel from Pulitzer Prize-winning author Colson Whitehead. The book will be released on 14 September and Colson will be on the show on Wednesday 8 September.

We have the chance for you to win 10 copies of this fantastic novel for your reading group! Please enter by Friday 17 September.

Harlem Shuffle is driven by an ingeniously intricate plot that plays out in a beautifully recreated Harlem of the early 1960s. It’s a family saga masquerading as a crime novel, a hilarious morality play, a social novel about race and power, and ultimately a love letter to Harlem.

The book was selected with the help of a panel of library staff from across the UK. Our readers loved Harlem Shuffle – here are some of their comments:

“Exciting and really well-paced novel, which was hard to put down. Harlem Shuffle is ultimately a heist novel taking place over several years. Following Ray Carney, a furniture store owner and sometime middleman for the criminal underworld of Black Harlem, the book explores the consequences of the decisions we make – or are pushed into – and the challenges of reconciling one’s past with their present. Interesting explorations of navigating race and class tensions, and fantastic historical detail that embeds the reader in the time and place of 1950-60s Harlem. While Ray Carney was a compelling main character who was easy to empathise with, I was as interested in the well-drawn secondary characters and their lives and backstories. I think it would appeal to a wide range of readers and lends itself to discussion. Good humour and great noir elements.”

“This is a story of one Ray Carney, a part time crook, who leads the double life as a respectable owner of the furniture store in Harlem and at the same time stolen goods fence, delivered by his cousin Freddie. He struggles between being respectable (wife, two kids, thoughts of a better place to live), and getting some cash. What I particularly like about this novel is the sense of place – Harlem in the 60s, racism, social issues, and also the language, and the way in which the whole thing just flows.”

“Ray Carney tries to straddle the line between hardworking honest businessman and small-time crook. These things rarely end well. Everyone is bent and no one can be trusted. The descriptions of 1960s Harlem are spot on and the characterization is excellent.” 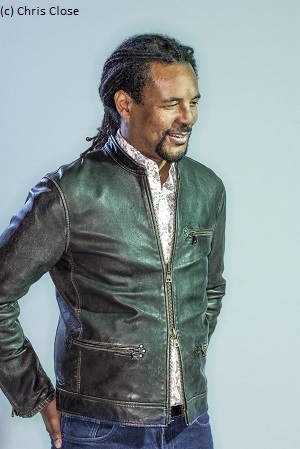 Colson Whitehead is a multi-award winning and bestselling author whose works include The Nickel Boys, The Underground Railroad, The Noble Hustle, Zone One, Sag Harbor, The Intuitionist, John Henry Days, Apex Hides the Hurt and a collection of essays, The Colossus of New York. He is one of only four novelists to win the Pulitzer Prize for Fiction twice and is a recipient of MacArthur and Guggenheim fellowships. For The Underground Railroad, Whitehead won the National Book Award, the Pulitzer Prize for Fiction, the Arthur C. Clarke Award for Fiction, the Andrew Carnegie Medal for Excellence and was longlisted for the Booker Prize. He was awarded the Pulitzer Prize for a second time for The Nickel Boys, which also won the George Orwell Prize for Political Fiction and The Kirkus Prize.

The Underground Railroad has been adapted as an Amazon Prime TV series, produced and directed by the Academy Award winning director Barry Jenkins, and was broadcast in 2021. He lives with his family in New York City.

Tune in to the Steve Wright show on Wednesday 8 September to hear a live interview with Colson.

Have you read Harlem Shuffle, or any of Colson’s other novels? You can share your thoughts with us on Twitter using #R2BookClub and you can also follow Colson.

Planning to buy Harlem Shuffle for your group? Buy books from Hive or from Bookshop.org and support The Reading Agency and local bookshops at no extra cost to you.