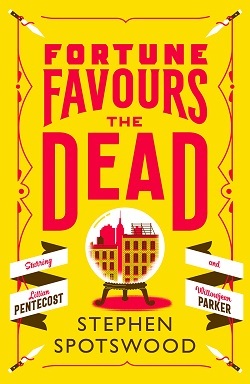 The next book to be featured on the Jo Whiley Radio 2 Book Club will be Fortune Favours the Dead, a wonderful debut detective novel by Stephen Spotswood. The book was released on 12 November, and Stephen will be on the show on Monday 14 December.

We have the chance for you to win 10 copies of this fantastic novel for your reading group! Please enter by Friday 18 December.

The book was selected with the help of a panel of library staff from across the UK. Our readers loved Fortune Favours the Dead – here are some of their comments:

“A great tale. Set in American in the early 40s, it’s the story of a lady private detective who takes on a young girl (running away from the circus) as an apprentice. So, we have a detective mystery story, a who-dunnit, the uncovering of a charlatan Spiritualist, the overcoming of personal adversities, the exploration of sexuality in a time when it wasn’t spoken of, and the growing respect and admiration between the two strong female leads. All of this is wrapped up in a fast-paced novel with great descriptions of circus life, 1940s America and how High Society accepted the world of Spiritualists.”

“I really enjoyed this book; it was a compelling and entertaining read. Set in 1940s New York, this is an off-kilter, noir mystery thriller. It is told in a knowing, tongue-in-cheek voice, taking a style reminiscent of the pulp crime fiction the narrator, Willowjean Parker, openly admits to being a big fan of, into interesting places. With its cast of detectives, circus performers, mediums, hard-boiled cops, socialites, businessmen, hangers-on and dysfunctional families this is a fast-moving and atmospheric read that really draws you into its shadows. The book is so enjoyable and the mystery so engaging; it is smart but not overly complicated and it certainly doesn’t take itself too seriously with its frequent humour and its open and knowing use of noir tropes and clichés. What makes this book stand out is its warmth, something that is embodied in the instantly likeable lead-character detective duo, both very different but both quick witted and driven by a desire for righteousness and social justice. The book is not too deep, but it deftly touches upon themes of discrimination and social justice – always in a way that adds to the draw of the story. This was by far the most enjoyable book I’ve read recently.”

“An engaging historical mystery set just after the end of WW2 in New York City. The first in the series featuring an unusual female crime fighting duo, Will Parker and Lillian Pentecost. Parker is a young girl who has run away from the circus having saved Pentecost’s life 3 years earlier and Pentecost is a private investigator who has multiple sclerosis. An unlikely pair but that makes their relationship interesting. Their latest case is to investigate the death of Abigail Collins, a rich widow murdered at her own Halloween party after hosting a seance to speak to her late husband. Full of mystery and a few laughs this is a charming murder mystery.” 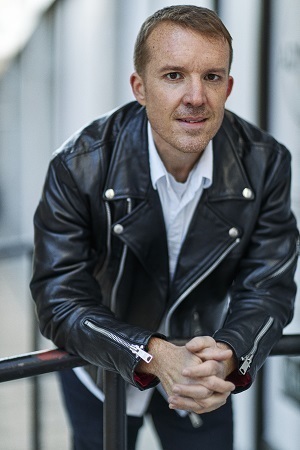 Stephen Spotswood is an award-winning playwright, journalist, and theatre educator. He makes his home in Washington, DC with his wife, young adult author Jessica Spotswood, their cat, and an ever-growing collection of books.

A word from Stephen

“I’m incredibly excited to have Fortune Favours the Dead chosen for the Radio 2 Book Club. Libraries have played such an important part of my growth as a writer and a person. As a child, I made my way through my local library’s entire collection of The Hardy Boys and Nancy Drew. Later, I discovered Agatha Christie waiting for me on the shelves. The same with Sherlock Holmes and any number of sharp-eyed sleuths.

This book is something of a love letter to all those vintage paperbacks – a classic detective story driven by a hardboiled voice and modern sensibilities. It’s everything I love as a reader, and who I am as a reader was shaped in the stacks of the library.”

Tune in to Jo Whiley’s show on Monday 14 December to hear a live interview with Stephen.

Planning to buy Fortune Favours the Dead for your group? Buy books from Hive and support The Reading Agency and local bookshops at no extra cost to you.