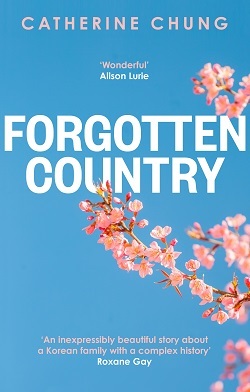 The next book to be featured on the Jo Whiley Radio 2 Book Club will be Forgotten Country, the moving debut novel by Catherine Chung. The book was released on 2 July and Catherine will be on the show on Monday 7 September.

The night before Janie’s sister, Hannah, is born, her grandmother tells her a story: Since the Japanese occupation of Korea, their family has lost a daughter in every generation, and Janie is told to keep Hannah safe.

Years later, when Hannah cuts all ties and disappears, Janie goes to find her. It is the start of a journey that will force her to confront her family’s painful silence, the truth behind her parents’ sudden move to America twenty years earlier, and her own conflicted feelings toward Hannah.

Weaving Korean folklore with a modern narrative of immigration and identity, Forgotten Country is a gripping story of a family struggling to find its way out of silence and back to one another.

The book was selected with the help of a panel of library staff from across the UK. Our readers loved Forgotten Country – here are some of their comments:

“This is the story of a family who leave Korea to begin a new life in America. It is told from the perspective of Janie whose sister Hannah has disappeared. There is a clever weaving of Korean folklore with questions of immigration and loss of identity. It becomes Janie’s quest to weave her way through the fairy tales and discover why her family moved to America. A very engrossing read. Beautifully written.”

“I really enjoyed this book to the end. It tells the story of an American-Korean woman who moved to America as a child with her parents and sister after her dad began to fear for their safety in Korea. The story sees the family moving back to Korea to find medical help for the dad and along the way dips back into the past to explore the main character’s childhood growing up as Korean in America, her relationship to her sister, to her family and her mum’s experience growing up in Korea. I thought it was a really original exploration of identities and belonging and explores Korea and Korean beliefs and customs alongside American in a really interesting way. Would recommend.”

“I wasn’t expecting to enjoy this (for no rational reason), but I ended up reading it in one sitting. It’s a beautiful, slow-burn story of a Korean family, weaving present day and past lives to tell their history both in the US and in Korea. Janie makes contact with her estranged sister, Hannah, to tell her that their parents have moved back to Korea so that their father can benefit from experimental cancer treatment. I found the latter parts of the book, as the family comes together around their dying relative, sharing family stories and folk tales, extremely moving but ultimately hopeful. A real gem!”

Catherine Chung is the author of The Tenth Muse and Forgotten Country, for which she won an Honorable Mention for the PEN/Hemingway Award. She has been a National Endowment for the Arts Fellow, a Granta New Voice and a Director’s Visitor at the Institute for Advanced Study in Princeton, and was the recipient of a Dorothy Sargent Rosenburg Prize in poetry. She has a degree in mathematics from the University of Chicago, and worked at a think tank in Santa Monica before receiving her MFA from Cornell University. She has published work in the New York Times and Granta, and is a fiction editor at Guernica Magazine. She lives in New York City. 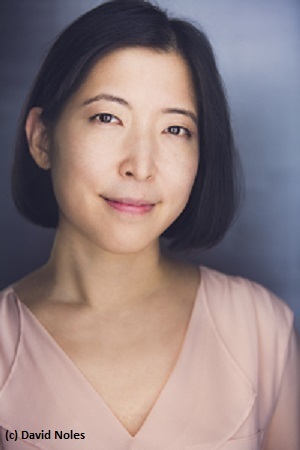 Tune in to Jo Whiley’s show on Monday 7 September to hear a live interview with Catherine.

Have you read Forgotten Country? You can share your thoughts with us on Twitter using #R2BookClub and tagging Little, Brown.

Planning to buy Forgotten Country for your group? Buy books from Hive and support The Reading Agency and local bookshops at no extra cost to you.