Radio 2 Book Club - Away with the Penguins 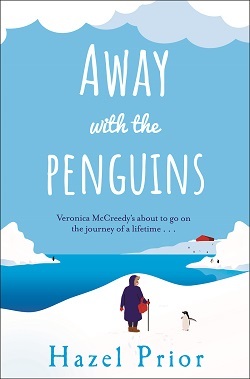 The next book to be featured on the Jo Whiley Radio 2 Book Club will be Away with the Penguins, the wonderfully uplifting novel by Hazel Prior. Hazel will be on the show on Monday 6 April and the book was released on 12 March.

Away with the Penguins

Veronica McCreedy lives in a mansion by the sea. She loves a nice cup of Darjeeling tea whilst watching a good wildlife documentary. And she’s never seen without her ruby-red lipstick.

Although these days Veronica is rarely seen by anyone because, at 85, her days are spent mostly at home, alone.

She can be found either collecting litter from the beach (‘people who litter the countryside should be shot’), trying to locate her glasses (‘someone must have moved them’) or shouting instructions to her assistant, Eileen (‘Eileen, door!’).

Veronica doesn’t have family or friends nearby. Not that she knows about, anyway…And she has no idea where she’s going to leave her considerable wealth when she dies.

But today…today Veronica is going to make a decision that will change all of this.

The book was selected with the help of a panel of library staff from across the UK. Our readers loved Away with the Penguins – here are some of their comments:

“This is such a beautiful and unique book. Veronica McCreedy is a rather extraordinary woman although we don’t realise that when we first meet her. A mid-octogenarian living on her own in a ramshackle twelve bedroomed house in Scotland; she is difficult, uptight, showing signs of short-term memory loss and doesn’t suffer fools gladly. Her housekeeper, Eileen comes in daily to look after her and the story starts when having been asked to remove all the mirrors in the house, Eileen is intrigued to find an old box which she brings to Mrs McCreedy. However, Veronica has no intention of letting her know what is inside, the contents of which she has been trying to ignore for many decades. Later that night, on her own and because the only programme she likes to watch has finished the series, she watches a documentary on penguins instead. As she likes the presenter who cares about penguins, she decides that she will too. And so, the story begins. This is a wonderful novel – you get to understand how various events have shaped both Veronica’s and her grandson’s lives and made them such unlikeable people. But as the story progresses you witness how events and other people change them and bring out the best in these two and you also get to spend time amongst the endangered Adélie penguins with their very cute personalities. This is a beautiful book, very well written with an interesting if somewhat (at times) unbelievable plot but none the less excellent for it. You also get to fall in love with these penguins with their own personalities, general cuteness and sometimes tragic existence. What could be better?”

“A curmudgeonly but charming old woman, her estranged grandson, and a colony of penguins proves it’s never too late to be the person you want to be in this rich, heart-warming novel. Veronica is estranged from her family and wants to find a worthwhile cause to leave her fortune to. When she sees a documentary about penguins being studied in Antarctica, she tells the scientists she’s coming to visit, and won’t take no for an answer. Her grandson, Patrick, comes to Antarctica to make one last attempt to get to know his grandmother. Together, Veronica, Patrick, and even the scientists, learn what family, love, and connection are all about. Heart-warming is definitely the right way to describe it – it’s the age-old melting of a heart which has hardened through a life of hardship, loss during the way, abusive relationships, and then a learning to trust, love, and rely on others – with some cute, cuddly penguins thrown in. It’s a fun, jolly, gently, warm read – I raced through it. If you’re looking for a light, uplifting read then this is your one!”

Hazel Prior lives on Exmoor. As well as writing, she works as a freelance harpist. 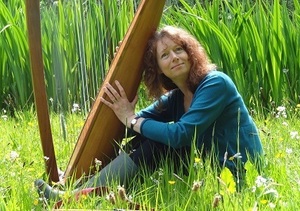 Tune in to Jo Whiley’s show on Monday 6 April to hear a live interview with Hazel.

Have you read Away with the Penguins? You can share your thoughts with us on Twitter using #R2BookClub and tagging Hazel.

Planning to buy Away with the Penguins for your group? Buy books from Hive and support The Reading Agency and local bookshops at no extra cost to you.