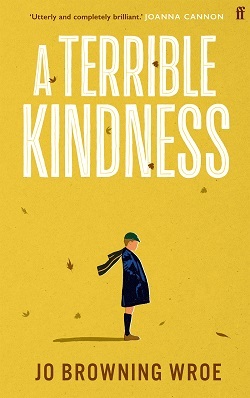 The next book to be featured on the Radio 2 Book Club with Steve Wright will be A Terrible Kindness, the powerful and emotional debut novel by Jo Browning Wroe. The book is released on 20 January and Jo will be on the show with Steve on Tuesday 18 January.

Tonight nineteen-year-old William Lavery is dressed for success, his first black-tie do. It’s the Midlands Chapter of the Institute of Embalmers Ladies’ Night Dinner Dance, and William is taking Gloria in her sequined evening gown. He can barely believe his luck.

But as the guests sip their drinks and smoke their post-dinner cigarettes a telegram delivers news of a tragedy. An event so terrible it will shake the nation. It is October 1966 and a landslide at a coal mine has buried a school: Aberfan.

William decides he must act, so he stands and volunteers to attend. It will be his first job, and will be – although he’s yet to know it – a choice that threatens to sacrifice his own happiness. His work that night will force him to think about the little boy he was, and the losses he has worked so hard to bury. But compassion can have surprising consequences, because – as William discovers – giving so much to others can sometimes help us heal ourselves.

The book was selected with the help of a panel of library staff from across the UK. Our readers loved A Terrible Kindness – here are some of their comments:

“This book drew me in straightaway and I consumed it in a couple of days. The story is not a happy one as it begins with the Aberfan disaster and follows a young embalmer called William who volunteered to help identify and clean up the young children that lost their lives. We then hear the story of William’s life as to how he got to be an embalmer and then up to and after Aberfan and how that affected his life. The author has based her story on fact, wanting to highlight the unsung heroes of that terrible time, the embalmers who went to help out. The story is handled with compassion and what comes out of it other than how events can impact your future decisions is an overwhelming sense of hope and that things can get better. It’s a story written to be read and to linger with you after it is finished. It has lots to offer a book group with many discussion points and a wide appeal.”

“This was a really engaging book. It was easy to read but told a good story well. The first part focuses on the Aberfan disaster and introduces the main character, William, who is a newly qualified embalmer who treated the corpses of many of the children killed in the landslide. The remainder of the book flicks between flashbacks to William’s school days and flashforwards to his life post-Aberfan where he is haunted by what he saw. The characters are all well-written and there’s enough intrigue about what has happened in his past to add some suspense alongside the sad story of the PTSD he has endured after Aberfan, and the impact it has on his life and marriage. What I’ve written makes it sound quite dark and heavy, but it was a very accessible story told with a lightness of touch and genuine warmth. Very enjoyable and plenty to discuss.”

“A beautiful and tender book that I did have a connection with (my dad’s family were miners in a village close to Aberfan). The scenes after the horrible event in Aberfan were so powerful, moving and poignant (I did shed a tear). It was possible to imagine what was happening as the writing was so descriptive, I felt that I was transported into the village. But despite the dark opening chapters the author manages to present such an enlightening and insightful view of kindness and humanity. The central character William is beautifully created and is so believable. Despite the bleakness and sadness central to the story there is a message of hope that really stayed with me. This is essentially a very relevant book with much to think about – essentially how broken communities heal. During recent times this really puts into perspective how events can shape us. There are just so many themes and discussion points that would have such a universal appeal.” 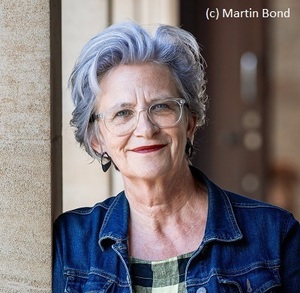 Jo Browning Wroe grew up in a crematorium in Birmingham. She has an MA in Creative Writing from the University of East Anglia and is now Creative Writing Supervisor at Lucy Cavendish College, Cambridge. A Terrible Kindness is her debut novel, which was shortlisted for the Bridport Peggy Chapman-Andrews award. She has two adult daughters and lives with her husband in Cambridge.

A word from Jo

“Oh my goodness! Being chosen by The Reading Agency for Radio 2’s Book Club is such an honour. I’m incredibly proud not only that A Terrible Kindness will be discussed by this highly respected book club, but also that it will be sitting on library shelves across the country.

My childhood library was in a small, beautiful old building, with wooden floors, big windows, library tickets made of slightly fuzzy board and lots of skinny drawers containing thousands of index cards. I was a teenager when they knocked it down and relocated to a purpose-built building three times the size. The move was simultaneously disappointing and exciting. No matter the physical building, libraries are magic: packed with free tickets for travel through time and space – for everyone. How amazing. I’m thrilled to have added to this enormous, magical ticket offering and hope you find the trip worthwhile.”

Tune in to the Steve Wright show on Tuesday 18 January to hear a live interview with Jo.

Planning to buy A Terrible Kindness for your group? Buy books from Hive or from Bookshop.org and support The Reading Agency and local bookshops at no extra cost to you.

You can join the Radio 2 Book Club Facebook group.