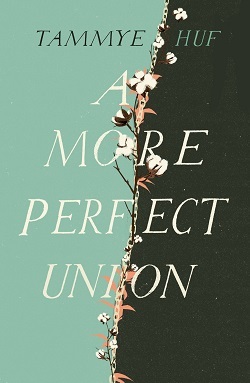 The next book to be featured on the Jo Whiley Radio 2 Book Club will be A More Perfect Union, the powerful debut novel by Tammye Huf. The book was released on 15 October and Tammye will be on the show on Monday 2 November.

We have the chance for you to win 10 copies of this fantastic novel for your reading group! Please enter by Friday 6 November.

We have an exclusive extract available for you to read. We also have some discussion questions for your group to use – please be aware, the questions contain spoilers and should only be read after the book has been read.

Even though Henry’s white skin represents the oppression Sarah suffers under, and even though having Sarah at his side would force Henry to abandon his hopes of prosperity, their attraction is undeniable and they fall in love. But in 1849 on a Virginian plantation, inter-racial marriage is not only illegal but considered to be an ungodly abomination. No matter how much they want to be together, Sarah is trapped on Jubilee Plantation, owned by another man. This is a love story of epic proportions – a forbidden relationship that has been forged in secrecy, and faces betrayal and jeopardy at every turn.

The book was selected with the help of a panel of library staff from across the UK. Our readers loved A More Perfect Union – here are some of their comments:

“The style of writing didn’t initially appeal to me, but if I hadn’t persevered, I would have missed out on a beautiful love story. Once I got used to the style of writing and into the story itself, it made a lot more sense and in fact gave it a degree of realism so that I felt that I was there with them, willing them to get through each trial and setback. The other aspect to this book I thought the author put across very well was the ‘Upstairs Downstairs’ element where you got a feel for the behaviour and lifestyle of the rich, white plantation owners but also the hierarchy and sometimes downright nastiness between the slaves themselves. The hate we humans carry so easily is prevalent in every section of society and where you think people who are suffering a greater evil will stick together, that is not always the case and this comes across strongly in the story. This was a great book and whilst fiction, it makes sense that it is based on a true story.”

“The first line got me hooked. This is well written and very relevant in the current climate regarding racism. This is an historical novel about two people from different backgrounds who are actually similar in many aspects. It is a love story that seems doomed from the beginning but has hope. Great characters, thought provoking.”

“I think this is an interesting look at different excluded groups in America, and the different experiences between Irish immigrants and African slaves. Written with such an authentic voice, as it is based loosely on the author’s ancestors. A moving and important book to both remember the past and also to look at how we live now.” 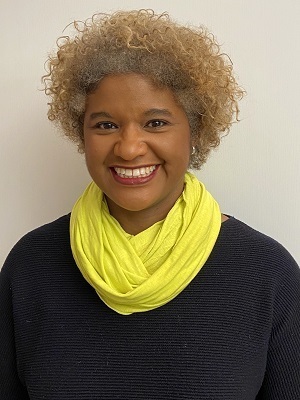 Tammye Huf is a teacher, translator and copywriter. Her short stories have been published in various magazines, including Diverse Voices Quarterly and The Penmen Review. She was runner-up in the 2018 London Magazine Short Story Prize. Originally from the USA, she moved to Germany and now lives in Walton-on-Thames, Surrey, with her husband and three children.

A word from Tammye

“I am thrilled that A More Perfect Union has been chosen as a BBC Radio 2 Book Club pick. As a debut novelist, it is hugely validating to have this nod of approval, particularly as it comes from librarians and The Reading Agency. For me, the library has always been a treasure trove of worlds waiting to be discovered, and in its shelves I have met unforgettable characters. The thoughtful recommendations of librarians have led me to some of my most cherished books, and so I am especially delighted that A More Perfect Union is now being honoured with a recommendation of its own.

These characters have been exclusively mine for a long time, but now they belong to everybody. I hope that they grow to be as dear to you as they are to me, and that their story resonates with readers and book groups. I am so pleased to finally introduce them to you.”

Tune in to Jo Whiley’s show on Monday 2 November to hear a live interview with Tammye.

Planning to buy A More Perfect Union for your group? Buy books from Hive and support The Reading Agency and local bookshops at no extra cost to you.