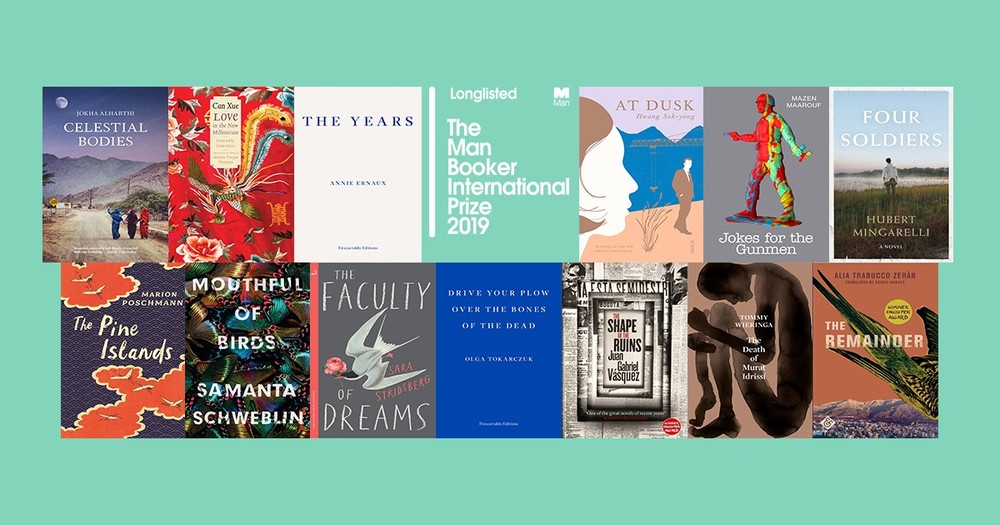 The Man Booker International Prize has today, Wednesday 13 March, revealed the ‘Man Booker Dozen’ of 13 novels in contention for the 2019 prize, which celebrates the finest works of translated fiction from around the world.

The prize is awarded every year for a single book, which is translated into English and published in the UK. Both novels and short-story collections are eligible. The work of translators is equally rewarded, with the £50,000 prize divided between the author and the translator of the winning entry.

The longlist was selected by a panel of five judges, chaired by Bettany Hughes, award-winning historian, author and broadcaster, and is made up of writer, translator and chair of English PEN Maureen Freely; philosopher Professor Angie Hobbs; novelist and satirist Elnathan John and essayist and novelist Pankaj Mishra.

“This was a year when writers plundered the archive, personal and political. That drive is represented in our longlist, but so too are surreal Chinese train journeys, absurdist approaches to war and suicide, and the traumas of spirit and flesh. We’re thrilled to share 13 books which enrich our idea of what fiction can do.”

Join in with your reading group

Are you intrigued by the books on the list? Find out how your reading group can join in and receive copies of one of the books. Six lucky groups will be chosen to read and review one of the titles, and take part in the #MBI2019 conversations across Twitter, Facebook and Instagram.

Discover the groups who took part last year, including The Society of Young Publishers.

What do you think of the 2019 longlisted titles? Which have you read and what will be added to your TBR pile? Add your comments below, or click any title above to leave a review.