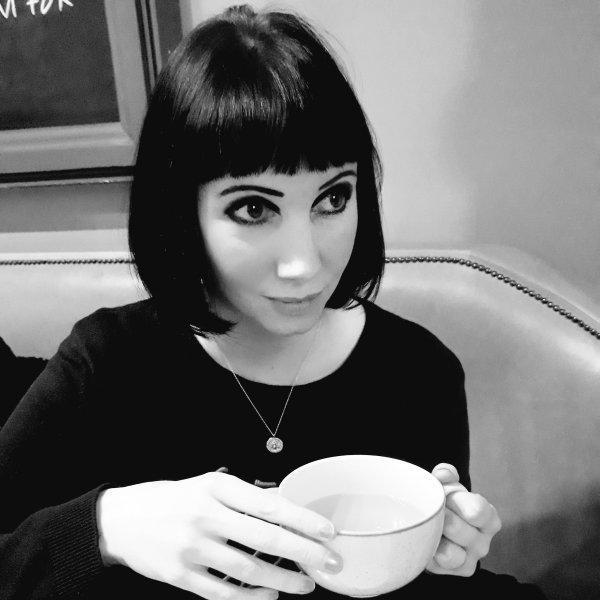 Hazel grew up in Stirlingshire and North Yorkshire before studying English at Oxford. She then moved to London where she spent her days working as a cultural consultant, and her nights dancing in a pop band at glam rock clubs. Hazel is a graduate of both the Oxford University MSt in Creative Writing and the Curtis Brown Creative Novel-Writing course. She now works in Oxford, where she lives with her partner. Heatstroke is her first novel and is published on 28 May 2020.

I’ve never explored a midnight garden, or even a secret one. I’ve never tasted Turkish delight with Edmund. I don’t know which gables are green, or the difference between a swallow and an amazon. The corridors of Mallory Towers and the Chalet School remain untrodden in my mind. Despite spending every Wednesday afternoon holed up in my local library, I never read the classics of children’s literature.

Instead, I devoured scores of brightly coloured paperbacks. The books I read compulsively were not about tuck boxes and manor houses and tragic orphans. They were about first periods and fancying boys and administering makeovers. They verged on trashy, and were all the more glorious for it.

When I was studying English Literature at university, I realised everyone else seemed deeply acquainted with a literary landscape that only existed in my peripheral vision. I briefly considered speed-reading to catch up. But, later, I began to understand my pre-teen impulses. When I curled up on those floor cushions after school every week, I didn’t want escape. I wanted enlightenment. The books I obsessively read and reread (and it really was obsessive – there were over 200 Baby-Sitters Club books and over 150 Sweet Valley Twins) were the ones that depicted a life I knew.

The stars of my literary firmament were Judy Blume, Paula Danziger and Mary Hooper. With wit and insight, they depicted a teenage universe I wasn’t quite part of. It was intoxicating. I craved that adolescent glamour. Who didn’t pass an annotated copy of Forever around a classroom, years before the content was relevant? (Ours was disguised in the dust jacket of The Children of Cherry Tree Farm. Blyton had her uses in the end.) They prepared me for the years I was about to face, giving me the language and stories to make sense of them.

Those books, with their cover illustrations of fashionably dressed girls, looked flimsy next to dusty hardbacks, but there was nothing tacky or trivial about them. They always felt transgressive, discussing things the classic books would never even whisper about. They pushed boundaries in a way that was both thrilling and relatable. They taught me that my concerns weren’t inconsequential. The power struggles and insecurity and jealousies my friends faced were real.

The concerns of girlhood are so often dismissed as frivolous, but we knew them to be important. Those years have such intensity; everything is a risk, everything is felt so deeply. Every joke is hilarious, every slight devastating. Those books with numbered corners, that I read in a feverish rush on the floor of the village library, understood this. They knew the richness of our interior lives. They managed – through their depictions of summer holidays, fancy dress parties, first jobs – to capture the uncertainty of that age. They described the longing and expectation we all wrestled with. Whilst it may have looked light, it resonated deeply.

I never did read those classic books. I’m sure some hold great beauty, but I don’t worry that I’ve missed out. My literary foundations are strong – and they inform my choices every day. I sometimes read to escape, but more often to be pulled further into my own concerns and preoccupations. I’m still drawn to fiction that illuminates the world I know. I still read to fathom the way I can exist within it. And I’m still able to conduct a superb makeover. 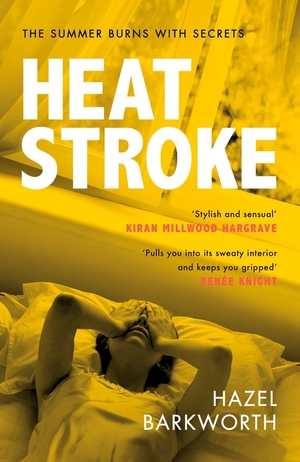 To be in with a chance of winning one of 10 copies of Heatstroke download the free digital pack on The Reading Agency shop and send your completed feedback form by 31 July.

Order your pack by 25 June. You will have until 31 July to send your completed feedback form to get a chance to win a copy of the book.
Open to UK residents only.