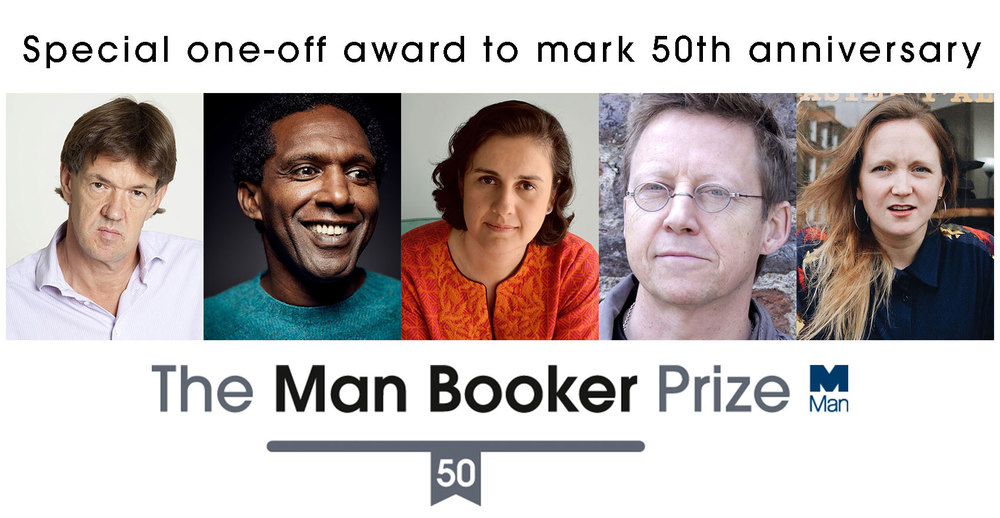 The Booker Prize Foundation today, Friday 16 February 2018, launches the Golden Man Booker Prize to mark the 50th anniversary. This special one-off award will crown the best work of fiction from the last five decades of the prize, as chosen by five judges and then voted for by the public.

Since it was first awarded in 1969, the Man Booker Prize has become the leading prize for quality fiction in English. The Golden Man Booker will put all 51 winners – which are all still in print – back under the spotlight, to discover which of them has stood the test of time, remaining relevant to readers today.

Each judge will choose the best winner from their particular decade, and will champion that book against the other judges’ selections. The judges’ ‘Golden Five’ shortlist will be announced at Hay Festival on 26 May. The five books will then be put to a month-long public vote to decide the overall winner, announced at the Man Booker 50 Festival on 8 July 2018.

“The very best fiction endures and resonates with readers long after it is written. I’m fascinated to see what our panel of excellent judges – including writers and poets, broadcasters and editors – and the readers of today make of the winners of the past, as they revisit the rich Man Booker library.”

You can revisit the previous winners by joining in with the #ManBookerPrize50 challenge on Instagram.

From 26 May, you can vote for your favourite of the ‘Golden Five’ shortlist on the Man Booker Prize website. Until then, you can review any of the winning titles you have read on our book reviews page.

The Man Booker 50 Festival will run from 6 to 8 July across Southbank Centre’s 17-acre site in London. The full programme and tickets will be available soon.

To hear the most up-to-date news on the prize, listen to the Man Booker Prize Podcast series, and learn more about the prize’s history, visit their website.