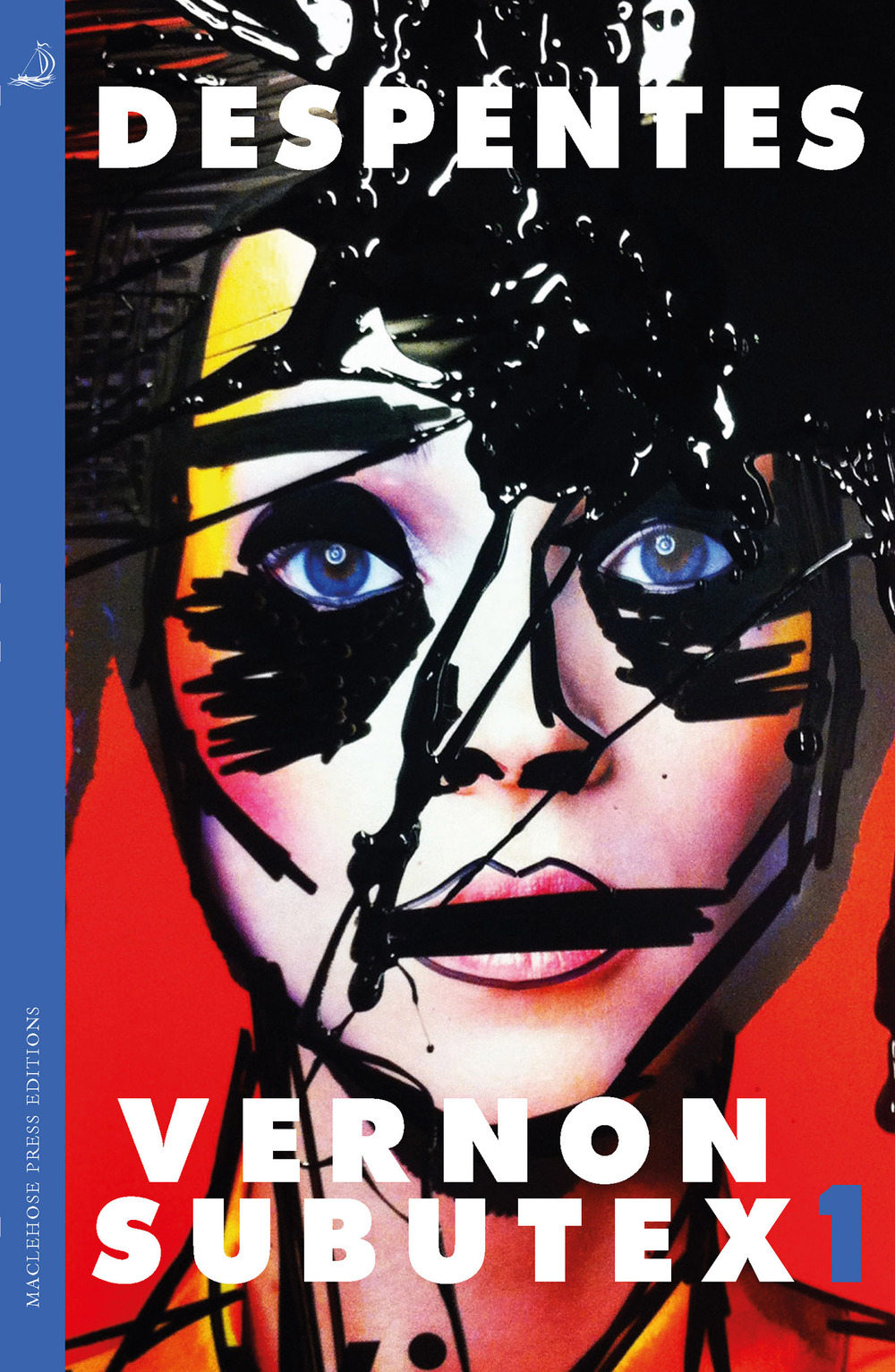 Have you read Vernon Subutex One? Do you want to know what other readers thought? You can read in-depth reviews from our shadow reading group, or leave your own.

Want to know more? Download a Readers’ Guide for Vernon Subutex One, including information about the author and translator, as well as some discussion notes and themed reading.

Want ideas on what to read next? We’ve created a supporting booklist with suggestions of other books that you might like to try if you enjoyed Vernon Subutex One, including books with similar locations, writing styles or genres.

The view from the Writers’ Reading Group

Writers’ Reading Group are one of the brilliant reading groups shadowing the prize this year, and have been reading Vernon Subutex One. Read their in-depth review of their shadowing experience. 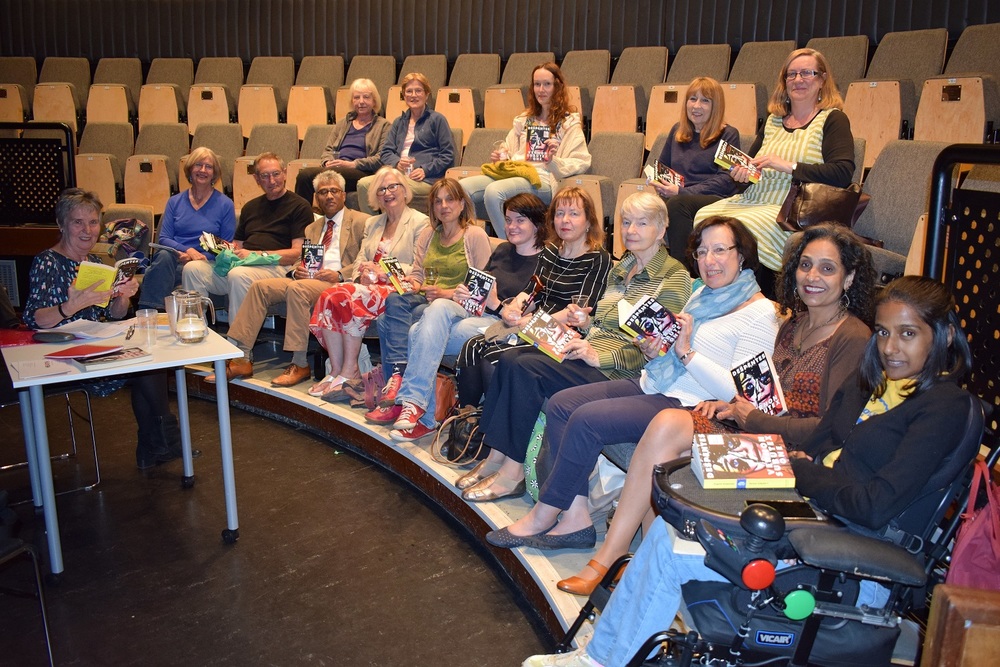 “When we were chosen to be one of the six groups to shadow the MBI2018, we all felt a great sense of privilege and, as time went on, and we came to understand more about the newness of the Prize, this feeling increased- along with a sense of responsibility to the writer/translator team of the book we had been allocated, Despentes’ Vernon Subutex One.

We were very pleased indeed to have been allocated this book, because we all felt that it was controversial – but also because, if we were to be also discussing the quality of the translation, we were likely to be able to reflect on it in an informed way, as some people in the group spoke and read French at a relatively high level. I am lucky enough to have French friends who love reading, so I set up a mini Writers’ Reading Group in France who fed back their impressions of the translation and the writer by email, which we have submitted as one of our reviews. Through listening to their comments, and those of fluent French readers in the group, we learnt all about French slang “argot” and also the French language of sub culture – Verlan – in which the letters are reversed or mixed up- as in “meuf” for woman (“femme” backwards). One of the French reviewers noted that “woman” in the English translation didn’t convey the strength of “meuf” but that point leads to the whole question of how you translate Verlan at all. At other points in the book, however, Frank Wynne does offer a brilliantly creative version of Verlan through quasi Chaucerian or language – such as to “humblebrag” for boasting and “logorehhea” for verbal diarrhoea. Bernie noted that some of the language used by the Irish translator had echoes of James Joyce. The French readers compared Vernon Subutex One to Trainspotting – which begs the question immediately of how Scottish idiom/slang in that book was ever translated into other languages.

The Writers’ Reading Group submitted 16 individual reviews on the book – all of which pick up different points and give wonderful expression to the breadth of our responses to Vernon Subutex One, including a creative response by Josie in the form of a poem – Vernon Subutex Dreaming – after Matthew Sweeney’s Fishbones Dreaming. When we had our group meeting about the book, Josie and Sweeney’s theme of the loss of freedom, matched our discussion about the character of Vernon himself. Is he, as Jackie said, “one of life’s takers?”, i.e. someone who benefited from the generosity of others; financially from Alex Bleach, and emotionally and sexually from the many women in his life? Is he a charming friend (Ros discovered that Vernon is apparently French slang for “good mate”) who brings light into people’s lives through good conversation, good looks and brilliant DJing skills or is he like the centre of his own vinyl – a void, about whom we learn from other people’s varied perceptions of him rather than his own voice? Or is he a man of integrity, as others have suggested, who sticks to his own “thing” (his love of music) and who moves on and moves on until he becomes a real “hobo”, with nothing but his courage to opt out of being a wage slave in the fragmented, consumerist, racist and violent city Paris has become. Or is he, as Karam suggested, a typically infantile man who never grows up and, unlike some of the women in the book, can’t adapt to changing circumstances?

And, talking of voids at the centre, we also discussed the mysterious last video tapes of Alex Bleach, the beautiful, but possibly talentless dead singer, which are Vernon’s only possession, and, unbeknownst to him are of huge value because no-one knows what is on them – and everyone fears (and hopes?) are about them…

Our two-hour discussion touched on many other topics, including Despentes’ dark comedy and use of multiple viewpoints, resembling film and TV, in which a dizzying array of shifting points of view are presented, reflecting the fragmentation of modern life, leaving us exhausted at the end of reading. Some people felt that the world Despentes depicts is too dark and outrageous, including as it does racists, domestic abusers of women, ex porn-stars, professional internet trolls, people in gender transitions, drug addicts and drug dealers but others felt that the book was written with a lightness of touch which never served to trivialise – but ultimately opened up possibilities of redemption and profound human contact, as opposed to the inhumane contact of social media. We learnt that Despentes was influenced by American series such as The Wire – compelling us against original expectations, to want to read the other two books, to find out what happens to Vernon, his friends and enemies – and, perhaps, what’s in those elusive Alex tapes…

Everybody in the Writers’ Reading Group group felt that they really benefited from participation in shadowing the Man Booker International Prize and would love to be involved in another project of this kind. Although we have been meeting together for a long time, it was felt that this experience has moved us into a new type of appreciation of books involving writing reviews, as well as sharing creative and critical responses in a group setting.

We have resolved to continue to include review writing amongst our activities, as we felt that it deepened our discussions and further enhanced our understanding of the skills of writing and translation. Most of all – we all really enjoyed our group meeting about Vernon Subutex One – full of great observations and laughter and conversation about a great contemporary novel. Respect to Virginie and Frank!”